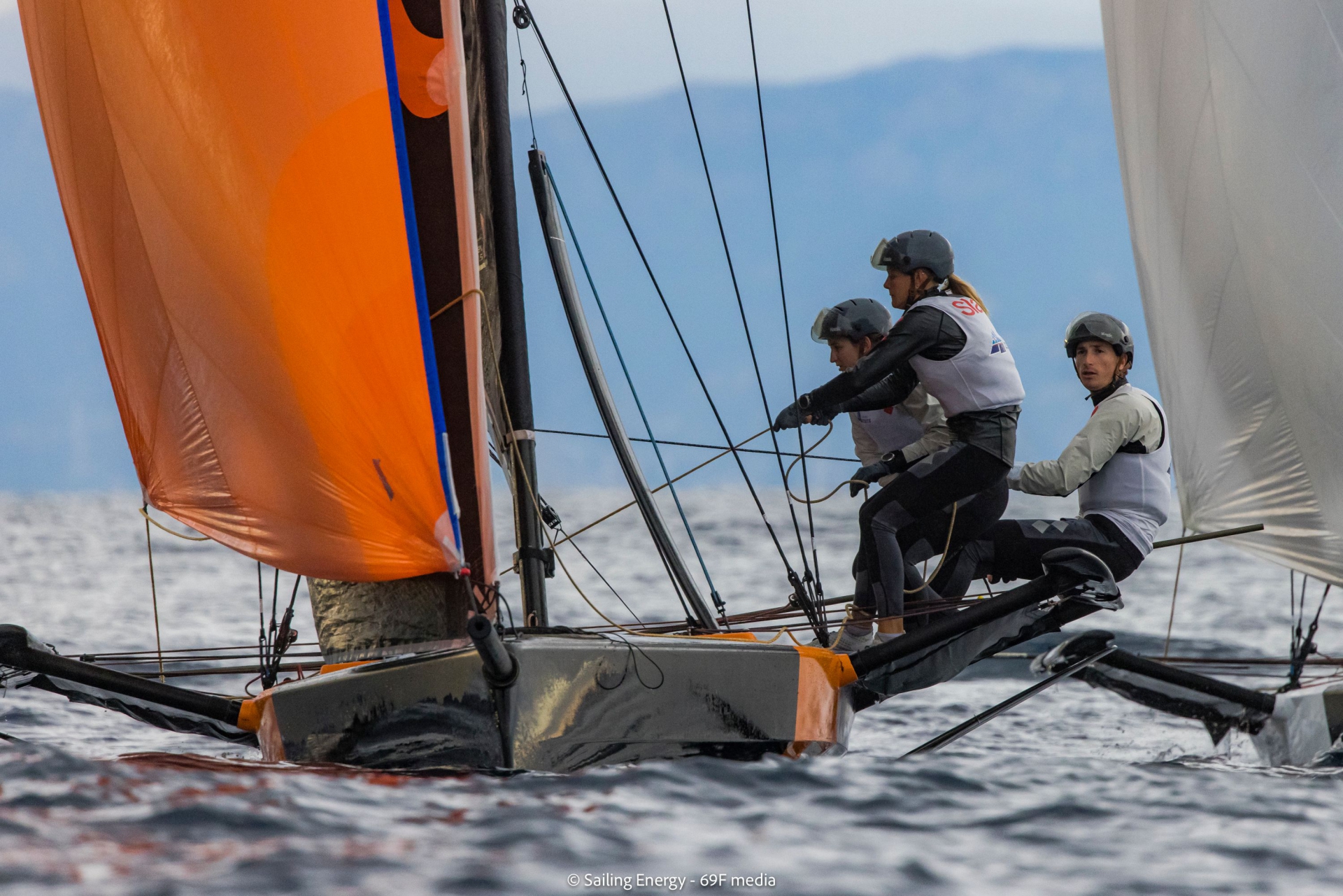 Cagliari, 28 October 2021. A lack of wind meant that the third round of knockouts scheduled for today, day eight of the final leg of the Youth Foiling Gold Cup, could not be held. Young Azzurra will be back on the water tomorrow to complete the three direct-elimination races in the series, before the event continues with the finals.

The YCCS team and the other six participating crews had a long wait today as an immediate dock out was called after the 2 p.m. briefing. The Persico 69F fleet was towed around 4 miles off Poetto beach, to an area where the 6 to 8 knots of breeze allowed the races to complete the second round of knockouts to be held. Young Azzurra started the first race of the third series, however on the third leg an incoming storm left the course windless and racing was cancelled for the remainder of the day.

Tomorrow, 29 October, the intention is to complete the third round of knockouts and then continue with the finals of the leg.