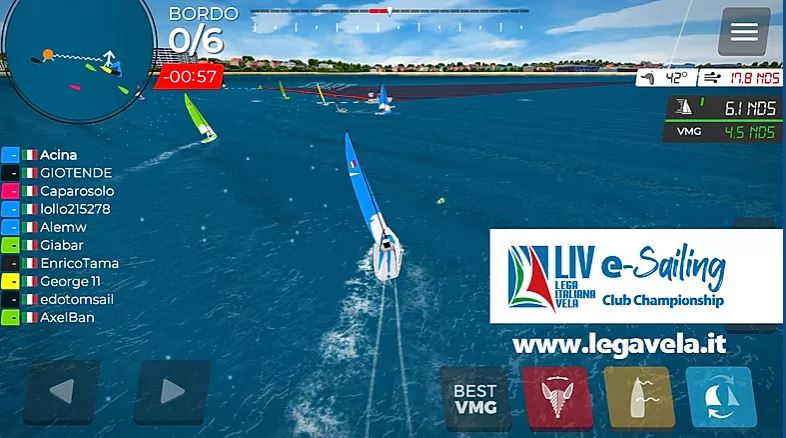 Porto Cervo, 27 April 2020. LIVe-Sailing Club Championship is the name of the virtual Sailing Championship proposed by the Italian Sailing League (LIV - Lega Italiana Vela) to keep the passion of sailors and sailing clubs for the sea and sport alive in this period of forced pause due to the Covid-19 emergency. The e-game follows a new formula, where the results of each individual player contribute to raising their club's ranking.

The races will be held on a windward-leeward course on board virtual J/70 boats, the same format used by the League on real-life regatta courses. Starting from qualifiers up to the semi-finals, for each stage of the game each club will conduct 12 fleet races, each with a maximum of 8 boats participating. The three club helmsmen will alternate at the controls, each participating in four races and the sum of the scores obtained will make up the ranking for the club. The teams that finish in the top half of the classification will progress to the next round. The 8-team final, again with 12 races in total - will decree the winner of the LIVe-Sailing Club Championship.
The triumphant team will win a training day aboard a J70 with an Olympic Sailing Champion, an opportunity offered by Legavela Servizi.

Racing will always take place at the weekend, according to a schedule that will be communicated at the close of registrations. The first starting signal is set for Saturday 2 May at 10:00.