August 1972 saw the first edition of the Settimana delle Bocche held in Porto Cervo. The "Week of the Straits" was the first international regatta organised by the YCCS.

In the early 1970s, the international yachting scene was completely different to the one we know today. Regattas, although competitive, did not feature crews made up of professional sailors, but were steeped in a spirit of traditional seafaring, and there were relatively few Italians challenging a traditionally Anglo-Saxon world. Among them were Giorgio Falck with Guia, Admiral Straulino on Kerkyra, Moratti and Nicolò Donà dalle Rose on Viva, Cino Ricci with the Comet 910 that won the Middle Sea Race, Giorgio Carriero on Sagittarius, Serena Zaffagni's Mabelle, and Commander Monzino's Mait II - all, or almost all of whom, were protagonists at the first Settimana delle Bocche, held in Porto Cervo 50 years ago, along with Bill Ficker at the helm of Charisma.

The basic idea behind the Settimana delle Bocche was to hold something similar to Cowes Week in Sardinia, bringing together the top boats in the Mediterranean, leveraging three fundamental points: the August holiday period, which provided enough time for a week of racing plus the trip to the island of Sardinia; a particularly windy location (given that, with August's high pressure, most other areas are windless), and the location, essentially midway between the French and Italian coasts.

The records show that there was plenty of sun and wind, and all, or almost all, of the best boats in the Mediterranean participated, along with Charisma, one of the most competitive American yachts with the best helmsman in the world at that time, Bill Ficker. In the archives, in addition to photos from the event, we found another document of equal importance, a taped recording of an interview with Giorgio Falck, at the time probably the most high-profile Italian owner, who commented on the first day of racing: “Charisma beat us with fresh wind but not by much, without humiliating us, by that little bit that was down to a helmsman like Ficker and a practically professional crew. On the first triangle they beat the old Mait II by only 7 seconds, on the second triangle Tarantella, but by only 3 minutes and after that, with medium to light winds, we gave Charisma as good as we got.” 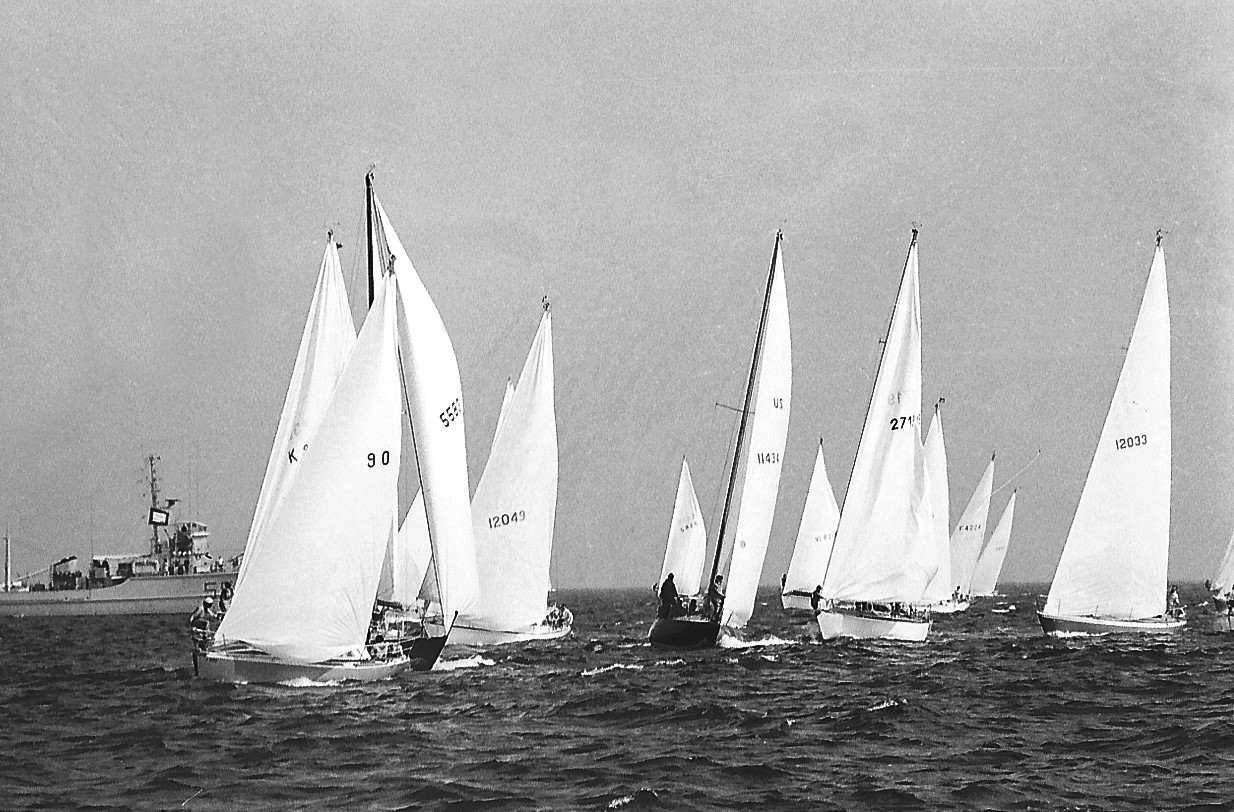 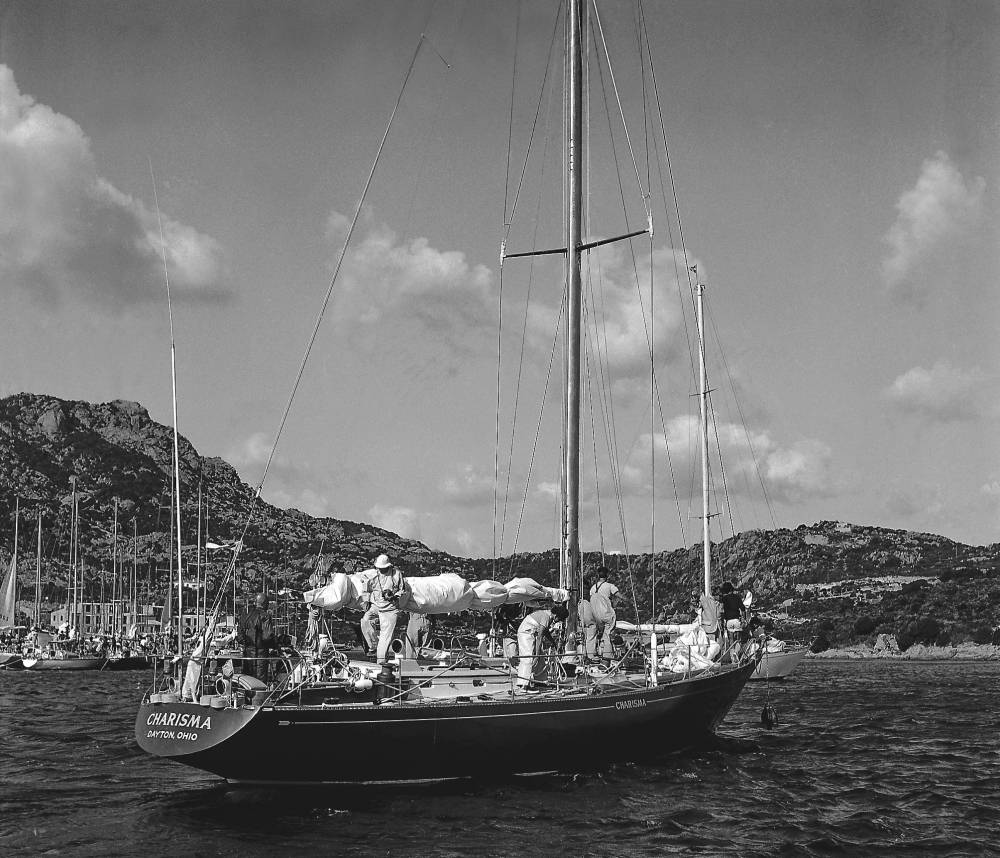 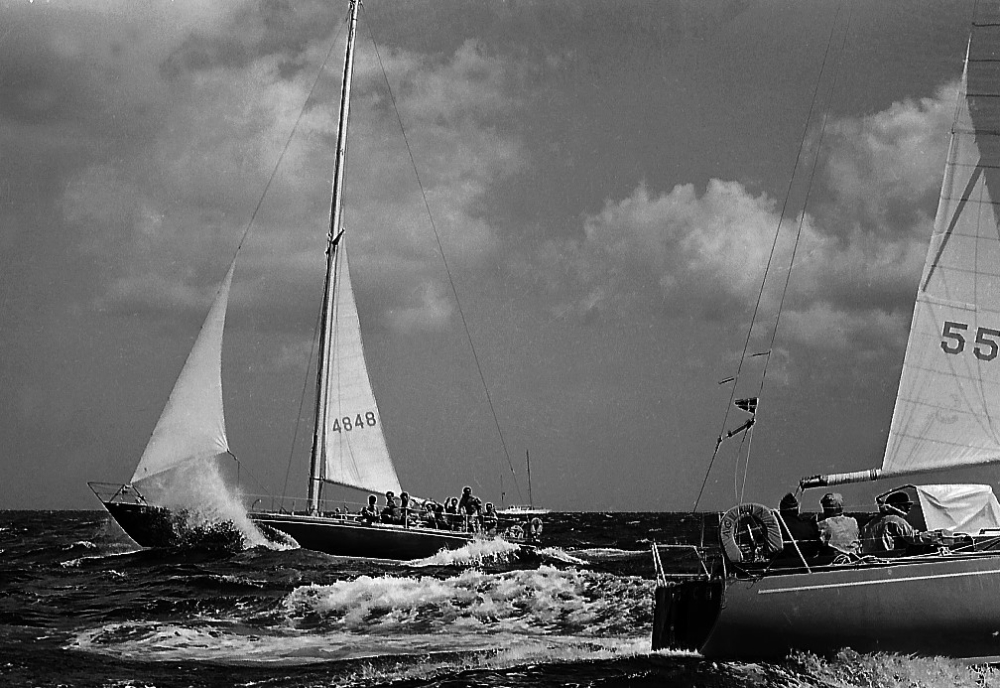 Racing took place on boats that were also used for cruising, although hulls had begun to appear that were built to exploit the ratings systems, others were made lighter and faster, a scandal in the eyes of many owners. Vanilla, Viva and Villanella, designed by the celebrated engineer Carcano, took part in the first Settimana delle Bocche, causing Falck to comment: “the principle of these ultralight displacements is the following, they are boats that in certain conditions will win automatically, without any merit on the part of the crew. In the first triangle with two planing reaches, Villanella and Viva achieved the best compensated times, but one has to wonder with what satisfaction, given that they passed the other boats at twice the speed: in opposite conditions they would lose just as automatically, without any fault on the part of the crew. There is something amoral in all this, all the more if we add that racing, instead of being a pleasure, becomes a torture due to the lack of space, comfort, height, heavy stresses in all senses, and the continuous drumming that prevents rest.” It is interesting to note that nowadays similar criticisms are levelled at foil-assisted boats, which are unbeatable when conditions allow them to transition into “flying” mode.

The races in that first edition were varied and exciting, featuring a mix of technical triangular courses off Porto Cervo and long offshore races. On 2 August the fleet left for the island of Asinara, returning the following day: that race was won by Charisma, with Levantades in second place and Giorgio Falck's Guia in third. On 5 August at 2 p.m., the fleet left for Giannutri, “the island of the seagulls”, a 220-mile route that saw Mabelle, Charisma and Guia as the first boats to return, with the latter winning in compensated time. In the other classes victory went to Orca and the “omnipresent” Kerkyra.

The overall winner of this first edition of the regatta, in the end, was Guia.

Thanks to the Settimana delle Bocche and later the Sardinia Cup, the YCCS and the race course off Porto Cervo

garnered the international renown that is cemented each year during the regattas organised by our Club. 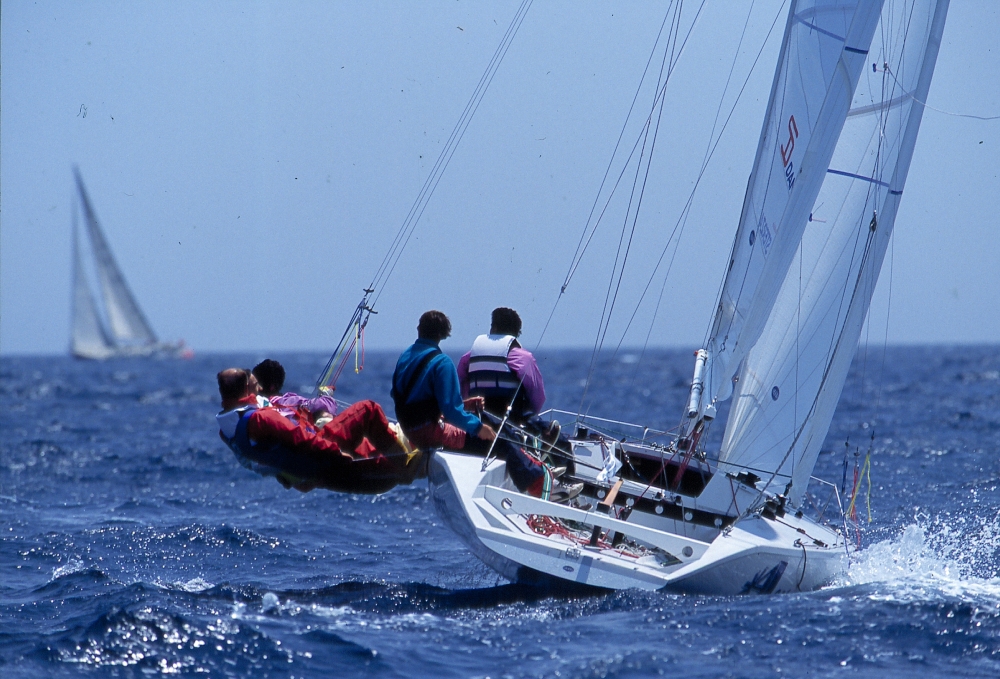 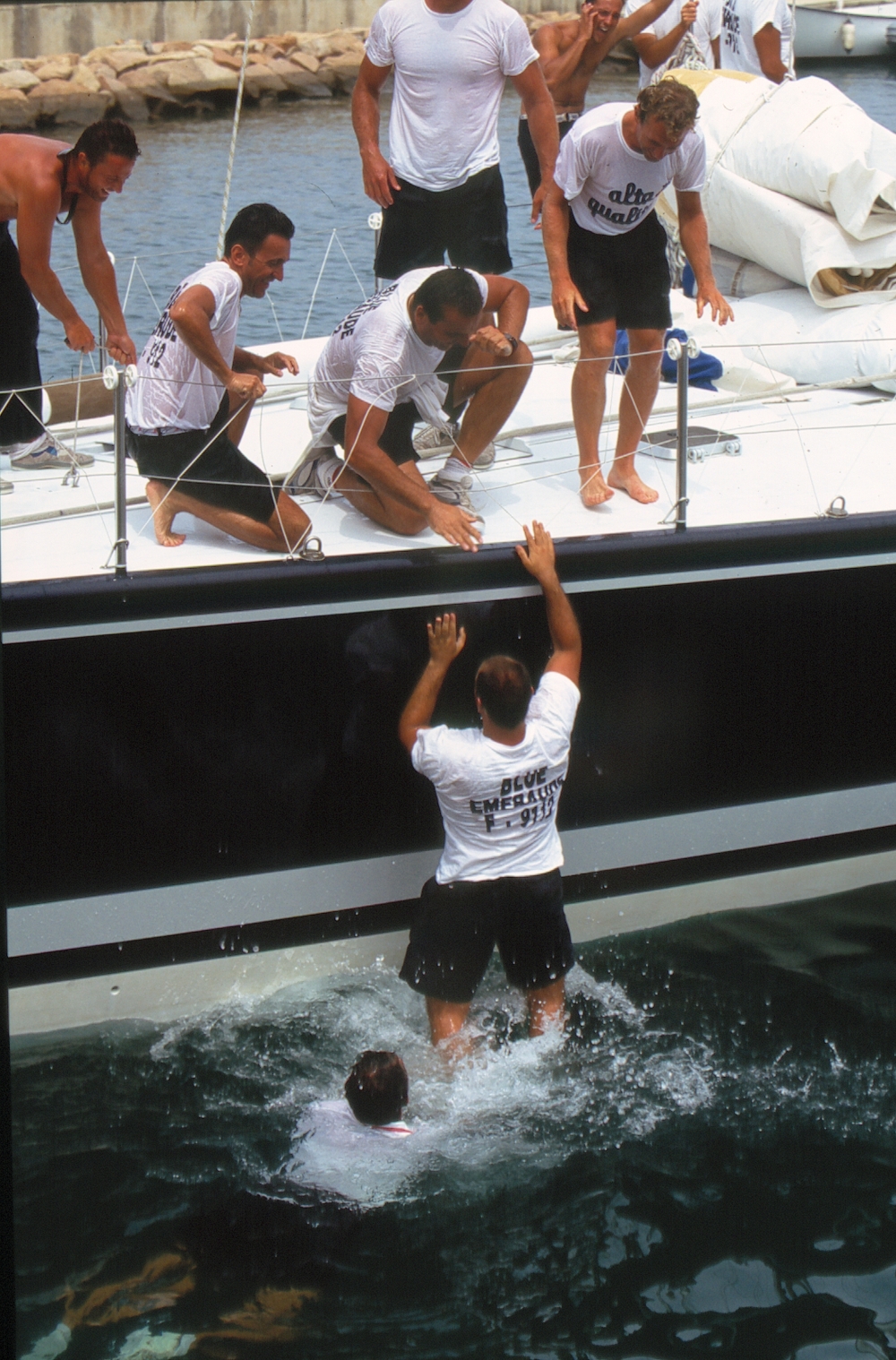 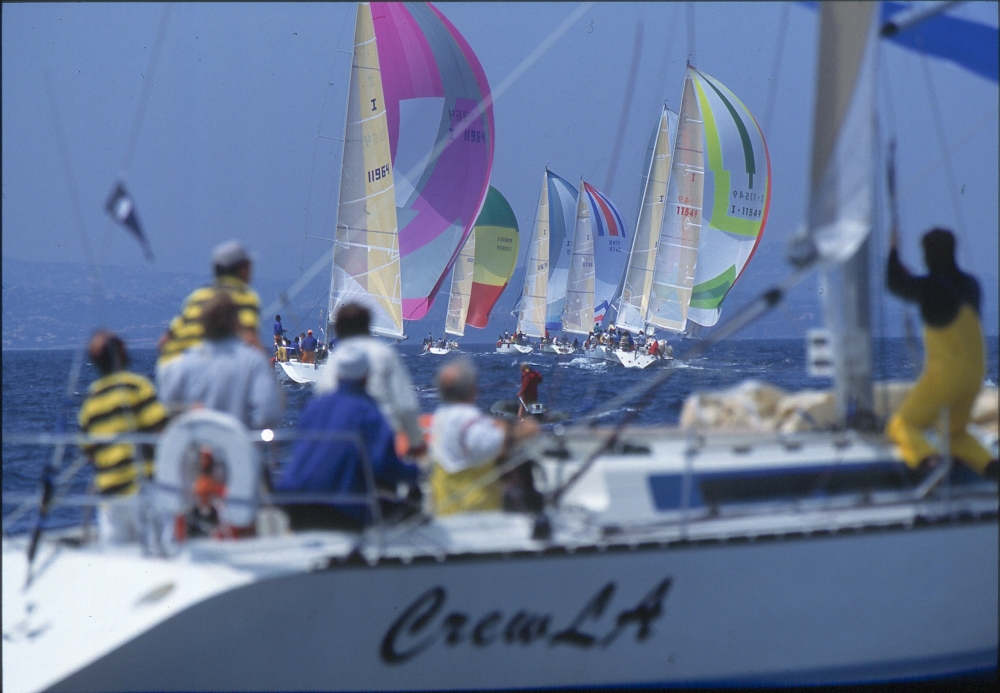