Who doesn't know the Laser, the little racing boat featured in the Olympics and beaches all over the world? To date, about 220,000 Lasers have been built, and with 2021 marking 50 years from design's presentation at the New York Boat Show in 1971, this is success story worth telling.

The popularity of this little dinghy rests as much on a decidedly good design by Bruce Kirby - simple, performing, innovative, and still valid 50 years on - as on a winning idea by Ian Bruce, a product developer, whose customers included a distributor of products for sports and outdoor pursuits. The Weekender - which would later become the Laser - was not created with the intention of “making a new boat”, but rather as an addition to a complete range of outdoors products, with the requirement of being easy to transport, including on the roof of a car. As the client's interest faded, the entrepreneurial spirit of Ian Bruce, who was also a keen sailor, inspired him to build and distribute the new dinghy designed by his friend Kirby. Born in Ottawa, Bruce Kirby was himself an excellent sailor, representing Canada three times at the Olympics, in Melbourne ’56 and Tokyo ’64 (Enoshima) on the Finn and on the Star in Mexico (Acapulco) in 1968. 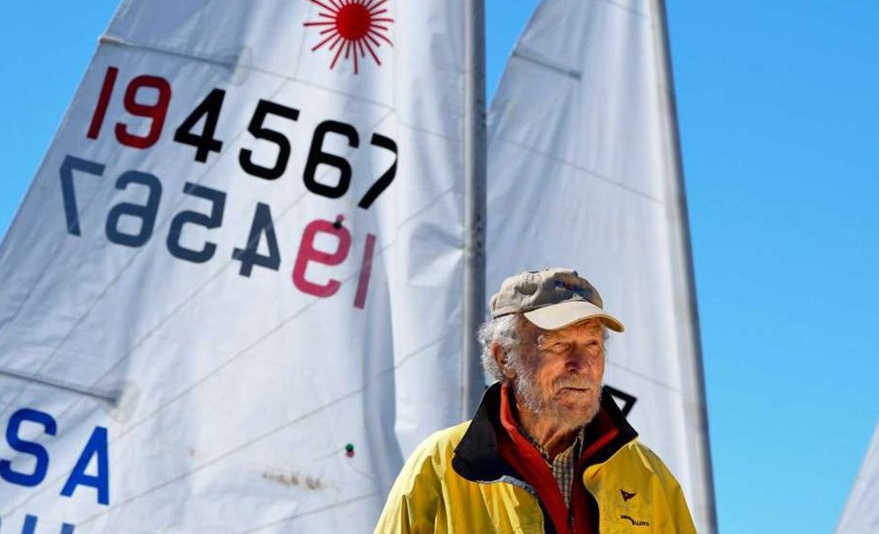 His main job was as a reporter for a Canadian newspaper and he never abandoned journalism, continuing to write for Sailing World. Sailing had always been a part of his family, in a 2019 interview he recalled listening to radio broadcasts of the America's Cup with the J Class along with his father and brother. "I’m probably," he added “the last person still living to remember the moment, in 1937, when the reporter announced the victory of the defender Ranger over the challenger Endeavour live on the radio.” Staying on the theme of the America's Cup, it’s also worth noting that he designed the two 12 Metre Class boats for the Canadian challenge in the 25th America’s Cup held in 1983 in Newport R. I., the same edition that saw the debut of our own Azzurra. As a designer he was self-taught “yacht design is not brain surgery, even if we make out that it is..." he concluded jokingly. Prior to the Laser, and indeed after it, he designed numerous boats and dinghies which he tested personally.

The first example of what would become the Laser was built in 1971 in a somewhat of a rush, in order to take part in a race for dinghies that cost less than $1,000, an initiative promoted by the nautical magazine that Kirby wrote for. The 4-metre boat immediately sparked interest and sales requests. The name Laser was chosen for the debut at the New York Boat Show of 1971, in homage to that coherent beam of light that at the time represented a technological wonder. One hundred and forty-four boats were sold at a price of $700, or $695 to be precise. Over the course of 50 years, thousands of sailors have been able to enjoy the Laser and great champions have written pages of sailing history on it, such as the iconic duel in Sydney 2000 between Robert Scheidt and Ben Ainslie, ultimately won by the latter. On the flip side, the boat's Olympic status has led to a series of lawsuits relating to intellectual property and the right to build the Laser, which took part under its original name for the last time at the Tokyo Games. From now on it will have to be called the ILCA (International Laser Class Association). The father of the Laser passed away just a few days before the start of the races, on 18 July 2021, at 92 years of age.