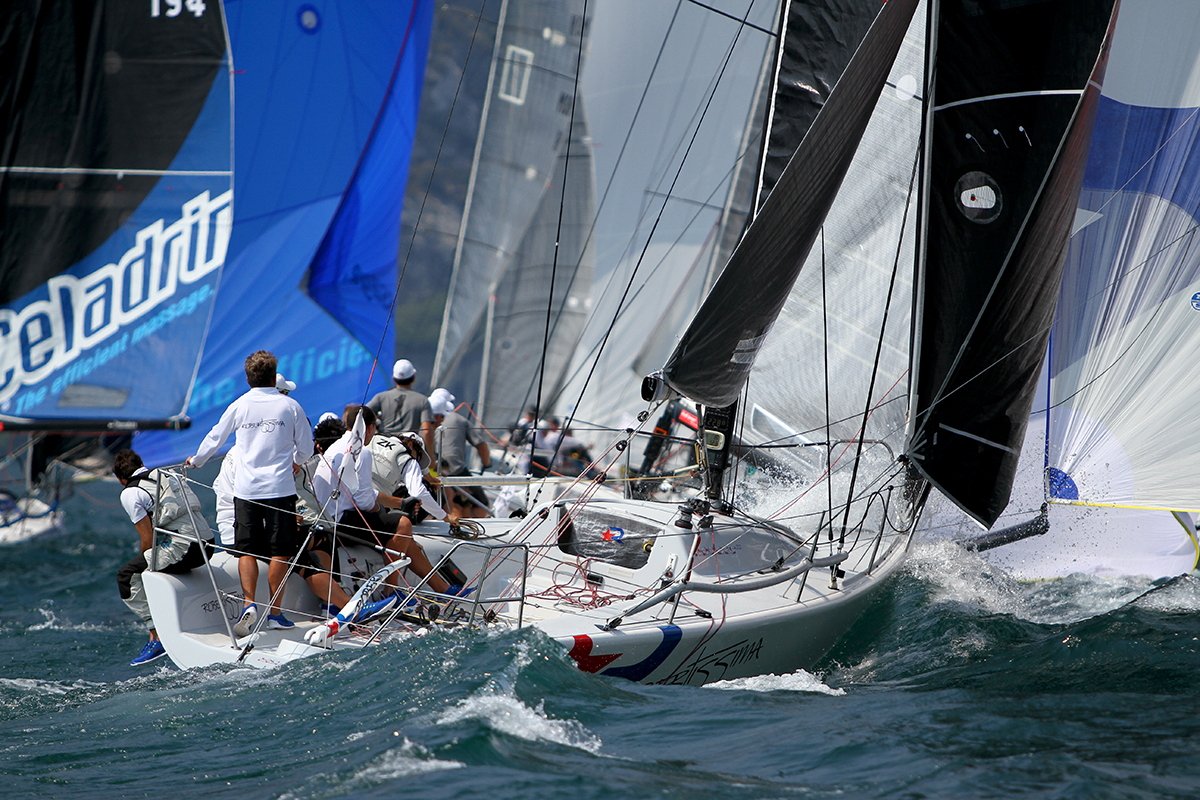 Tomasini Grinover is no stranger to winning on the waters of Lake Garda, and in the final two races held on this final day in Riva, he had no problems showing that he could win again. His sixth place finish in Race Seven was enough to keep him in the running. His big win in Race Eight helped him dismiss Dalton DeVos on Delta from his first overall position.

DeVos took over the leaderboard on Saturday but was unable to hold on. A fifth place finish and a disappointing seventeenth enabled Tomasini Grinover the win. Jason Carroll on Argo won Race Seven, however suffered a nineteenth in Race Eight (his discard) to remain firm in third overall. Giangiacomo Serena di Lapigio's G-SPOT was fourth, while 2015 Audi-Tron Sailing Series Loano Champion Alessandro Rombelli's STIG made more considerable improvements on the final day to land top five.

The 2015 Audi-Tron Sailing Series is hosted by Fraglia Della Vela Riva and organized by B.Plan Sport & Events (BPSE) in cooperation with Melges Europe.

The next destination for the Melges 32 Class is Porto Ercole. Happening on July 10-12, the fourth edition of the Audi-Tron Sailing Series shall complete before heading to Trapani for the World Championship. On August 24-30, teams will go head-to-head in this beautiful part of Italy for the crowning of the seventh World Champion.

SAVE THE DATES - MARK YOUR CALENDARS
To attend these three amazing events that will satisfy your winter racing desires, all in one location - hosted by the Lauderdale Yacht Club in Ft. Lauderdale, FL USA. Stay close to melges32.com
For full announcements and information regarding the 2015/16 Blue Water Series. For immediate inquiries please contact North American Class Manager, Sam Rogers.