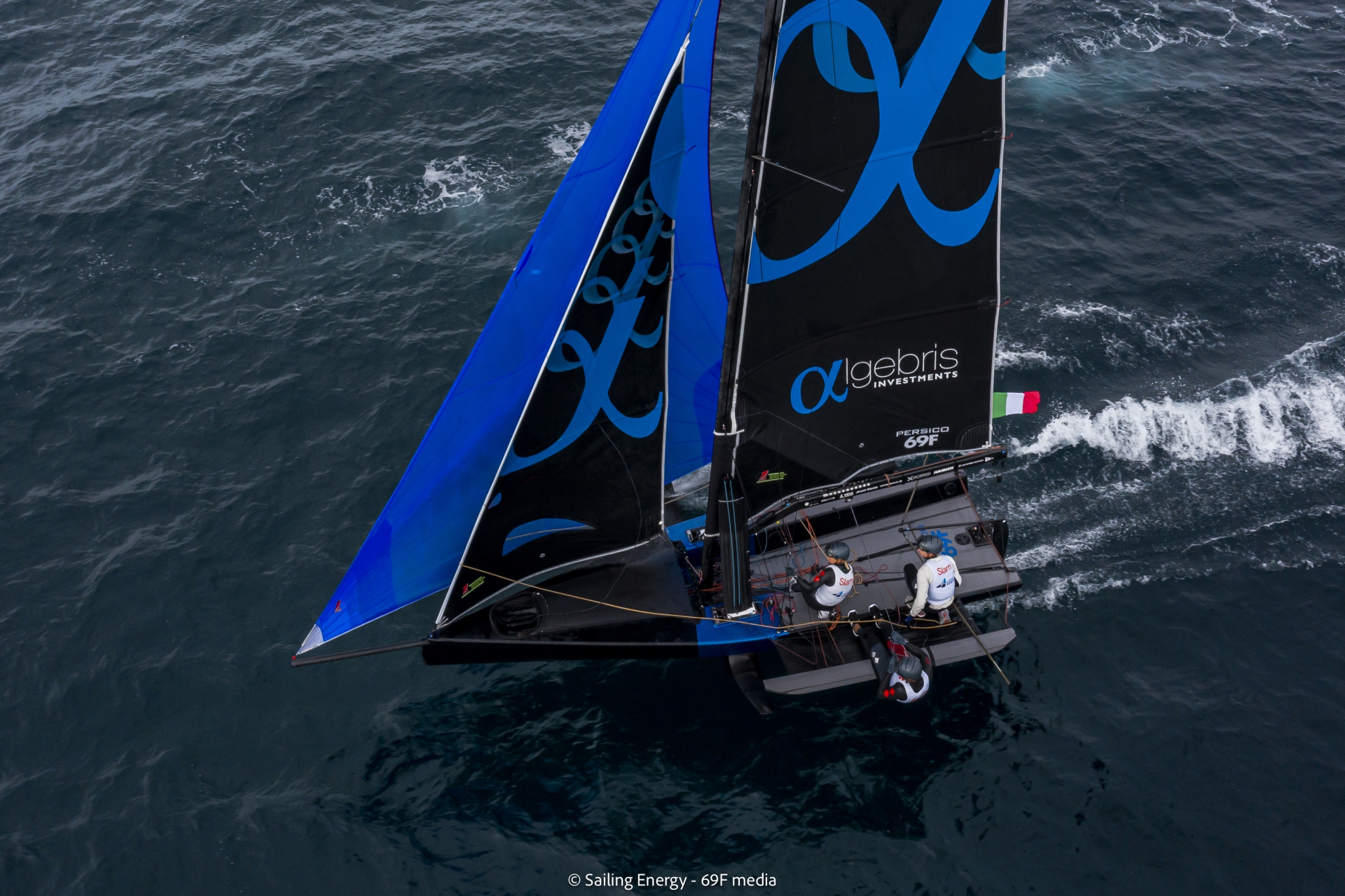 Cagliari, 30 October 2021. Six races were held in today's second day of the finals of the Youth Foiling Gold Cup Act 3. Currently at the helm of the standings is the Dutch Sail team, followed by Team France and Team Argentina. Today's results saw Young Azzurra drop back to fourth place in the provisional overall classification.

The day was characterised by a light breeze from the south of about 8-9 knots, which accompanied the six teams left in the competition following the knockout rounds. Six races were completed in the waters off Cagliari's Poetto beach, in what proved to be an intense and complex afternoon for the Young Azzurra team, who failed to reproduce the brighter performances of recent days.

Starts were a problem for the YCCS team, who on occasion found themselves behind the fleet and struggling to regain ground. In the third race of the day however, a start on the right end of the line enabled Young Azzurra to gain and hold second place for the duration of the race. Four fourth places, a fifth and a second take the team to fourth place in the provisional overall classification, six points behind the teams on equal points in second and third place.

Ettore Botticini, skipper of Young Azzurra: "The second day of finals here in Cagliari was a difficult one for us. We need to work on the starts and change our approach, the level within the fleet is very high. We still have a day ahead to make up ground, and then the final of the circuit begins.”

Tomorrow, 31 October, will be the final day of the Youth Foiling Gold Cup Act 3. In addition to the top two teams from this leg, the crews that placed first and second in the legs held in Gaeta and Limone will also proceed to the Grand Final of the circuit. Having placed second in the first leg of the season in Gaeta, Young Azzurra has already secured a place in the event, scheduled to run from 1 to 3 November.