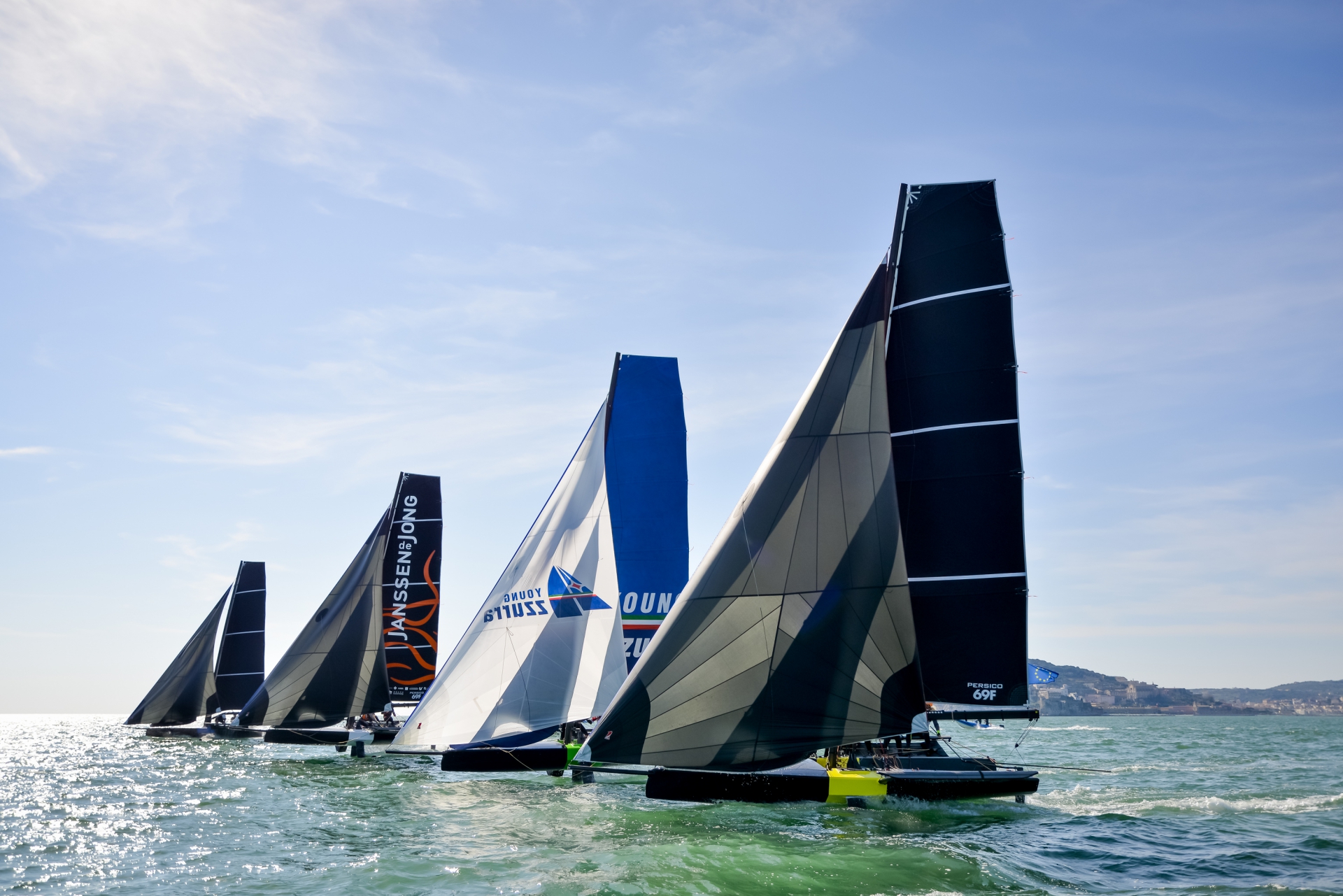 Porto Cervo, 5 July 2021. Young Azzurra, the sporting project launched by the Yacht Club Costa Smeralda (YCCS) in 2020, is back in her home waters of Porto Cervo to take part in the Grand Prix 2.1 and the Grand Prix 2.2 of the Persico 69F Cup circuit, taking place from 5 to 10 July and 12 to 17 July respectively.

The team composed of skipper Ettore Botticini, flight controller Federico Colaninno and the two mainsail trimmers who alternate on board, Erica Ratti and Francesca Bergamo, returned to Porto Cervo last week to resume training under the guidance of coach Gabriele Bruni. The last time the team foiled together on the waters off Porto Cervo was during training in November 2020.

Young Azzurra claimed victory in the Grand Prix 1.1, the first event in the circuit, in Malcesine (Lake Garda), and from 8 July the team will begin two intense weeks of competition in the two Persico 69F Cup events alongside eight other participating teams.