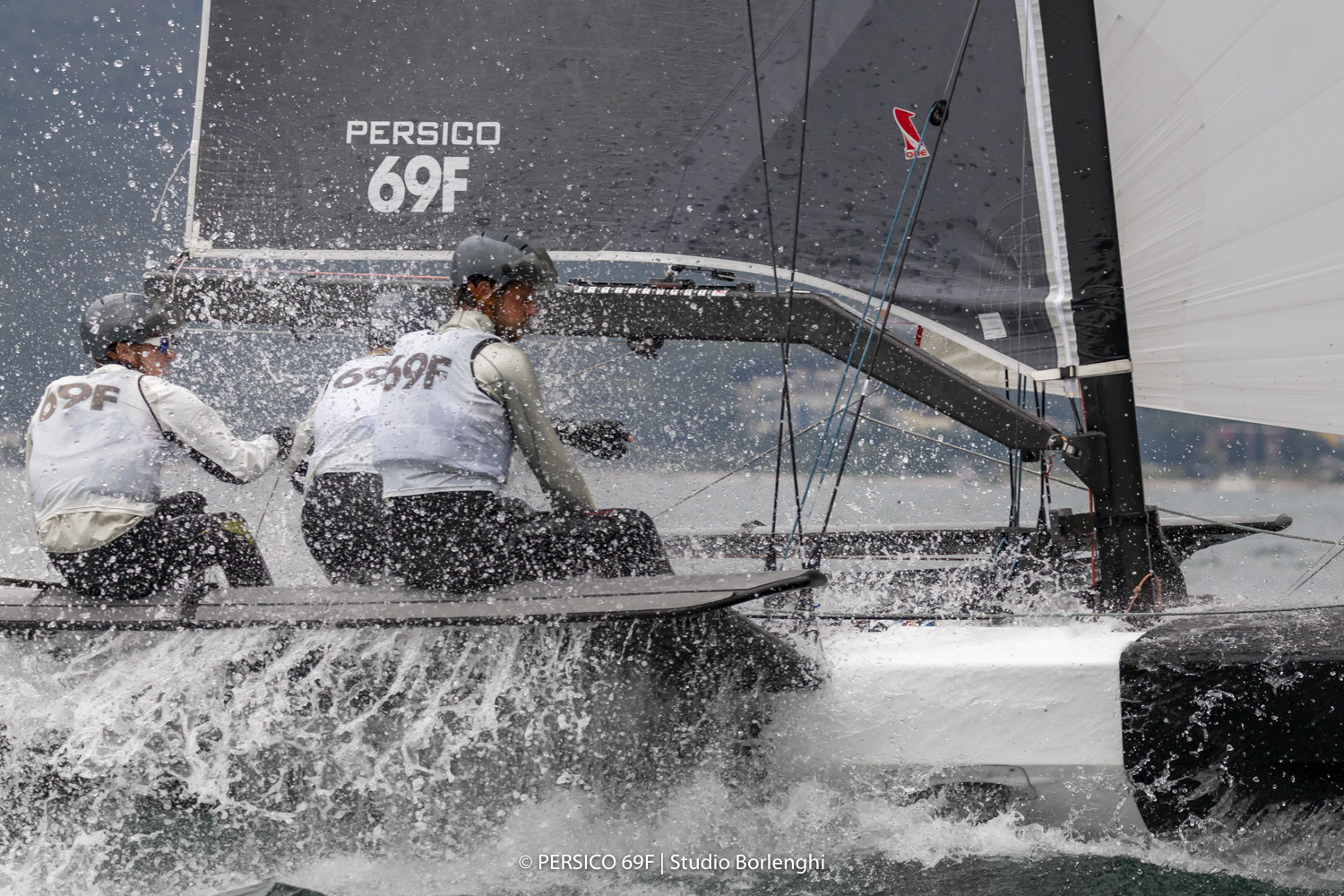 A total of 10 races were completed over the course of the three-day event, which got underway on 1st October. An intense first day saw seven races held, while conditions on the second day brought racing to a forced stop. Today, after a morning of unstable weather, the fleet took to the water at 1:30 p.m. to kick off the day's racing in a breeze fluctuating between 7 and 11 knots. Young Azzurra notched up a fifth, a first and a third place today to finish in second place overall in the general classification.

The team composed of Ettore Botticini (skipper), Federico Colaninno (flight controller), Francesca Bergamo and Erika Ratti, has trained extensively on Lake Garda and towards the end of October will move to Porto Cervo in view of the Grand Prix 4 Persico 69F taking place there in November.