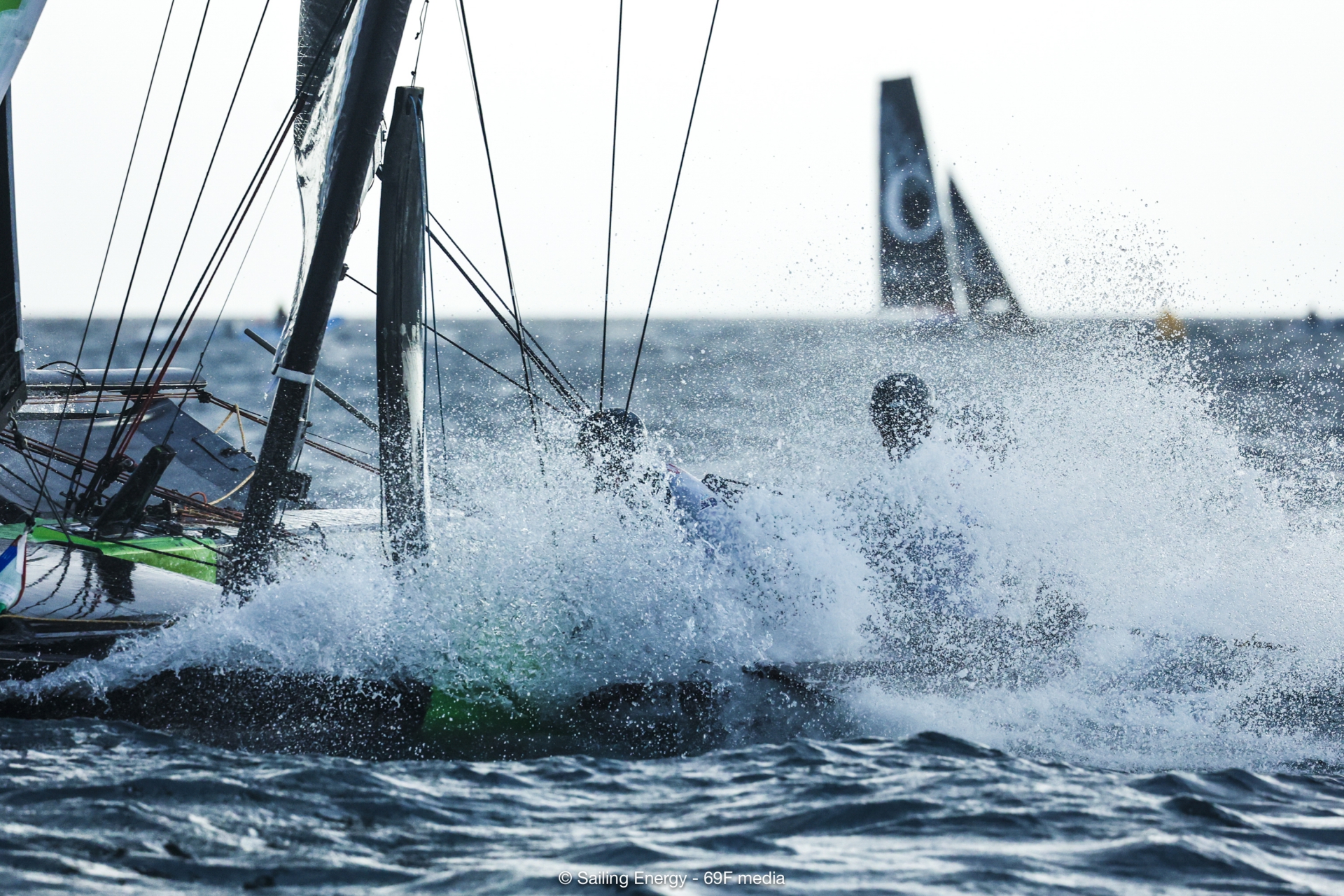 Cagliari, 1 November 2021. A long wait ashore preceded the start of racing on the first day of the Grand Final of the Youth Foiling Gold Cup. With two races completed, Young Azzurra is currently in second place in the provisional standings, behind Okalys Youth Project and ahead of Dutch Sails.

All the crews participating in the final of the circuit today faced new courses and new rules. For the first and second day of the event a maximum of six races per day are scheduled, while the third and last day will be decisive with a maximum of three races taking place - the second of which will be worth double points and the last quadruple points.

After the long wait, racing kicked off at around 3.30 p.m. this afternoon, accompanied by very challenging conditions with a south-westerly wind of 14 to 21 knots, gusts of up to 26 knots and bumpy seas. The wind fell for race two, before the arrival of a thunderstorm, which meant that no further racing could take place.

Following a fourth-place finish overall in the last leg of the Youth Foiling Gold Cup yesterday, Young Azzurra opened the Grand Final with a victory in the first race, where a determined team sailed with great strategic foresight. After rounding the first mark alongside the Dutch and Argentinian crews, Young Azzurra hit their stride, pulling away from Team Argentina and Dutch Sails - who both capsized just ahead of the second mark. They then managed to get clear of the Swiss crew of Okalys, who had clawed back important metres, and maintained their advantage thanks to astute tactical choices. The second and final race of the day proved complicated, with a great deal of debris in the water due to yesterday's bad weather, a knot of seaweed became entangled on the boat's keel, slowing the Italian team who crossed the finish line in fifth place. Today's results leave Young Azzurra currently in second place in the provisional overall classification.