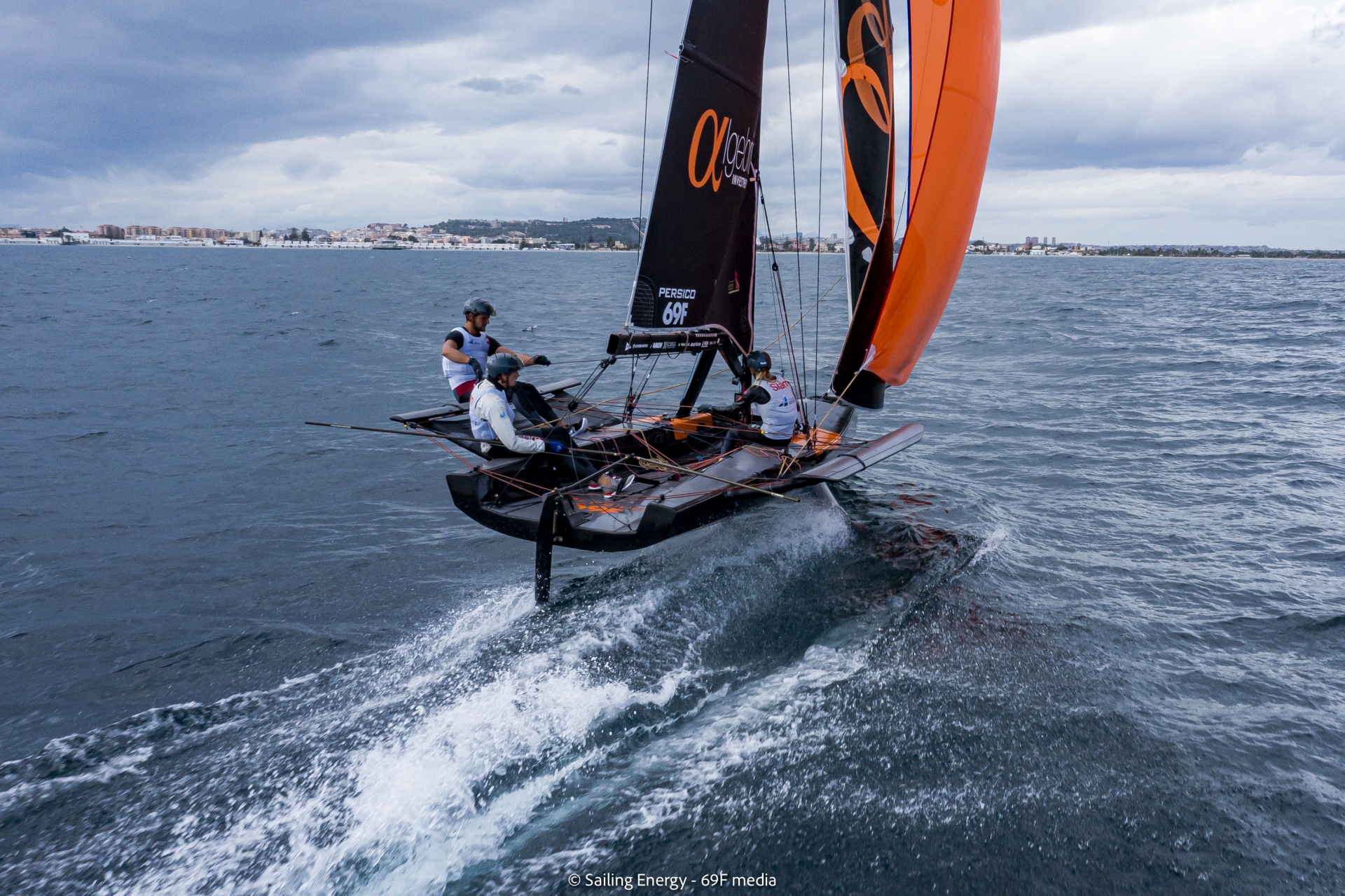 Cagliari, 2 November 2021. The penultimate day of the Grand Final of the Youth Foiling Gold Cup was a particularly difficult one for Young Azzurra, who now sit in fifth place in the provisional overall classification, on equal points with the team in third place and just three points off the leader.

The breeze was light this morning on the regatta course off Poetto beach in Cagliari, where four more races were completed on the new L-shaped course.

Young Azzurra bagged a perfect start in the first race, left the rest of the fleet behind and rounded the first mark alone. Unfortunately however, on the downwind run a plastic bag got caught on the keel and then in the rudder, slowing the team and leading to a sixth-place finish on the line. In the second race, despite a good start, the team lost ground on the penultimate upwind leg and placed fourth. In the third race, as the boat approached the downwind gate in second place, Young Azzurra was forced to retire after capsizing, while in the fourth and final race of the day the crew finished fourth.