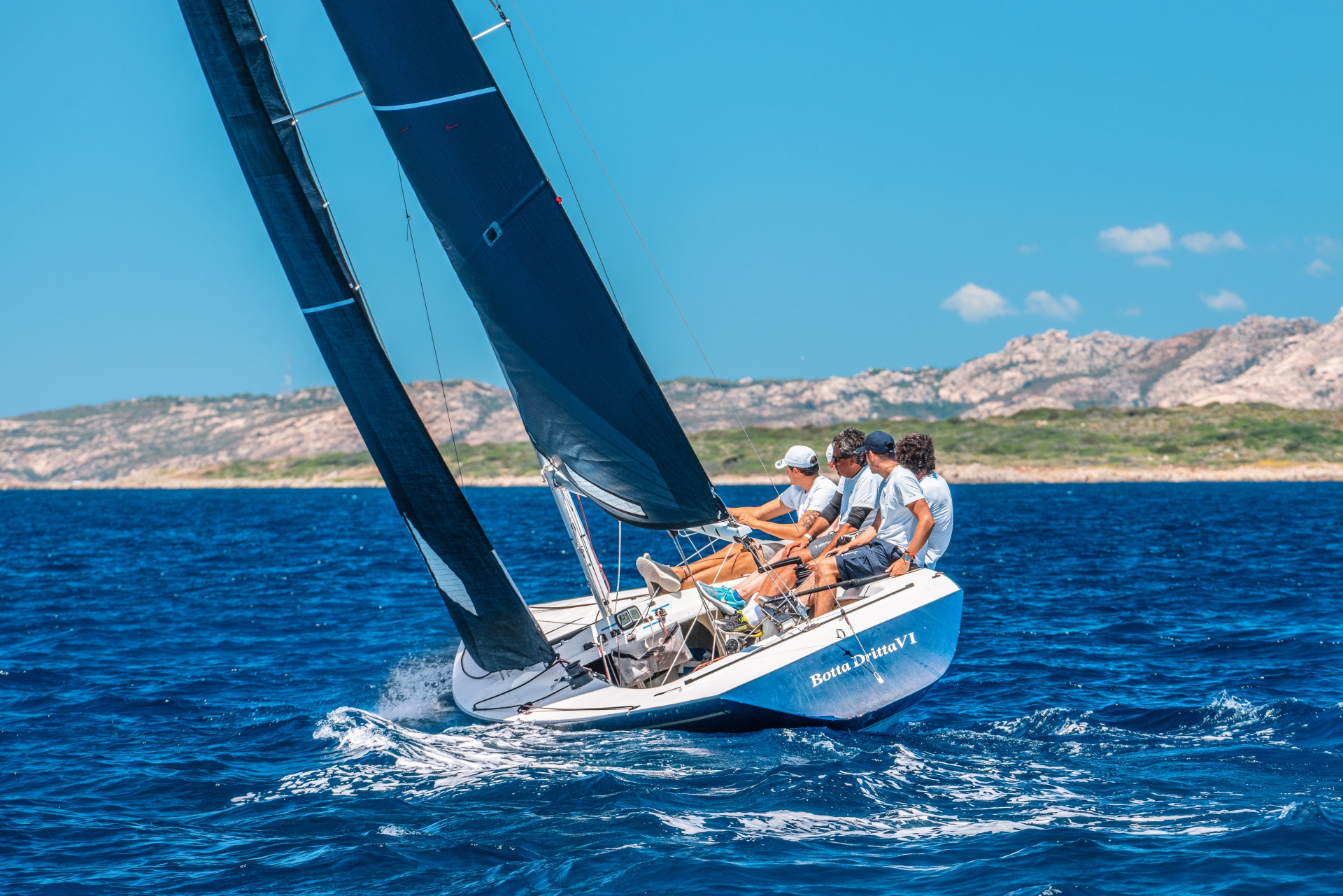 The event, organized by the Yacht Club Costa Smeralda, is part of this Class’ annual circuit which was created at Porto Cervo and saw eight teams participating in six races over the space of three days. The races were between Smeralda 888 Boats, One Designs that the YCCS commissioned in 1991 from the yacht designer German Frers. The fleet is currently based at the Yacht Club de Monaco.

This morning’s start was delayed due to strong breeze but the event’s final race was held after a brief pause. Two years after a previous win in this circuit, Botta Dritta, owned by Francesco Vauban Miani, won again with three first place finishes, two second places and one third place. In second place Beda, winner of today’s race and owned by Timifey Sukhotin and Marc Stevenazzi. In third place Black Star owned by Paolo Rotelli and Max Stimamiglio, who placed first in yesterday’s final race.

At the end of the event the participating teams gathered at the YCCS for the prize ceremony.