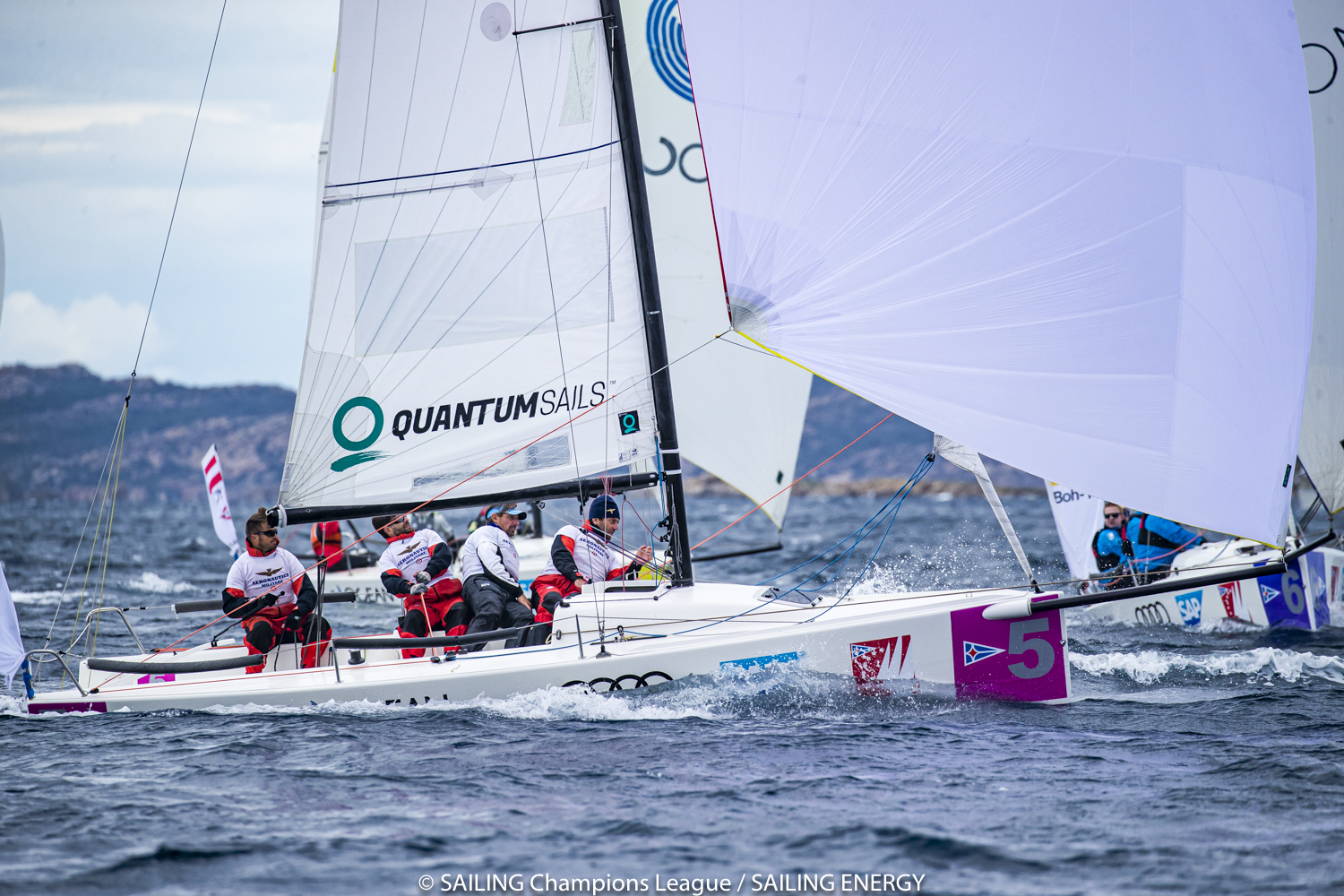 Porto Cervo, October 17, 2020. The weather was perfect today, the second to last day of racing at the Audi SAILING Champions League Final, an event organized by the Yacht Club Costa Smeralda with the support of Title Sponsor Audi and main partner One Ocean Foundation. With just one day of racing left before the conclusion of the event, the Italian team Aeronautica Militare has captured the lead leaving the Swiss team from Regattaclub Oberhofen in second place followed by Seglervereinigung Kreuzlingen, also from Switzerland.

The action was intense again today and a total of 21 races were run to complete five flights. Racing was held in the waters off Porto Cervo in westerly wind that ranged from 18-22 knots. Tomorrow, October 18th there are still twenty-six races to run to complete all the 18 flights scheduled for this event. The top four teams at the end of the event will qualify for the final series where the winner of the circuit will be decided.

Aeronautica Militare has continued to work its way up the scoreboard. After a first race where the team finished fourth, they won three races and placed second once. As a result they are currently in the lead in the provisional results. Swiss teams from the Regattaclub Oberhofen and the Seglervereinigung Kreuzlingen are in second and third place respectively after having placed consistently well today.