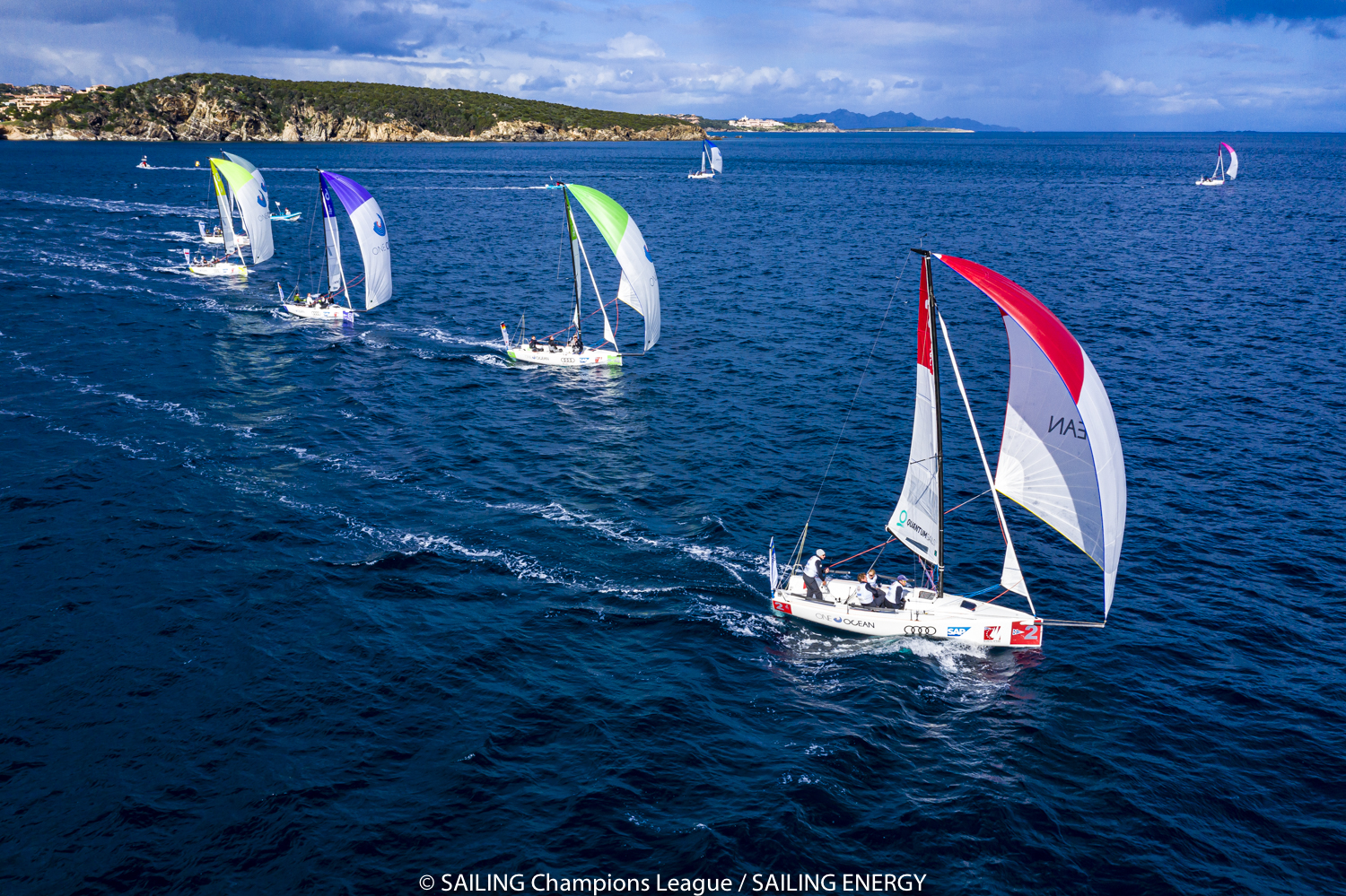 Porto Cervo, October 16, 2020. Day two of racing was intense for the twenty-seven teams that are participating in the final event of the Audi SAILING Champions League. In fact, there were seventeen races run today for a total of four flights completed. At the end of the day’s racing the Spanish team from the Club Náutico Arrecife is just one point ahead of the German team from the Segel- und Motorboot Club Überlingen, who are currently placed second. The Italian team from Aeronautica Militare is currently in third place.

The event, organized by the Yacht Club Costa Smeralda with the support of Title Sponsor Audi and main partner One Ocean Foundation, will conclude on Sunday, October 18th.

After the usual briefing this morning, races got underway punctually at 10AM in south westerly winds at 20-22 knots and gusts at up to 30 knots. Racing was in the Golfo del Pevero and ended at 5PM. After seven hours on the water four flights were completed which, summed with yesterday’s two completed flights, means that a third of the total of eighteen flights that were planned for this event have now been completed.

Currently in the lead of the provisional results we have the Spanish team from Club Náutico Arrecife who won three of today’s four flights. In second place the team from Segel- und Motorboot Club Überlingen while the Italians from Aeronautica Militare are currently in third place. The Italian team was in tenth place when racing ended yesterday but got two first place finishes today and rose well up the scoreboard.