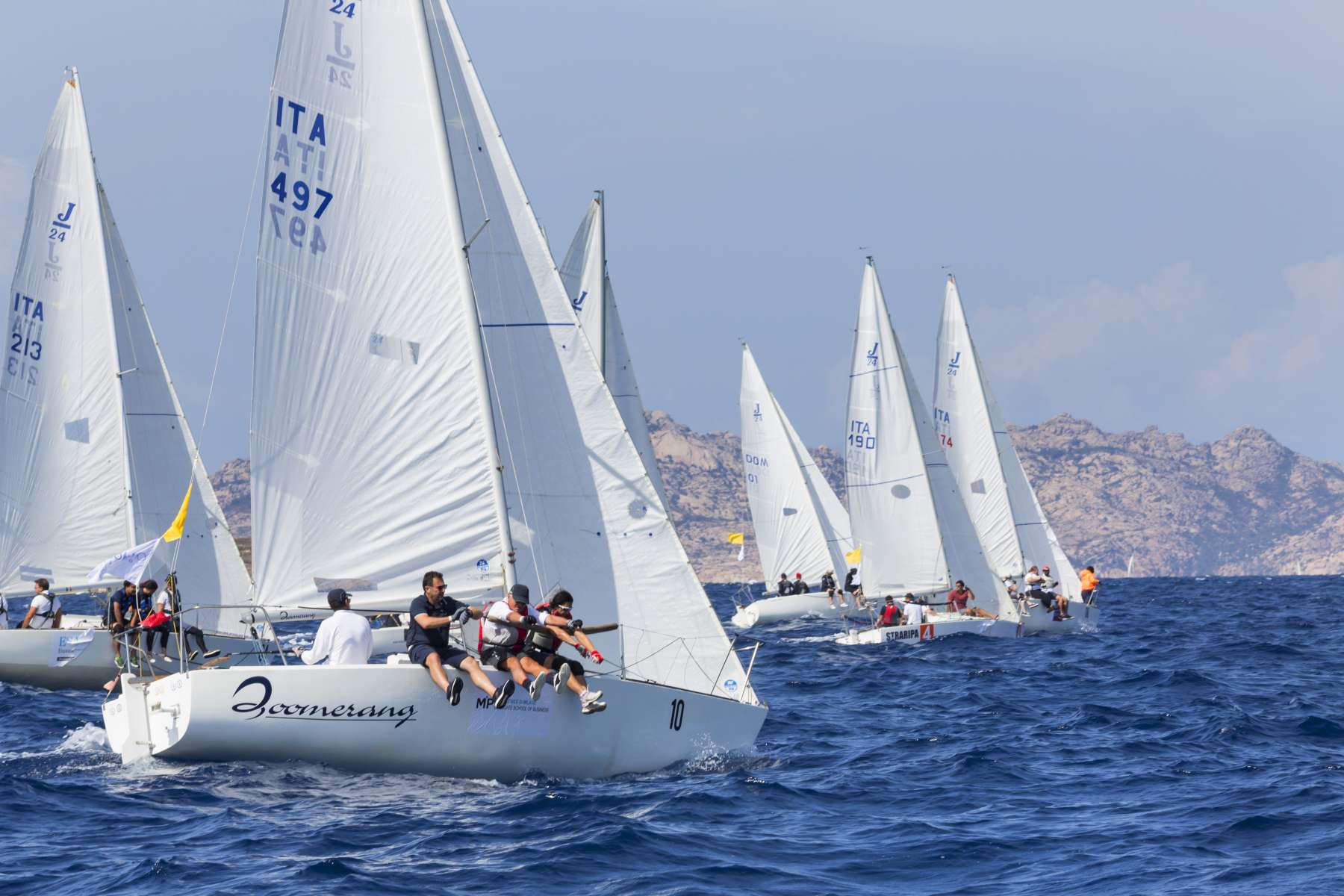 Knowledge generates change is the message of the conference

Porto Cervo, September 22, 2019. Yesterday saw the end of the 16th edition of the One Ocean MBA's Conference and Regatta, held for the first time in Porto Cervo. The event, organised by the SDA Bocconi School of Management and by the Yacht Club Costa Smeralda with the partnership of the One Ocean Foundation, saw the participation of about 400 students from top international business schools in Sardinia for three days of sports and discussions themed around environmental sustainability.

On the 20th of the September the sporting calendar saw 51 teams divided into Offshore and Cruise Classes competing in coastal races while 14 teams in the Open Class competed in windward-leeward races aboard J/24s. Yesterday, September 21st strong Scirocco winds at over 20 knots kept the teams ashore.

Yesterday, the event's final day, saw the Conference Why Future Leaders Need to Face Sustainability Challenges. Held at the Colonna Resort, the conference was organised jointly by the SDA Bocconi and by the One Ocean Foundation (OOF) thanks to the partnership between these two institutions. Speakers were Andrea Illy, President of illycaffè, and the One Ocean Ambassadors Paul Rose, the explorer, and Maria Cristina Finucci, the artist who founded the Garbage Patch State in 2013. Maurizio Dallocchio, Full Professor of Corporate Finance at the Università Bocconi and Past Dean of the SDA Bocconi School of Management, moderated. Representing the SDA Bocconi School of Management there were Dean Giuseppe Soda and Federico Pippo Lecturer of Corporate Finance and the MBA Sport Club Coordinator at the SDA Bocconi School of Management. Also in attendance were Riccardo Bonadeo, the YCCS Commodore and Executive Vice President of the OOF, and Jan Pachner, Secretary General both the YCCS and the OOF.

Giuseppe Soda, Dean of SDA Bocconi, had these words: "I think that this event offers an excellent opportunity for learning because it gives some of the world's students from top business schools an occasion for networking. Many of the participants will probably be in top positions in the future and they will have to make decisions that will have to do with environmental sustainability. We have to remember that 'There is no Planet B' and I really believe that events like the One Ocean MBA's Conference and Regatta can offer a framework for making responsible and informed decisions in the participants' private and professional lives."

Riccardo Bonadeo, Commodore of the YCCS and Executive Vice President of the One Ocean Foundation said: "My congratulations go to the winners of this event and to everyone who participated. I hope that you enjoyed the YCCS hospitality. I think that the location for this event, held for the first time in Costa Smeralda, shows just how important this mission is for us and proves that it's fundamental to promote a culture of environmental sustainability. There is no better audience that the youths who were here for this event, the potential tomorrow's leaders. I want to thank the SDA Bocconi Business School for supporting the One Ocean Foundation right from the start, ever since the Forum organized in 2017. We are now working together to make a new generation aware of the urgency of protecting our planet."