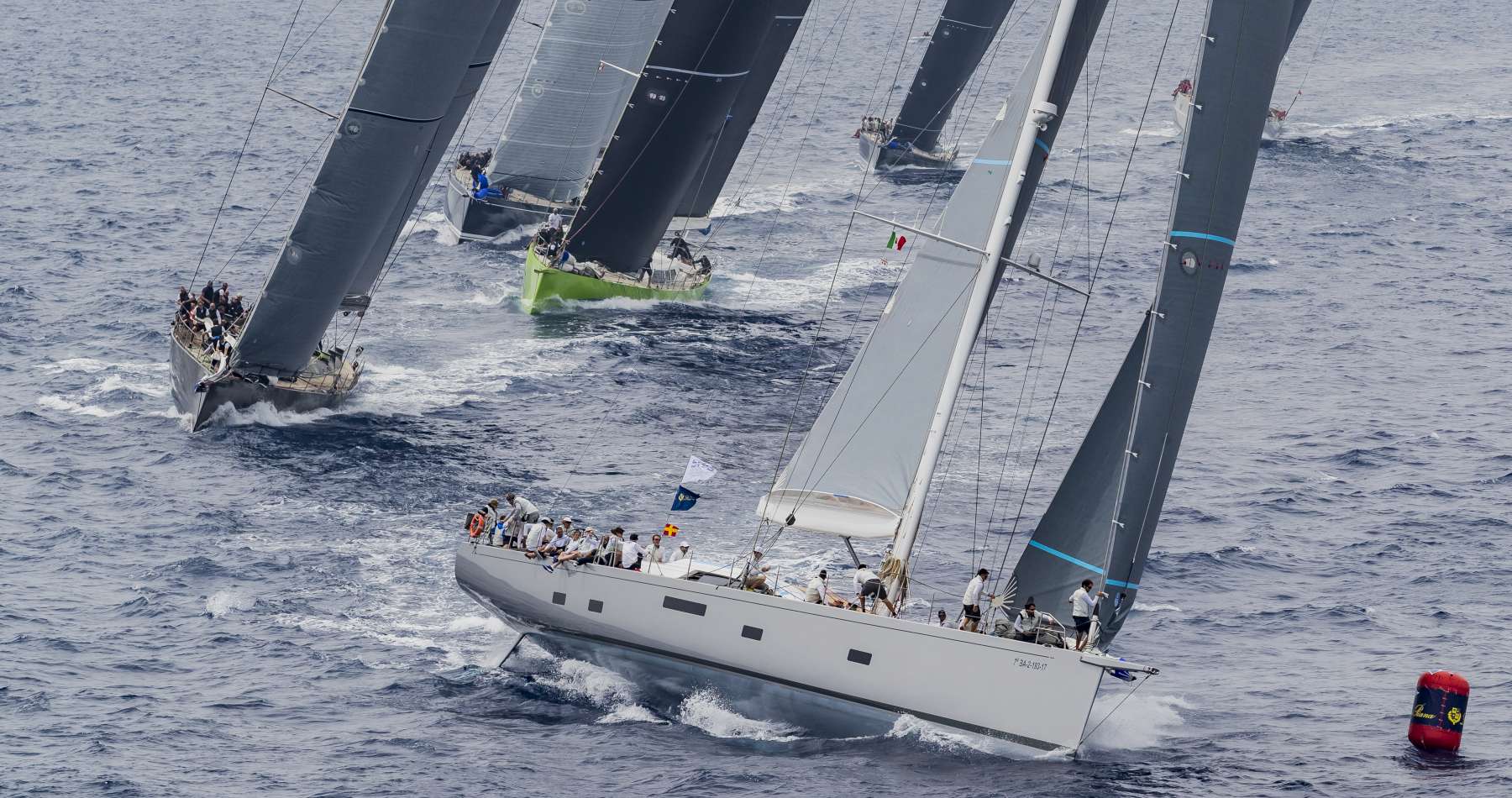 Porto Cervo, Italy. 7 June 2019. The fourth and penultimate day of racing took place in Porto Cervo today for the Loro Piana Superyacht Regatta, organised by the Yacht Club Costa Smeralda. After yesterday's rest day, all the divisions started at 11: 30 a.m. as scheduled thanks to an east-southeasterly wind blowing at an average of 12-13 knots, with lighter patches and increases in some places up to 16 knots which were felt by the Cruising division in particular. The yachts in the Performance division lined up for a fleet start, while the Cruising boats proceeded with their usual staggered start and a dedicated course of 22.8 miles which took them from the Bisce pass to round first Monaci island, then the isle of Mortoriotto before returning to Porto Cervo.

The Performance division circumnavigated the islands of La Maddalena and Caprera clockwise on a course covering 33.1 miles that was constructed ad hoc by the Race Committee. The Wallycento Magic Carpet 3 took its third consecutive win to place a serious claim on the final victory. The SW82 Grande Orazio claimed an excellent second place in the Performance fleet, which also consolidates the Italian boat's lead in the provisional classification for the Southern Wind Trophy ahead of the SW105 Kiboko Tres. The 33-metre Inoui took third place today to confirm her second place in the overall provisional classification for the Performance yachts behind leader Magic Carpet 3, and ahead of the Wally 107 Open Season.

Once back at the dock Massimiliano Florio, owner and helmsman of Grande Orazio commented on today's result: "We had an excellent result, and in some ways an unexpected one, since we suffered a technical problem that made us even consider retiring from the race. We couldn't get the jib down because of a problem with the headfoil, but we talked about it and decided to continue. The tactical calls and the navigator's choices were perfect, but I'm very satisfied with the work of the whole crew, it's a very close-knit group which is particularly pleasant to sail with."

The Cruising division also saw a hat-trick, this time from the Perini Navi Silencio helmed by New Zealander Chris Dickson, an America's Cup skipper from 1987 to 2007 who is no longer races competitively. Taking second and third place of the day, as well as in the provisional overall classification, were Mariette of 1915 and Meteor respectively. When asked about a possible return to competitive sailing Dickson replied, "Absolutely not! I'm long retired from racing. I do a lot of cruising, I do a lot of deliveries, I enjoy sailing superyachts, including in regattas, but they are fun regattas and not so stressful, the Cruising division is fantastic. These boats weigh 7-800 tons, they weren't created for racing, so it is a great challenge to manage the complex manoeuvres between the islets of the coastal courses of the Costa Smeralda, a place where I came to race for the first time at the beginning of the 80s in the Sardinia Cup. I've been coming back for many years, and I am pleased to be here again this year. Entering the Yacht Club Costa Smeralda I immediately felt a feeling of tranquillity."

Racing will conclude tomorrow with the first warning signal scheduled for 11.30 but very light wind forecast. Tomorrow, 8 June, is World Oceans Day and to mark the occasion, the YCCS with its One Ocean Foundation has organised a Clean Beach Day on the beach of Mannena (Cannigione, in the municipality of Arzachena) from 9 a.m. onwards. Everyone is invited to take part in the initiative. For more information click here.