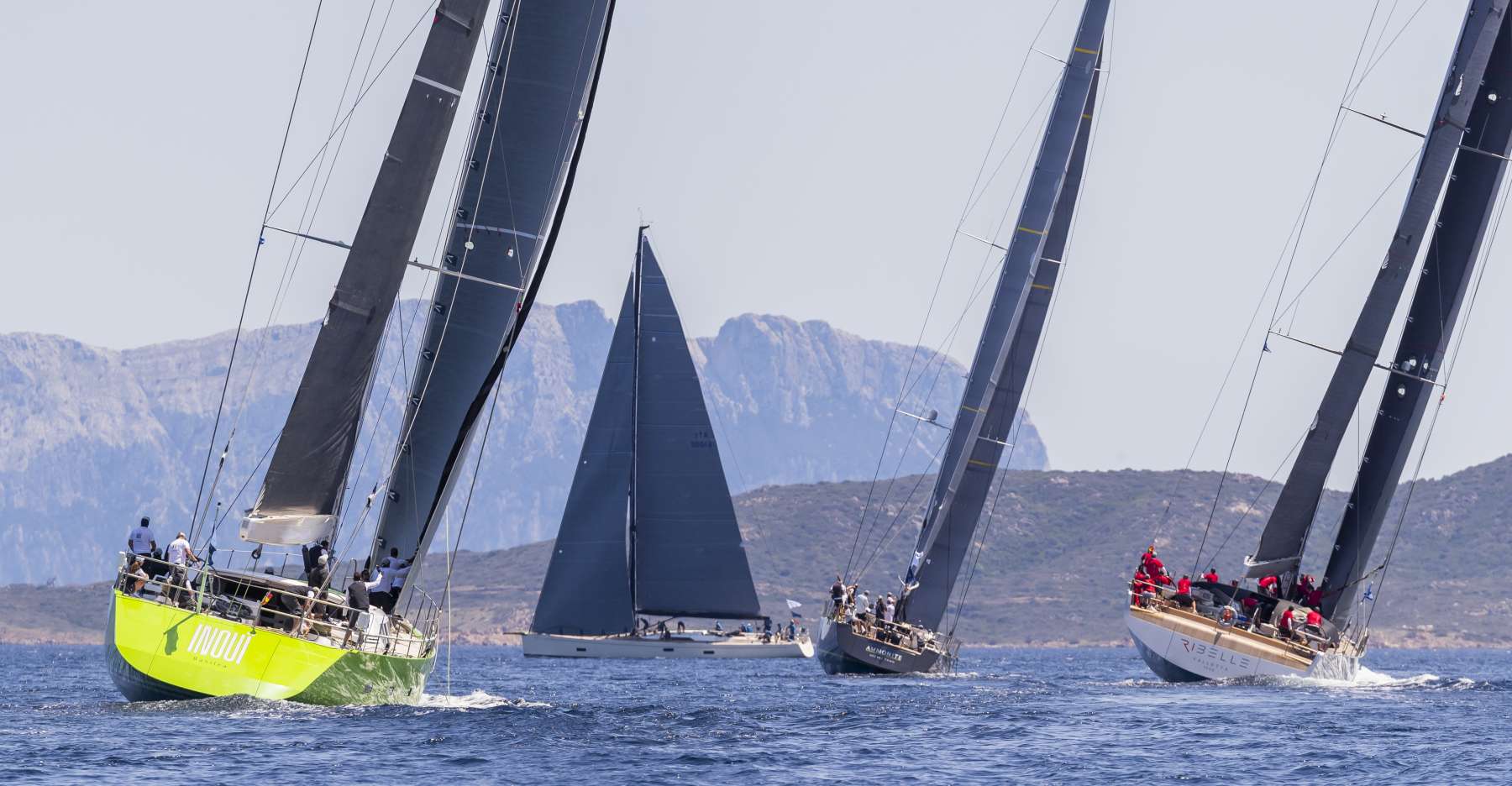 Porto Cervo, Italy. 4 June 2019. The first day of racing took place today at the Loro Piana Superyacht Regatta, an event now in its 12th edition and organised by the Yacht Club Costa Smeralda, which sees 20 boats ranging from 25 to 52 metres in length gathered in Porto Cervo. The forecast was for light winds and the Race Committee had the fleet wait at the docks before starting with sufficient wind two hours later than scheduled. The first yacht crossed the starting line at 1.30 p.m. with a southwesterly breeze which increased from an initial 8 knots to 10.

The chosen route covered 22.4 miles and saw the superyachts start from the waters off Porto Cervo headed for the islet of Soffi, in front of Cala di Volpe. They rounded the small island before making their way back to Porto Cervo in an anti-clockwise direction after having rounded two marks in the open sea and another in front of the Isole delle Bisce pass.

In the Performance division Magic Carpet 3 immediately took the reins and, being one of the fastest yachts in the fleet and therefore the penultimate in the starting sequence, quickly broke free to sail into clean air, taking the lead and crossing the finish line first. The results in corrected time confirmed performances on the water with the WallyCento owned by YCCS member Sir Lindsay Owen Jones triumphing ahead of the Wallys Magic Blue and Open Season. Jochen Schuemann, a legend in Olympic sailing, with 3 golds and one silver medal, is the tactician aboard Magic Carpet 3: "We made a couple of good decisions to control our position and get an early jump on the boats directly in front of us. We hoisted our Code 0 early past the windward mark and sailed a little bit below the next breakpoint but in clean air and a little faster than the others with just our jib: that was the essential step forward. We got clear air after that again and there you go, we were in the lead until the finish. It was fun, we enjoyed it very much, as always it's very scenic here around Porto Cervo, I think this is the best venue for costal racing. I'm here for lots of events from the Loro Piana to the Maxi Worlds amongst others. It's always good fun here and today's conditions were great even though they're predicted to be the lightest of the week. It'll be a new start every day and we have to keep an eye on the end of the week when the forecast for Saturday says there could be Mistral."

In the Cruising division, on a route shortened to 15.5 miles, the 50-metre Perini yacht Silencio took control ahead of the veteran of the fleet, Mariette, a gaff-rigged schooner from 1915. Third place went to Q, a 52-metre ketch and the largest boat competing in Porto Cervo.

All Smoke, a brand new 90-foot custom-designed yacht is making its racing debut at the Southern Wind Trophy, and finished ahead of the SW82 Grande Orazio and SW105 Kiboko Tres, the most recent yacht launched from the Cape Town shipyard. Mark Sadler, tactician aboard All Smoke, built by Southern Wind Shipyard and designed by Reichel/Pugh, had these words: "This was All Smoke's regatta debut and I think it was a really good first race for her. It was good to start in lighter air because that way we can see the potential in the boat and see what we need to do to improve. But there's huge amount of potential here and we'll improve throughout the week as we learn the yacht."

Racing resumes tomorrow with the first warning signal at 11.30. For the Cruising division the starts will be individual and staggered, a repeat of today, while the superyachts in the Performance will have a fleet start.