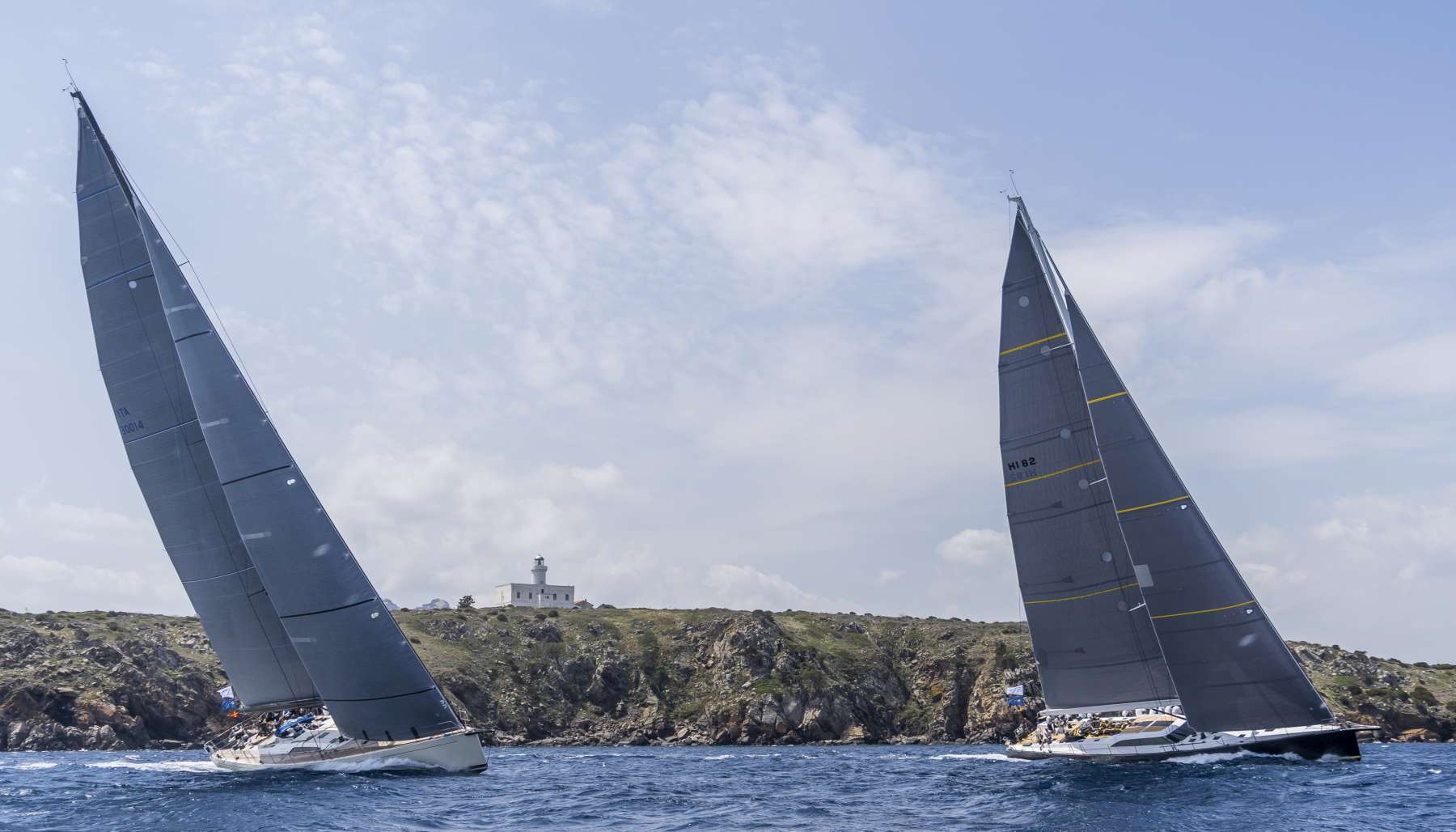 Porto Cervo, Italy. 6 June 2019. The Loro Piana Superyacht Regatta, organised by the Yacht Club Costa Smeralda and underway until Saturday 8 June, hosted racing only for boats from the Southern Wind Shipyard today, while the rest of the fleet had a scheduled rest day.

At 11.30 a.m. the warning signal sounded on time for the start on the waters off Porto Cervo. The mistral wind of 20 knots was stronger at the Bisce pass and the Secca di Tre Monti rock, the first natural mark on a course that brought the boats to round Monaci island and head back to Porto Cervo after having rounded a mark in front of the Pevero Gulf, covering a total of 14 miles.

The flagship of the Southern Wind fleet gathered in Porto Cervo, the SW105 Kiboko Tres, asserted its greater dimensions, reaching away from the very start and sailing solo to the finish. The situation behind the real-time leader was a very different one, with the two SW82s Ammonite and Grande Orazio engaged in an exciting tack-for-tack battle - with covering manoeuvres and tactical skirmishes. Ammonite, with New Zealander Stu Bannatyne on tactics, led in the first part of the race followed half a length behind by Grande Orazio - tactician Stefano Spangaro - which overtook on the gybe at Monaci island, hoisting the gennaker for the close reach. Ammonite instead sailed lower and faster under Code Zero, making up ground, but wasn't able to put sufficient distance between herself and Grande Orazio, with the latter claiming the victory in compensated time.

A great result for YCCS member Massimiliano Florio, owner and helmsman of Grande Orazio, who triumphed by just 3 seconds in compensated time over Kiboko Tres and 1 minute 4 seconds over her sister ship Ammonite in third place. Once back on the dock he was happy to talk through the regatta along with Marcus Blackmore, owner of the SW82 Ammonite. "We sailed head-to-head with these guys the whole time, we were always engaged with them, it was really fun. Especially with the wind constantly blowing at 22-23 knots. It was a short but very pleasant regatta." commented Blackmore.

The SW82 Ammonite races with a crew of experienced professionals including Stacey Jackson: "I've taken part in 2 editions of the VOR, with team SCA and Vestas 11th Hour Racing, and 12 editions of the Rolex Sydney Hobart, most recently as the skipper of an all-female crew on Wild Oats X. It's my first time aboard Marcus' luxurious cruising superyacht, but in Australia I've been part of his TP52 team since 2011. The boat is called Hooligan, it used to be Azzurra, and here I am at the YCCS, it really is a small world. I've raced here before, and it is always pleasant: good wind, great food and hospitable people."

On the social side of the event, tonight friends and crews of the Southern Wind Shipyard are invited to the characteristic local village of San Pantaleo for a convivial dinner in a farmhouse restaurant.

Racing resumes tomorrow for all classes at 11.30 a.m. with fresh wind from the eastern quadrants forecast.