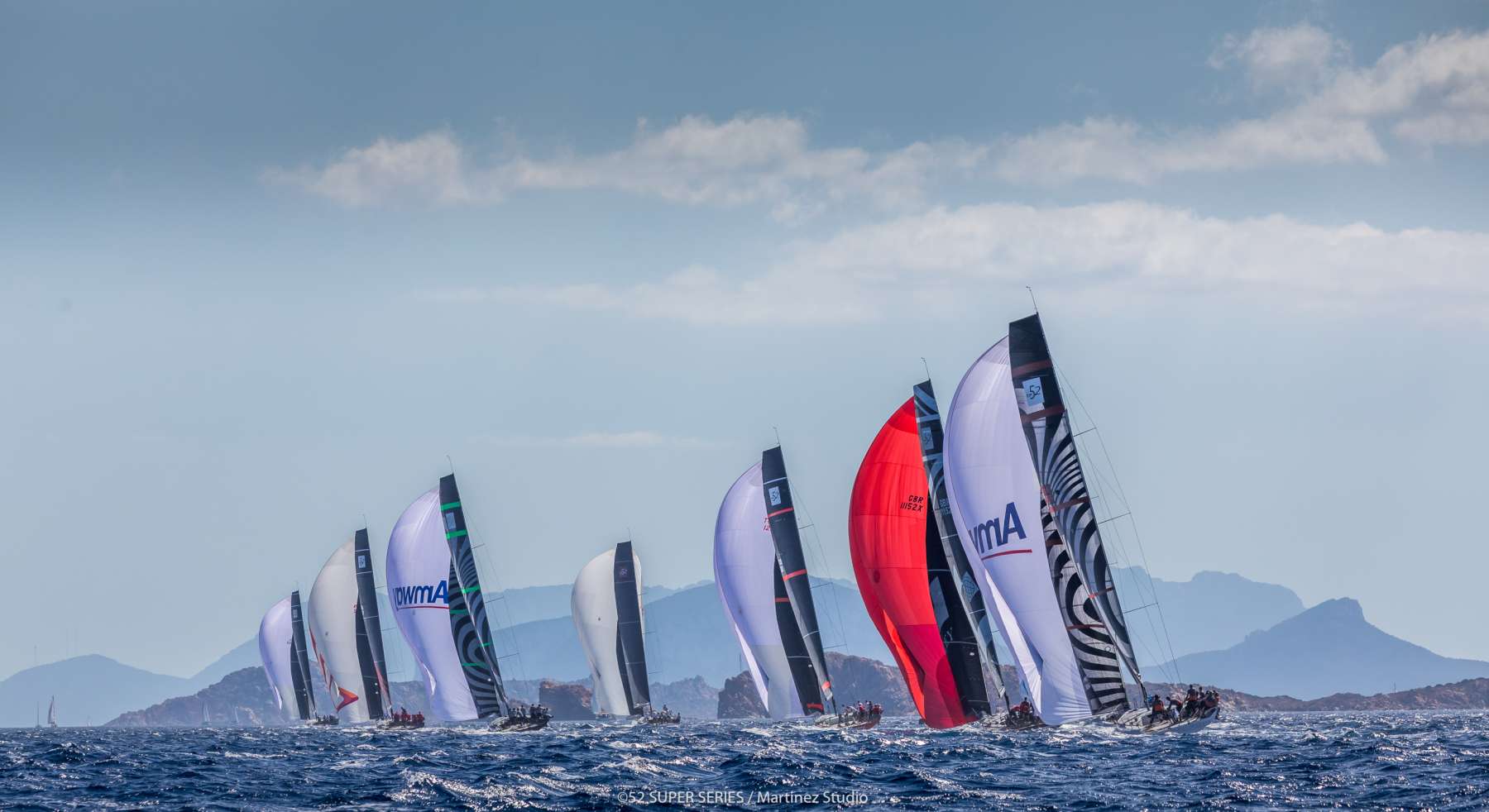 Porto Cervo, 27 September 2019. Today's penultimate day of racing was an exciting one for the ten teams in the 52 Super Series, which will round off the final leg of the circuit tomorrow. The Audi 52 Super Series Sailing Week is organised by the YCCS with the support of title sponsor Audi and with six races now completed, Sled currently sits at the top of the provisional standings ahead of Azzurra and Quantum Racing.

This morning at 11 a.m. as scheduled, the warning signal was given for the start of the first race. The crews competed until 3.30 pm, completing three races to bring the total number of races held to six. The weather conditions were characterised by a very variable and shifty wind which meant marks had to be repositioned in the first two races. In the early part of the morning the light mistral increased progressively from an initial 8 knots to reach 20 knots of intensity in the final race.

Star of the day was the American boat Sled which, after an initial second place finish, led the fleet in the two subsequent races, racking up two victories in a row. A battle for second place in the provisional general classification went on between Azzurra and Platoon who gave a real show on the water as they recovered and swapped positions, keeping the tension high. In the first race of the day Azzurra finished in eighth place due to a technical problem despite a good start, while her closest rival Platoon recorded their best performance of the day, claiming victory. The second, hard-fought race saw Azzurra place second pursued by Platoon in third. The last race of the day was decisive and saw the YCCS boat brilliantly make up ground after a difficult start, finishing second in front of Quantum Racing, with the two engaged an exciting battle right up to a few metres from the finish line.

Murray Jones, strategist on Sled: "We had a great day. In our first race we could see some pressure on the left and just hung in there until we got the left shift and fortunately came back across in good shape and got around just behind Platoon and sailed well after that. In the next two races we had pretty nice starts and controlled the fleet. Tomorrow we'll just continue as we are, nothing special. We're trying to get a good result in this regatta, that's our aim."

Santiago Lange, tactician on Azzurra: "In the first race we had a technical problem and got a result that wasn't as good as we were expecting. We made up for it in the following races. The fleet is very compact, we have seen that throughout the season and again today at the mark roundings. You have to be ready to match race and then keep adding points to your lead over your rivals."

Victor Mariño, runner on Platoon: "We started the day by winning the first race and we came third in the second, in the third race, however, we had a bad start and we didn't manage to recover from it. We came here with the aim of winning the circuit, that's still mathematically possible, we hope we get the conditions to run three races tomorrow. We have to have faith and fight to the very end."

Tomorrow, September 28th, brings the final day of the event with the first starting signal scheduled for 11 CEST and a westerly wind of 15-20 knots forecast. Following the competition at sea, the crews will attend the season closing party for the 52 Super Series circuit at the YCCS. The Audi 52 Super Series Sailing Week will also close the YCCS sporting calendar, which will reopen in 2020 with a new programme of events scheduled.