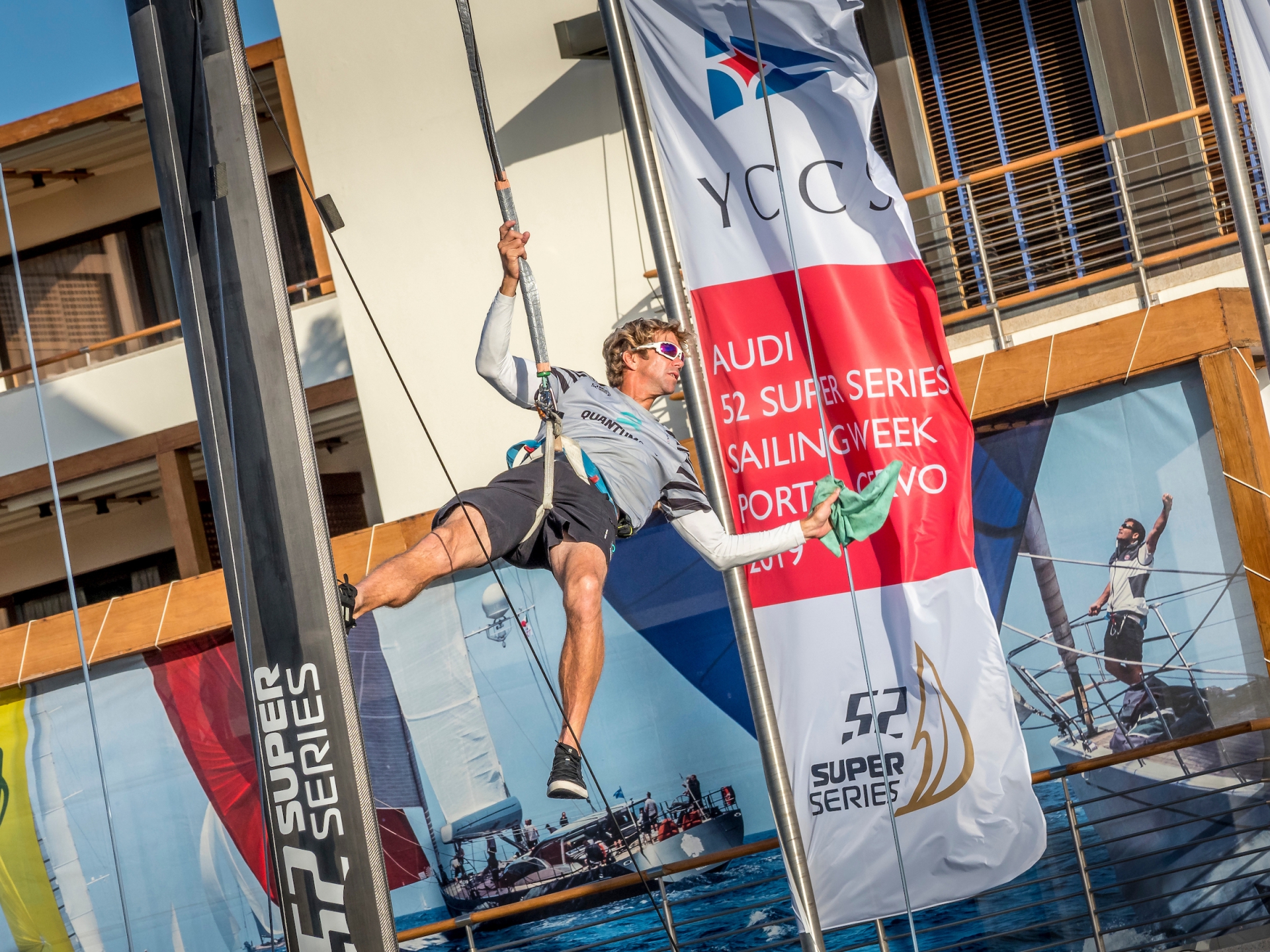 Porto Cervo, 26 September 2019. No racing took place on the third day of the Audi 52 Super Series due to strong mistral winds. The event is organised by the Yacht Club Costa Smeralda (YCCS) with the support of title sponsor Audi.

The provisional ranking remains unchanged and sees Sled in the lead followed by Azzurra and Bronenosec in second and third place respectively.

Several forecast models indicated a drop in the wind in the early afternoon, but the window was too short a one, preventing the 52 Super Series fleet from leaving the docks. After monitoring the situation throughout the morning, at 13:30 CEST the Principal Race Officer, Maria Torrijo, had the AP pennant raised over the Alpha flag on the YCCS flagpole, indicating that there would be no racing today.