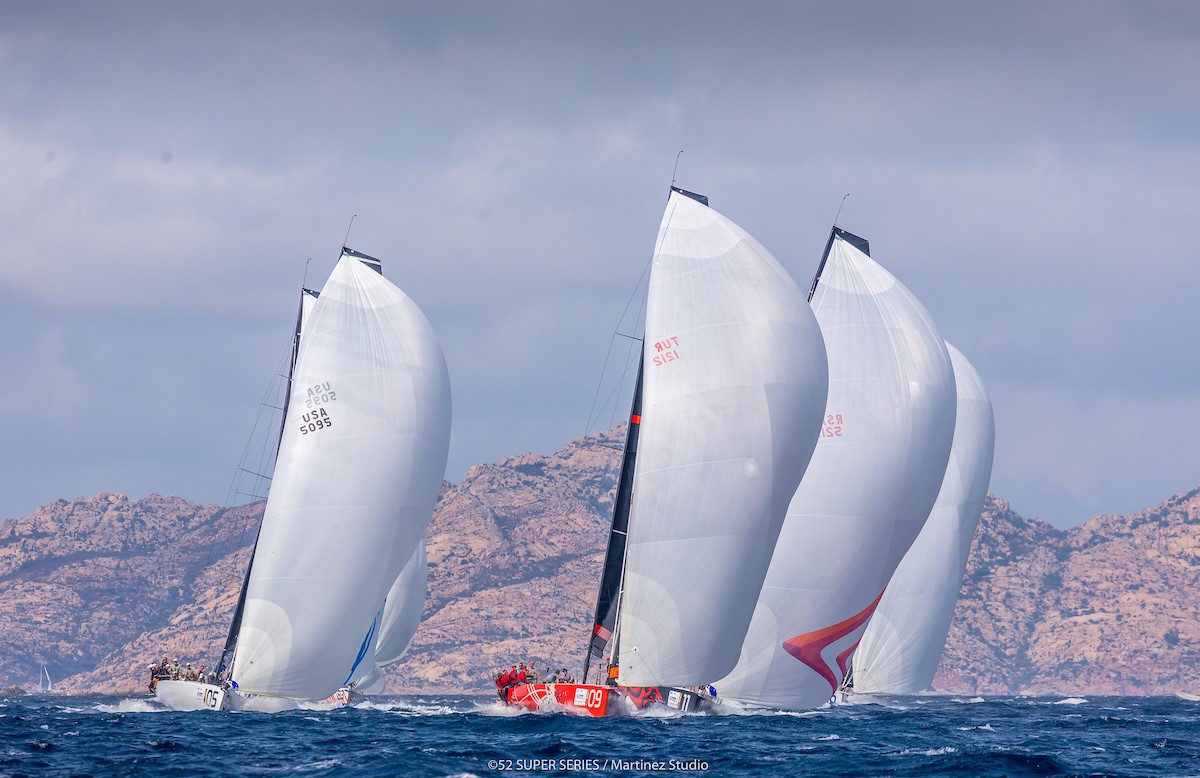 Porto Cervo, 23 September 2019. The most competitive professional circuit for keelboats returns to the waters of the Costa Smeralda. The Audi 52 Super Series Sailing Week, taking place in Porto Cervo from 23 to 28 September, is organised by the Yacht Club Costa Smeralda in collaboration with title sponsor Audi, with whom the Club has enjoyed a solid partnership since 2008. Ten boats from eight different nations are moored on the dock in front of the Yacht Club Costa Smeralda for the final leg of the 52 Super Series racing circuit. Today, Monday 23 September, a practice race was held with a mistral wind of 25 knots and gusts of up to 27 knots, which was won by Sled ahead of Quantum. In reality Azzurra led the fleet, but as per tradition chose not to cross the finish line. The first official starting signal will sound tomorrow, Tuesday 24, at 12 noon. The weather forecast gives sustained mistral wind until at least Thursday.

Riccardo Bonadeo, Commodore of the YCCS had these words: "I would like to welcome the 52 Super Series family, we are especially pleased to welcome you to this final leg of the circuit, where the competitive level is constantly increasing and I am certain that we will see fantastic racing. My thanks go to Audi, which enthusiastically supports both many of the Club's sports projects and numerous activities of the One Ocean Foundation for the protection of the sea. Fair winds to all competitors, but let me say a special thank you to the Roemmers family, our members and owners of Azzurra, the sporting symbol of the YCCS."

The provisional ranking of the 52 Super Series sees Azzurra in the lead, 6 points ahead of Platoon, recent winner of the world championship during the previous leg in Puerto Portals, Mallorca. Quantum Racing is in third place, 11 points behind the provisional leader. The rules of the 52 Super Series decree the winner of the season based on the sum of all points accumulated in each individual race held throughout the championship. Azzurra currently sits at the top of the classification thanks to her greater consistency, but has not won a leg to date. Platoon, meanwhile, claimed victory in the opening leg in Mahon, Menorca, in addition to the recent Rolex TP52 World Championship.

This week's racing is expected to be hard fought: with everything to play for and each point counting towards overall victory in the 52 Super Series, the final result will probably only be decided in the very last race.

Azzurra's skipper Guillermo Parada commented: "The last day of racing will coincide with my 52nd birthday, 52 like TP52, it could be a good omen and I would love to have a great reason to celebrate. The important thing is to win the season, even if in this leg on the home waters of Azzurra we come second by a point or two. Up to now we have sailed well and we have been missing that bit of luck needed to win a leg, in any case are coming into this event well prepared and having made some updates to the boat."

"We will fight to the end, that is our way of racing," commented Platoon's owner-helmsman, Harm Müller-Spreer. This is a battle for the title, we are not interested in dwelling on the past, we are in Sardinia as newly-crowned world champions and that gives us so much confidence in ourselves and in the boat. We are only interested in looking ahead and avoiding mistakes."