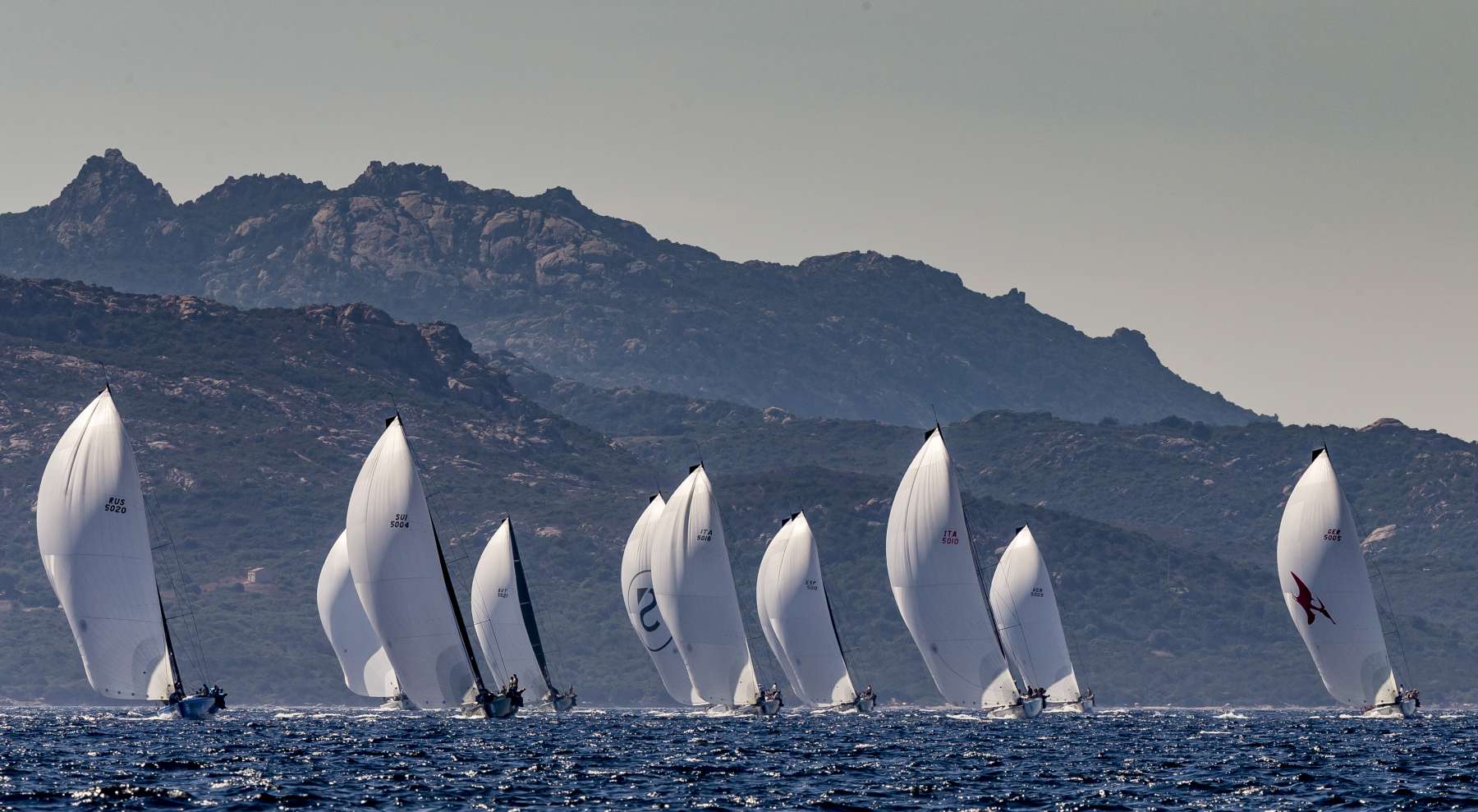 Porto Cervo, Italy. 16 September 2018. The final day of the 20th edition of the Rolex Swan Cup decreed the winners in each of the six categories that the fleet of 110 boats from 17 nations was divided into. The winners were: Plis-Play in the Maxi Class, Solte in the Grand Prix division and Six Jaguar in the Sparkman & Stephens Class. The ClubSwan 50 world champion is OneGroup while the world championship title in the Swan 45 Class went to Porron IX. The ClubSwan 42 Mela won the class European championship.

The Rolex Swan Cup is a biennial regatta organised by the Yacht Club Costa Smeralda in collaboration with Nautor's Swan and with the support of title sponsor Rolex.

A light wind from the east of just 6 knots increased to 9 over the course of the day and allowed the One Design classes to complete two windward-leeward races on schedule. The remaining class had to wait until 1 p.m. to get their starts in on a coastal route of approximately 12.6 miles. After the weather mark, the fleet headed south to round the islands of Mortorio and Soffi clockwise before returning to the finish line off Porto Cervo.

In the 18-boat Maxi class the Swan 80 Plis-Play was victorious in the Rolex Swan Cup ahead of two Swan 601s, Stephen Cucchiaro's Flow and Gerard Logel's Arobas. The winner of the day was the Swan 62FD Biancospino owned by Bembo-Ruffini, with Pietro D'Alì on tactics, followed by Arobas and Plis-Play.

The first ever world championship for the ClubSwan 50 class went to OneGroup, who had dominated throughout the week. OneGroup's lead, however, was worn down over the last few days of the regatta by Leonardo Ferragamo's Cuordileone, with tactician Ken Read, just one point behind in second place in a thrilling photo finish. Cuordileone was the top boat of the day with a first and fourth place finish. The final place on the podium went to Swiss boat Mathilde, owned by Morten Kielland. Cameron Dunn, tactician on OneGroup: "It was an incredibly stressful day with a very difficult first race in an unstable breeze, where we threw too many points away. So in the next race there were three boats at the start on equal points, all possible winners of the world championship. We tried to stay calm and focused, and also to have fun and we kept at it right to the end. The crew was fantastic, the week was incredible, and the Race Committee did an impeccable job. We couldn't not be happy." In addition to winning the world championship, OneGroup naturally also won the Rolex Swan Cup in their class.

Winner of the Rolex Swan Cup and second-time world champion of the Swan 45 Class is Spanish boat Porron IX, owned by Luis Senis and with Hugo Rocha on tactics. Today Porron IX took two second places while defending its position against Germany's Elena Nova in second. Third place went to Dutch yacht Motions. Luis Senis, owner of Porron IX: "At the minute we are just very happy because it was a very difficult day on the water with hard-fought races to the very last. Right up to the protest ashore that kept us on tenterhooks, but we knew we were right."

The ClubSwan 42 Mela, owned by Andrea Rossi and with Enrico Zennaro calling tactics, won the Rolex Swan Cup and the European championship title ahead of Natalia, which posted two brilliant wins today, and Selene Alifax. Andrea Rossi, new European champion: "A dream! My thanks go to the crew, a wonderful group, and especially to the tactician Enrico Zennaro who, over a couple of years, he has managed to bring us to this level. In the last edition of the Rolex Swan Cup Mela finished last, today we won in a very competitive fleet, the results speak for themselves, I am very happy."

With a second place today in the 22-boat Grand Prix class, the Swan 53 Solte triumphed by two points over sister ship Crilia. For both their worst result over the entire week was a third place, with the two boats generally splitting the wins and second-place finishes among them, leaving few opportunities for their opponents.

The Sparkman & Stephens Class, the most numerous with 26 yachts on the water, fields a podium populated exclusively by Swan 65s - a legendary model, ten examples of which were racing in Porto Cervo. With a scoreline composed entirely of top-three finishes, Anthony Ball's Six Jaguar won the Rolex Swan Cup, followed by Italy's Shirlaf, owned by Giuseppe Puttini, which placed first today, and by the Spanish Libelula. Anthony Ball, owner of Six Jaguar: "We've been here for two weeks, we also participated in the Maxi Yacht Rolex Cup and they have been wonderful days. The organisation here at the YCCS is always perfect, and it is one of the most beautiful yacht clubs. We had a lot of fun, especially this week where we sailed in our Sparkman & Stephens division. We raced in all conditions, from light to strong wind, always in very fierce competition with the other nine Swan 65s, three of them occupy the top three positions of the classification. We love coming to race in Porto Cervo."

This year sees the introduction of a new trophy from the newly formed association of Swan Classics by Frers. It was claimed by the Swan 651 Lunz Am Meer owned by Marietta Strasoldo. The award in memory of Vittorio Codecasa, YCCS member and past president of the Swan 45 Class, went to Leonardo Ferragamo as the top-placed YCCS member.