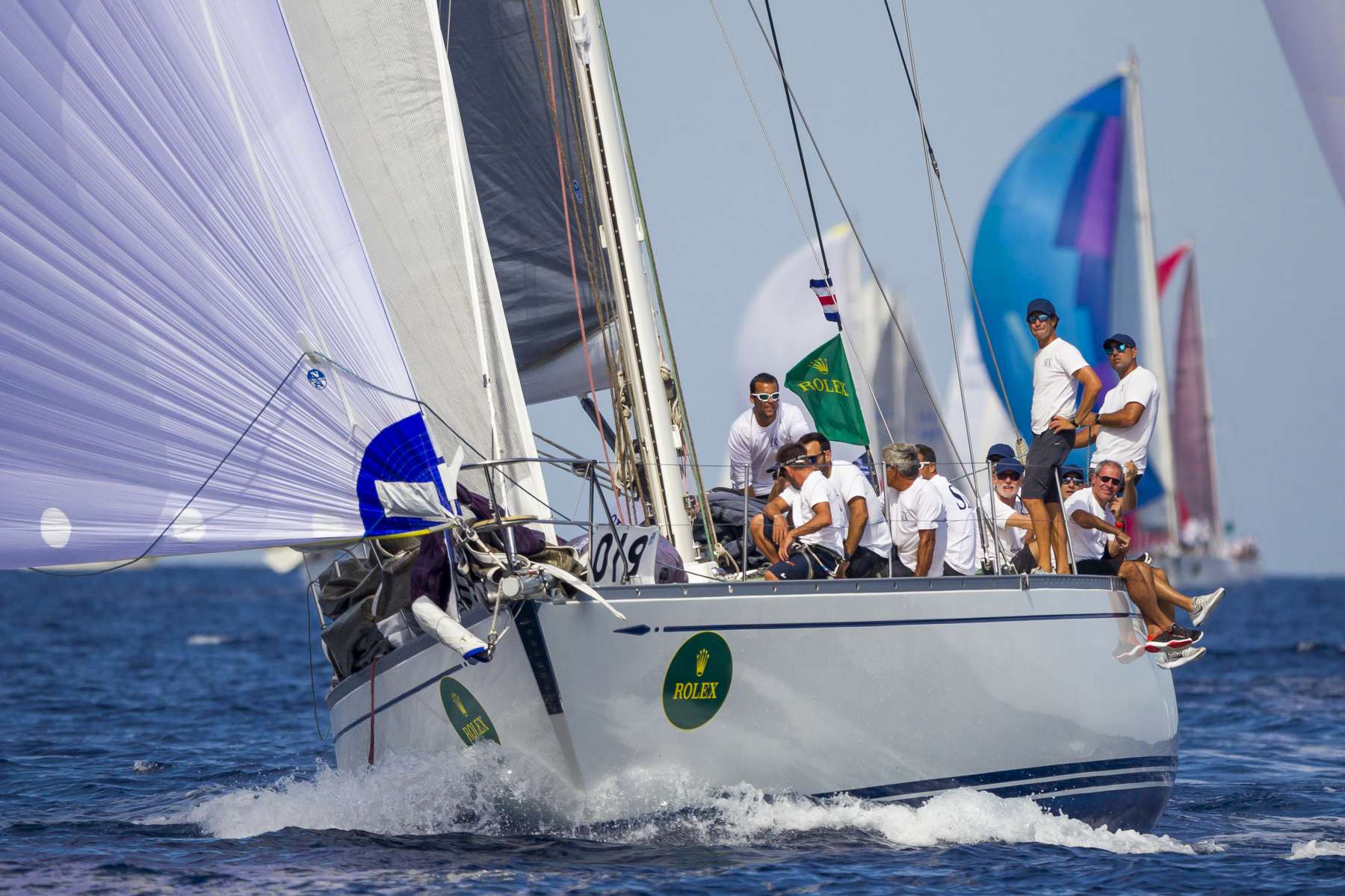 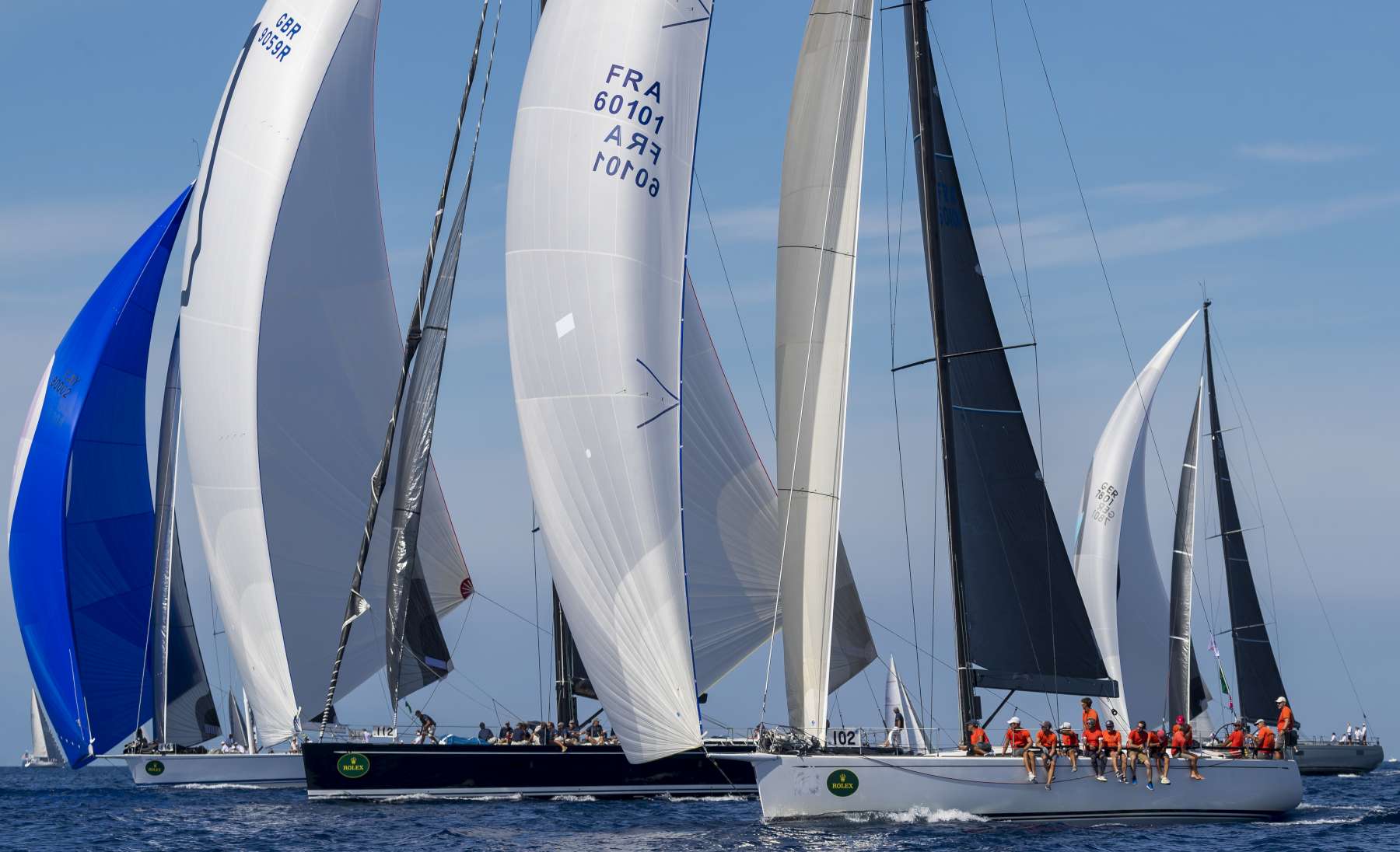 Porto Cervo, Italy. 12 September, 2018. At the end of the second day the rankings of four of the six classes in the 20th edition of the Rolex Swan Cup see the leading boats separated by just a handful of points, only Plis-Play and Mela emerge as clear leaders in their respective classes. The second day was also characterised by very light air from east-northeast shifting towards the east which nevertheless allowed the boats to complete a short coastal race of approximately 17 miles and the two windward-leeward races scheduled for the Swan One Design classes. The event, organised by the Yacht Club Costa Smeralda in collaboration with Nautor's Swan and with the support of title sponsor Rolex, hosts 110 yachts from the Finnish shipyard hailing from 17 nations.

In a near replay of yesterday's situation, the fleet was kept ashore to avoid an unnecessary wait at sea. With the AP flag ashore lowered at the YCCS at 12.30, the fleet headed out and racing began from 2 p.m. with a breeze of about 7/8 knots from 70° which shifted to 100° for the second race. The coastal course selected, shortened due to a definitive lack of wind, brought the boats south to round the islets of Soffi and Mortoriotto anticlockwise before returning to Porto Cervo.

The provisional standings have the top three of the Grand Prix class on equal points: Solte, Coratge and Crilia share the provisional lead with just four points apiece, while their closest rival, the Swan 54 Nehalennia, sits seven points behind.

In the Sparkman & Stephens class, the Swan 65 Six Jaguar, today's winner, takes the overall lead ahead of the Swan 65 Libellula and the Swan 57 Equinoccio.

The One Design classes completed two windward-leeward races. The first world championship for the ClubSwan 50 sees Andrea Masi's Italian team on Ulika (1-8 today) climb to the top of the classification just one point ahead of Mathilde (9-2), who in turn is on equal points with Cuordileone (4-3), owned by Leonardo Ferragamo with Ken Read on tactics. Diogo Cayolla, tactician on Ulika: "I'm really very happy, we are racing well, with good starts and sailing from the correct side of the course, always supported by the excellent work of the crew. With this light wind we can sail the boat at its best, I'm comfortable with these unstable wind conditions where you have to be very tactical and interpret the course well. There's a long way to go in the championship still, and in the coming days more air is expected, it won't be easy for us but we will continue to fight to try to stay ahead."

A mighty battle is also underway for the European championship in the Club Swan 42 class. Thanks to a first and a second of the day, Andrea Rossi's Mela moves into a clear lead in the provisional standings with a 6-point delta over BeWild in second. Following on equal points are Pez de Abril and Selene Alifax. Enrico Zennaro, tactician on Mela, commented: "We are really pleased because we feel that we are very fast, this allows us to make the best tactical choices without being influenced by our opponents, up to now we have always chosen the right side of the course and the result speak for themselves. In the next few days there will be more wind, it is not a given that in those conditions our speed will be so superior, we'll start again from scratch. There are still six races and no discard, we are still not half-way through, but our team is very tight, our boat has sailed with consistency over the season, both in one-design and handicap races."