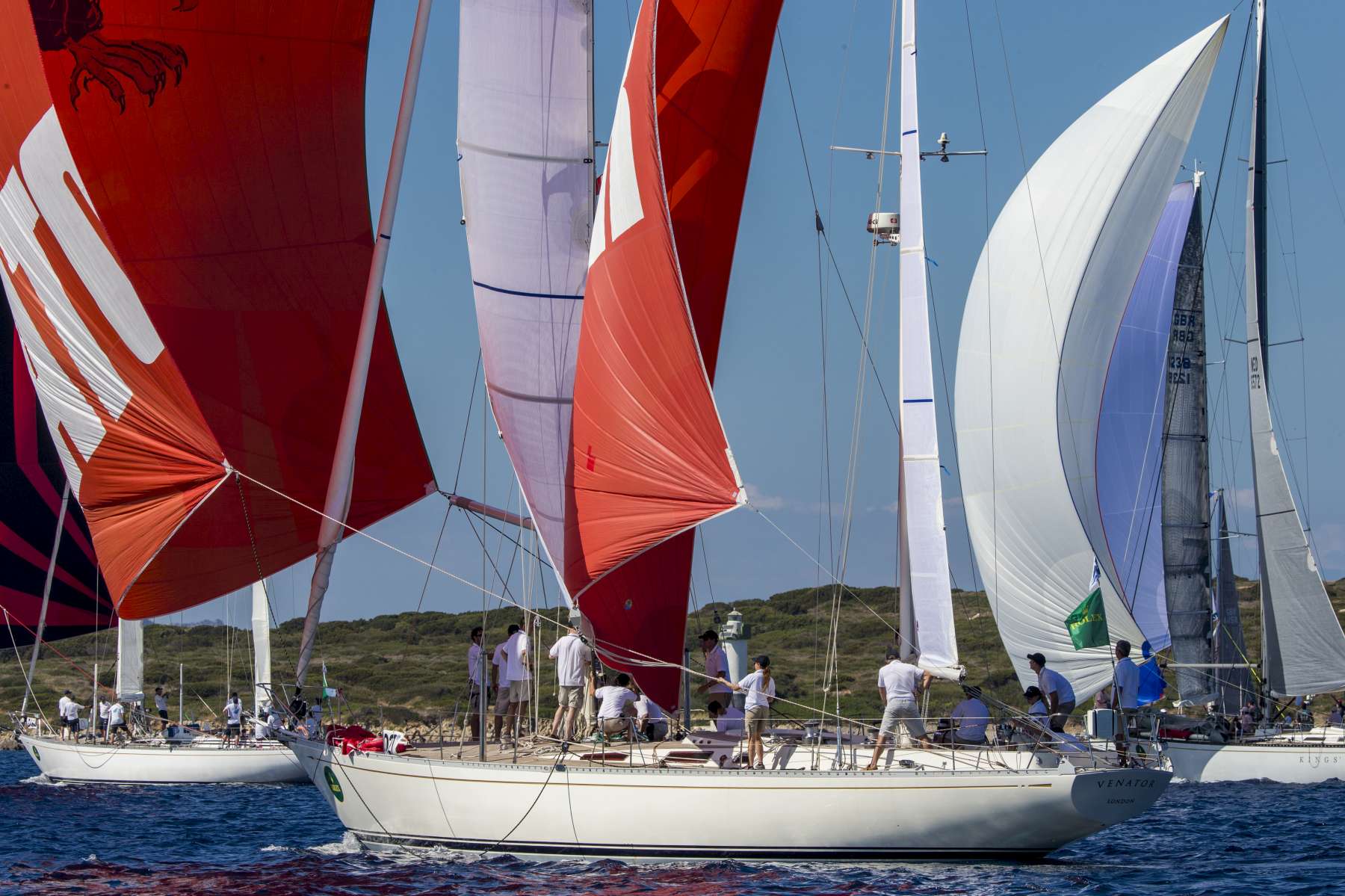 Porto Cervo, Italy. 11 September 2018. The 20th edition of the Rolex Swan Cup, which sees 110 Swan yachts from 17 countries racing, got underway today in the waters off Porto Cervo. While the three One Design classes completed windward-leeward races, the rest of the fleet sailed a coastal course of approximately 18 miles. The event is organised by the Yacht Club Costa Smeralda in collaboration with Nautor's Swan and with the support of title sponsor Rolex.

The fleet had to wait patiently until 2 p.m. for the first group, the Maxi class, to start in a light wind from the north-east which rotated towards the east during the coastal race, followed by each of the other classes at 10-minute intervals. Despite the light air, it is always thrilling to see such a large number of Swans sailing together between the granite rocks of the La Maddalena archipelago, passing through the strait at Bisce island, rounding the Secca Tre Monti rock and the islet of Monaci before heading back to Porto Cervo.

Among the 18 Swans in the Maxi division, the Spanish Swan 80 Plis-Play took the win followed by two Swan 601s, Flow and Lorina 1895. In the 22-boat Grand Prix division victory went to the 45' Coratge ahead of Crilia and Solte, both Swan 53s. First to triumph among the classic Swans designed by Sparkman & Stephens was the Swan 47 Sarabande followed by two Swan 65s: Libelula and Six Jaguar. Worth noting, and exemplifying the unique nature of the Swan Cup, was the presence of Milù, a beautiful Lakeland Terrier, on board the Swan 47 Vanessa which finished sixth today.

On the more technical windward-leeward regatta course the boats waited a little longer for the wind to stabilise. Shortly before 2.30 p.m. the first race for the 12 competing ClubSwan 50s - racing for their first world championship - kicked off, followed by the ClubSwan 42 fleet and the Swan 45s. Among the 50-footers, German boat OneGroup, with tactician Cameron Dunn, took the overall lead with a first and a second place finish in today's races. OneGroup is followed by Mathilde and Ulika.

Among the ClubSwan 42s the top of the overall provisional ranking is all-Italian. With two second places in today's races, Selene Alifax leads the standings by a single point ahead of Mela and Bewild. Gabriele Benussi, tactician on Selene Alifax: "Today the race course was very difficult with a wind rotation to the east that was unstable and spotty. In both races we had very good starts and sailed the boat well, the credit goes to the whole team. We are really pleased, two second places are a great start."

The Swan 45s, also competing for their world championship, saw Germany's Elena Nova, with Sten Mohr calling tactics, take command with a first and a third place putting them at the head of the provisional standings in front of Italian boat Swing Cube and Spain's Porron IX, defending world champion.

Crews will gather in Piazza Azzurra tomorrow morning at 9 a.m. for the daily weather briefing by Quantum Sails. The first warning signal is scheduled for 11.30 a.m. but the forecast light winds could delay the start of racing.