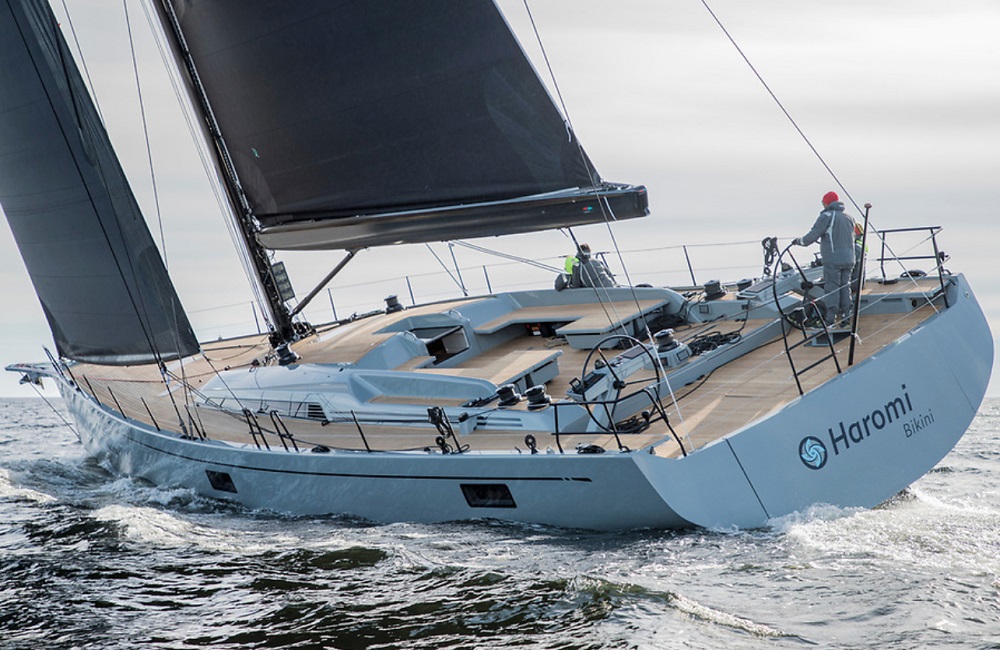 Racing will commence tomorrow with the first start scheduled for 11:30 a.m. and will conclude on Sunday, 16 September with the prize giving in Piazza Azzurra, with Thursday, 13 September set aside as a lay day or to recuperate any cancelled races. The fleet has been divided into different classes and on Saturday 15 all six will take part in the Long Island Race, a long coastal race that has always been a feature of the Rolex Swan Cup. On all other days the One Design classes - the ClubSwan 50s and 42s, and the Swan 45s, will race on windward-leeward courses. The Swan 45s and ClubSwan 50s will be competing for their world championship and for the 50-foot boats designed by Juan Kouyoumdjian this will be their first ever worlds given that the new class has just been recognised by the World Sailing authority. The ClubSwan 42s will do battle for their European championship currently held by Nadir, present in Porto Cervo to defend the title. The One Design fleets in particular are expected to host hard-fought racing and there is no shortage of champion sailors recruited by the owners, such as Jochen Schuemann on Earlybird, Bouwe Bekking on Niramo, Cameron Dunn on Onegroup, Lisa McDonald on Stay Calm, Gabriele Benussi on Selene Alifax, Lorenzo Bressani on Aphrodite, Andrea Casale on Be Wild, Branko Brcin on Far Star, Tommaso Chieffi on Scorpidi and Enrico Zennaro on Mela to name but a few.

At 4 p.m., the deadline for completion of entries, 110 yachts from 17 nations were enrolled, nine of which will attend as "not racing" entries which will take part in the social programme. The largest yacht of the fleet is the 115' Solleone while the smallest is the legendary Swan 36 model, represented in Porto Cervo by Josian.

The varied fleet combines both the Swan classics, which are part of the history of yachting, as well as the shipyard's latest creations: from the 54-footers Nehalennia and Katima to the new 78-foot Haromi - making its regatta debut here. Among the classic boats are 26 Swans designed by Sparkman & Stephens, including a record ten Swan 65s moored together at Pier Alpha. This unparalleled line-up features Kings' Legend, one of four sloop-rigged 65-footers, which came second in the Whitbread Round the World Race of 1977-78. Another Swan 65, Force 9 of London, took part in the same edition of the round-the-world race, placing fifth under the name ADC Accutrac and captained by the first female skipper to take part in the gruelling race, Clare Francis. Sixteen classic Swans designed by Frers are peppered throughout the Maxi and Grand Prix divisions and a special trophy will be awarded to the top performer amongst them.

YCCS Commodore Riccardo Bonadeo commented: "Welcome everyone to the 20th edition of the Rolex Swan Cup! The Swan owners are a great big family which I had the pleasure of being part of since my first sailboat was in fact a Swan. I am particularly honoured to see so many boats come to the Costa Smeralda each time and I realise that it is above all down to the unique natural setting in which we find ourselves. In addition our Club is skilled in the organisation of events of this level, I thank my friend and YCCS member Leonardo Ferragamo, President of Nautor's Swan, and our historic partners Rolex for the trust they have placed in us for over 30 years. I conclude my welcome by reminding everyone that the YCCS for its 50th anniversary created the One Ocean Foundation because the sea now needs all of us to pay attention to protecting it."

During the Welcome Cocktail on the terrace of the Yacht Club Costa Smeralda, General Secretary Jan Pachner welcomed everyone present, and recalled the YCCS' commitment to sustainability and the safeguard of the sea through the One Ocean Foundation, created to raise awareness of the issues and encourage the adoption of small actions that can make a difference. The foundation's initiatives include the "Journey to safeguard the sea", a tour of Italy on board Crivizza, a vintage sailing boat. Well-known skipper Mauro Pelaschier, an Ambassador for the One Ocean Foundation, travels around the coast presenting the Charta Smeralda to yacht clubs, a code of ethics which everyone can subscribe to online to become a spokesman for the cause. The Swan Class has eagerly adhered to the principles of the Charta Smeralda since it was established.

Pelaschier yesterday finished the ninth leg of his tour in Sardinia, and departed from Porto Cervo today after having participated in a round-table discussion with authorities and local companies who committed to pursuing greater sustainability in their activities.

The YCCS also supports the MareVivo association which, together with the Italian Sailing League, created the App "Occhio al mare", which allows users to create a photographic, geo-referenced database of their encounters with both the inhabitants of the sea and the waste they find while navigating.

Sailors also have access to a free dispenser of purified water located below the Piazza Azzurra, opposite Pier C. With this initiative, the YCCS intends to actively contribute to the reduction of plastic bottles, in particular those used on board during regattas.

The weather forecast for the week indicates light breezes mainly from the east and south east. Participants will meet at 9 a.m. for the daily weather briefing from Quantum Sails.