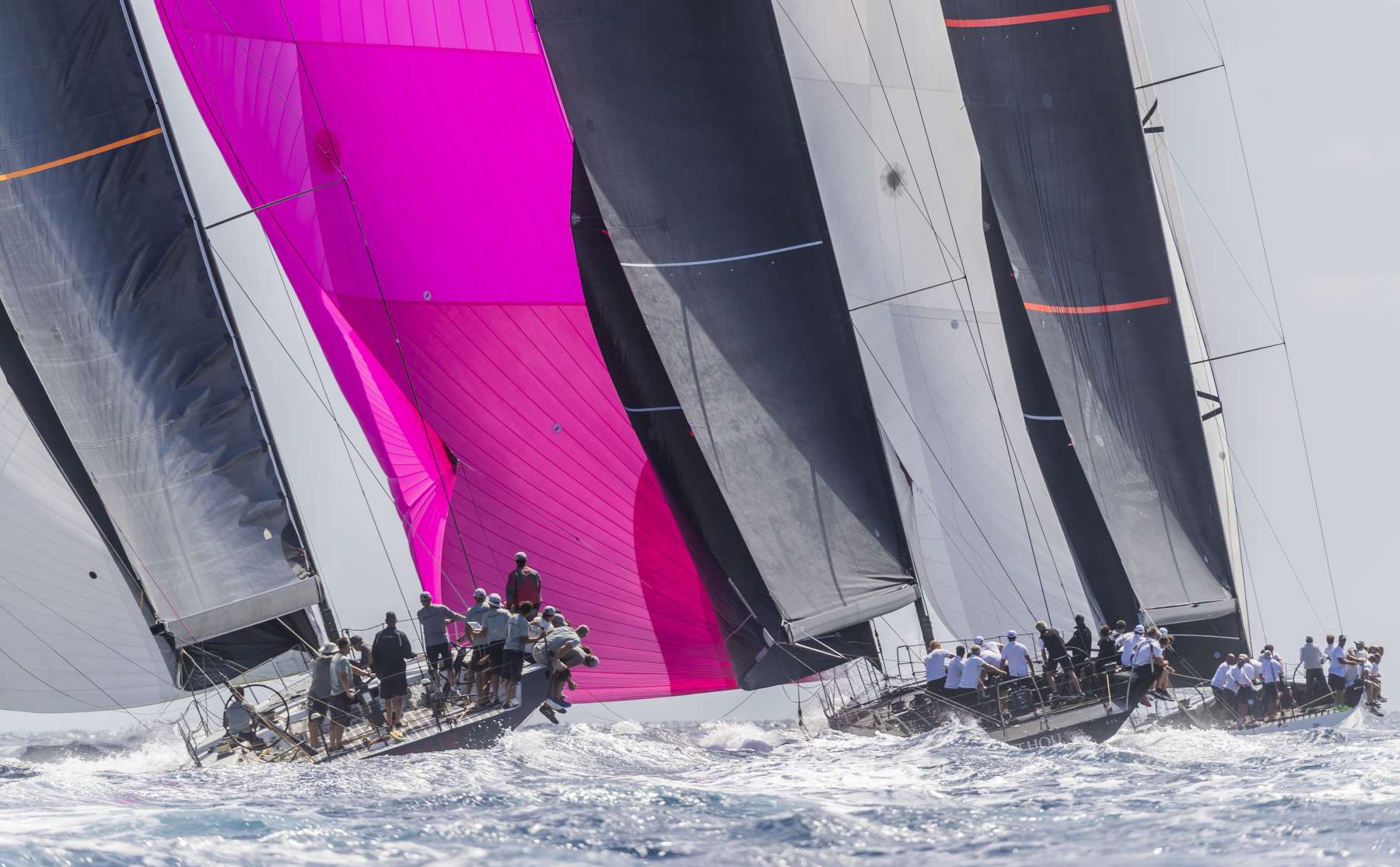 Porto Cervo, 2 September 2018. The 29th edition of the Maxi Yacht Rolex Cup & Rolex Maxi 72 World Championship officially opened this evening, 2 September, with the skippers' briefing and a welcome cocktail on the terrace of the Yacht Club Costa Smeralda. The event, which opens an intense September of racing in Costa Smeralda, is organised by the YCCS in collaboration with IMA, the international class for maxi yachts, and with the support of title sponsor Rolex. Racing will begin tomorrow with the first start scheduled for 11.30 a.m., and will conclude on Saturday, 8 September with the prize giving in Piazza Azzurra. Thursday, 6 September is set aside as a lay day or for recovery of any cancelled races. Among the social events, the Owners' Dinner and the Crew Party will be particularly noteworthy.

The weather forecast indicates ideal wind conditions for tomorrow, with a mistral wind of up to 18 knots, while a thermal breeze is expected for the rest of the week with a possible return of the mistral on Friday, 7 September.

The yachts have been divided into six categories on the basis of their technical and performance characteristics. The "smallest" boats in the fleet are the Swan 601s together with the 60' Spectre, while the longest is the J Class Svea, measuring 43.61 metres in length.

The Rolex Maxi 72 World Championship sees six boats battle for the world title of the Maxi 72 class. The reigning champion Momo, owned by YCCS member Dieter Schoen, will be up against Cannonball, Jethou, Lucky, Proteus and Sorcha. The J Class yachts Svea, Topaz and Velsheda will sail in the Supermaxi class along with My Song and Viriella. Also present in Porto Cervo is the high-speed Rambler 88, which recently claimed Line Honours in the Palermo - Porto Cervo - Monte Carlo race.

Among those defending their titles are Galateia in the Wally Class, Roberto Lacorte's SuperNikka - seeking a hat-trick after victories in 2015 and 2017 in the Mini Maxi Racing Cruising (RC) group 1 division - and Riccardo De Michele's H2O, last year's Mini Maxi RC winner both in group 2 and overall.

Maxi yachts are extremely powerful and call for expert crews, especially in the case of strong winds. It only natural, therefore, that some of the most famous names in professional sailing and champions with impressive records should take part. The many stars of sailing participating include Italy's Alberto Bolzan - back from his second VOR campaign - tactician on My Song, multi world champion Vasco Vascotto, tactician on the Maxi 72 Cannonball, Tommaso Chieffi, tactician on the Maxi 72 Proteus, former Luna Rossa skipper Francesco De Angelis on the J Class Svea, Michele Ivaldi - navigator on Momo, Lorenzo Bressani and Enrico Zennaro in the afterguard on SuperNikka and Mauro Pelaschier at the helm of Viriella, owned by YCCS member Vittorio Moretti. Famous names among the international sailors attending include Brad Butterworth on Rambler, Ken Read on the J Class Svea, Tony Rey, strategist on the J Class Topaz, and the legendary Tom Whidden and Jochen Schuemann on the Wallycento Magic Carpet Cubed.

YCCS Commodore Riccardo Bonadeo welcomed the participants today: "We have reached twenty-nine editions of the Maxi Yacht Rolex Cup, a regatta that is a hallmark of our Club and which always sees a large fleet of entries. A warmest of welcomes goes to those who are visiting us for the first time as much as to those - the majority of the fleet - who have been participating for many years. A special greeting goes to the J Class, which after four years has returned to race in the waters of Sardinia. Fair winds to all!".

The Yacht Club Costa Smeralda recently created the One Ocean Foundation for sustainability and the protection of the sea. Initiatives moving towards greater sustainability have been put in place for the regattas organised from this season. These include a distributor of purified water located below Piazza Azzurra, opposite quay C, available to crews, which reduces the use of thousands of plastic bottles. Sailors have also been also asked to download the "Occhio al Mare" App: a tool developed by Marevivo Sailing Division thanks to the contribution of the Italian Sailing League (LIV) and supported by the One Ocean Foundation. The App allows users to photo-identify and georeference marine species as well as waste, especially plastic, which pollutes and sullies our seas.