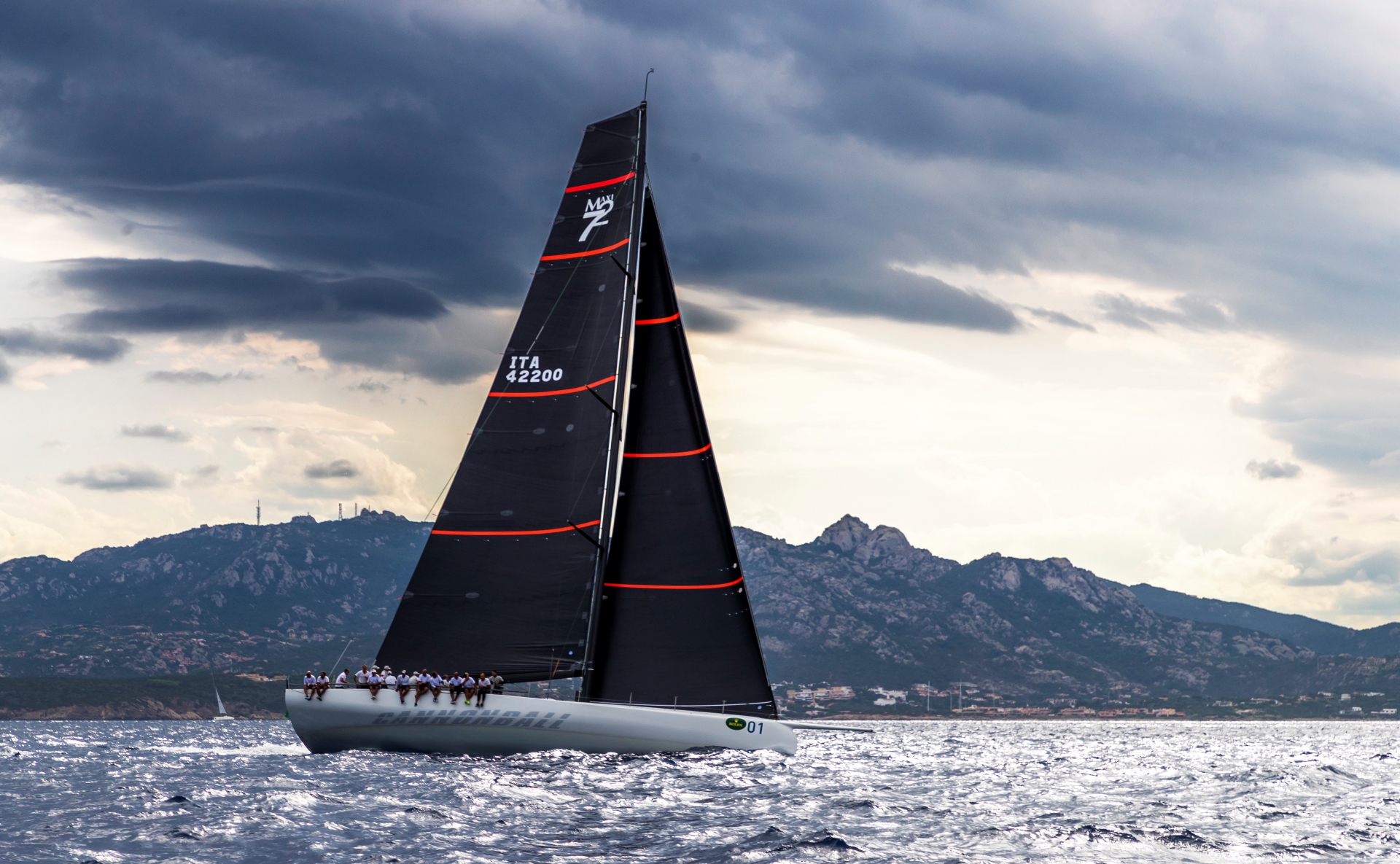 Racing is postponed until tomorrow in this 29th edition of the Maxi Yacht Rolex Cup & Rolex Maxi 72 World Championship, with the same schedule as today: windward-leeward races for the Wally Class and a coastal course for the other five divisions. The forecast for tomorrow shows a south-easterly breeze of 7 to 14 knots.

Today's meteorological conditions had been predicted by the forecasting models for several days, however the complexity of the situation and the numerous variables at play meant that various scenarios were possible.

The Race Committee raised the AP flag ashore to postpone racing this morning, signalling to competitors to wait at the dock for further developments. At 1 p.m. the flag was lowered and the start for the first group, the Maxi 72s, was scheduled for 2 p.m. A solid thermal breeze from the south of approximately 12 knots was blowing on the regatta course when, just minutes before starting procedures were about to get underway, a storm moved in from the Bocche di Bonifacio straits, blocking the thermal breeze and leaving the fleet windless.

The Race Committee tried to get starts underway on both the coastal and windward-leeward courses at 4 p.m. with a northerly wind coming from the great black clouds. However shortly after starts were given for the Maxi 72 and Wally Classes, racing had to be cancelled due to a massive shift to the right of over 50° followed by a complete absence of wind.

Principal Race Officer Peter Craig explained how the day developed: "We were right to keep the fleet in port and when we went out we were surprised, in a good way, to find 12 knots of solid breeze given the forecasts. But it started to ease very quickly as it clouded up, no big surprise. We waited for the better part of 2 hours and it came in from the west pretty hard, we saw 15-17 knots and we thought we would be able to get a race in because it would be for the duration of the day, but sure enough it fell right off to nothing after we got the Maxi 72s away. So it was unfortunate, they got a practice start in anyway and after that it was pretty clear we couldn't get the full sequence. The previsions for tomorrow show it as being sailable."