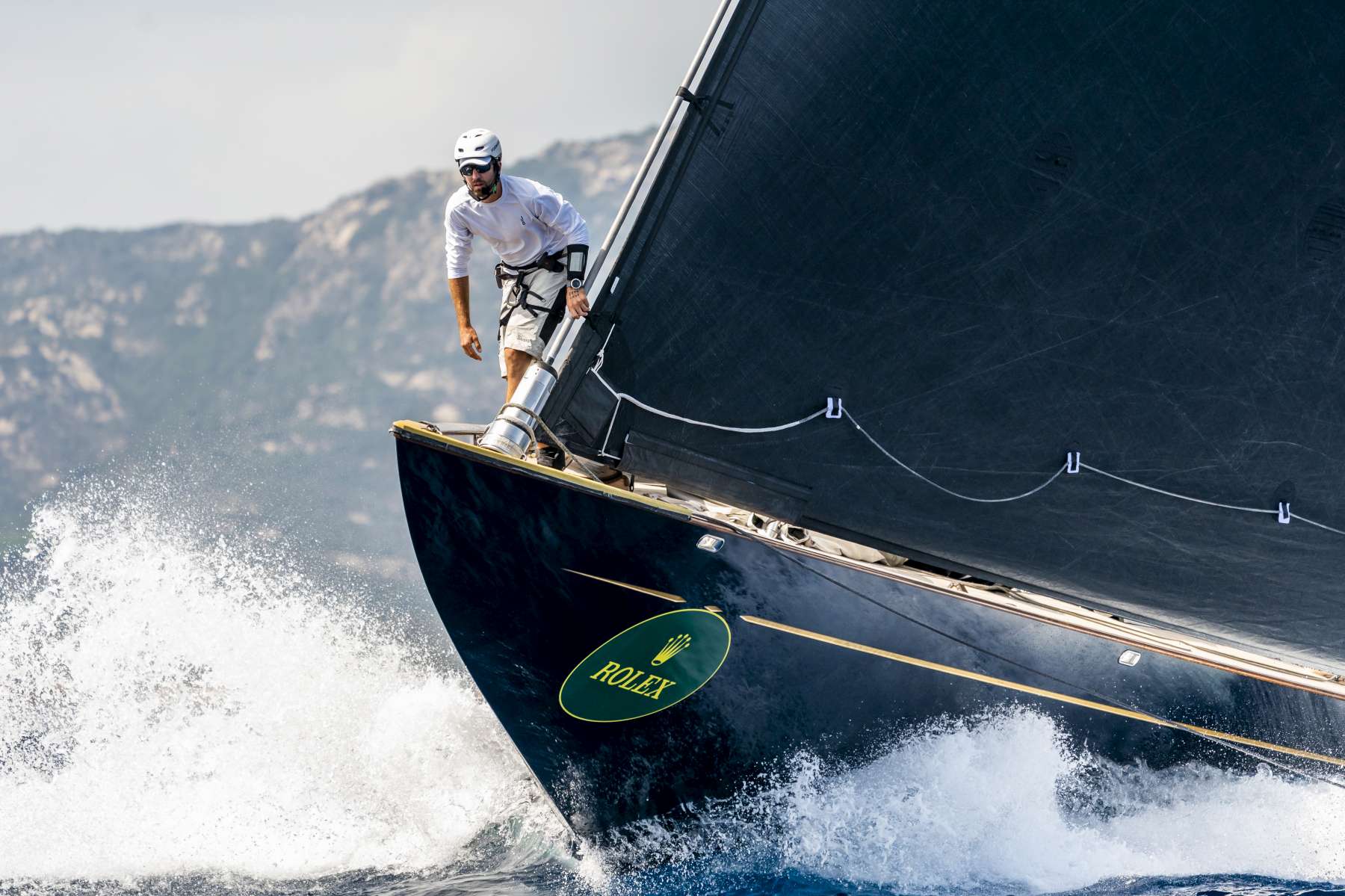 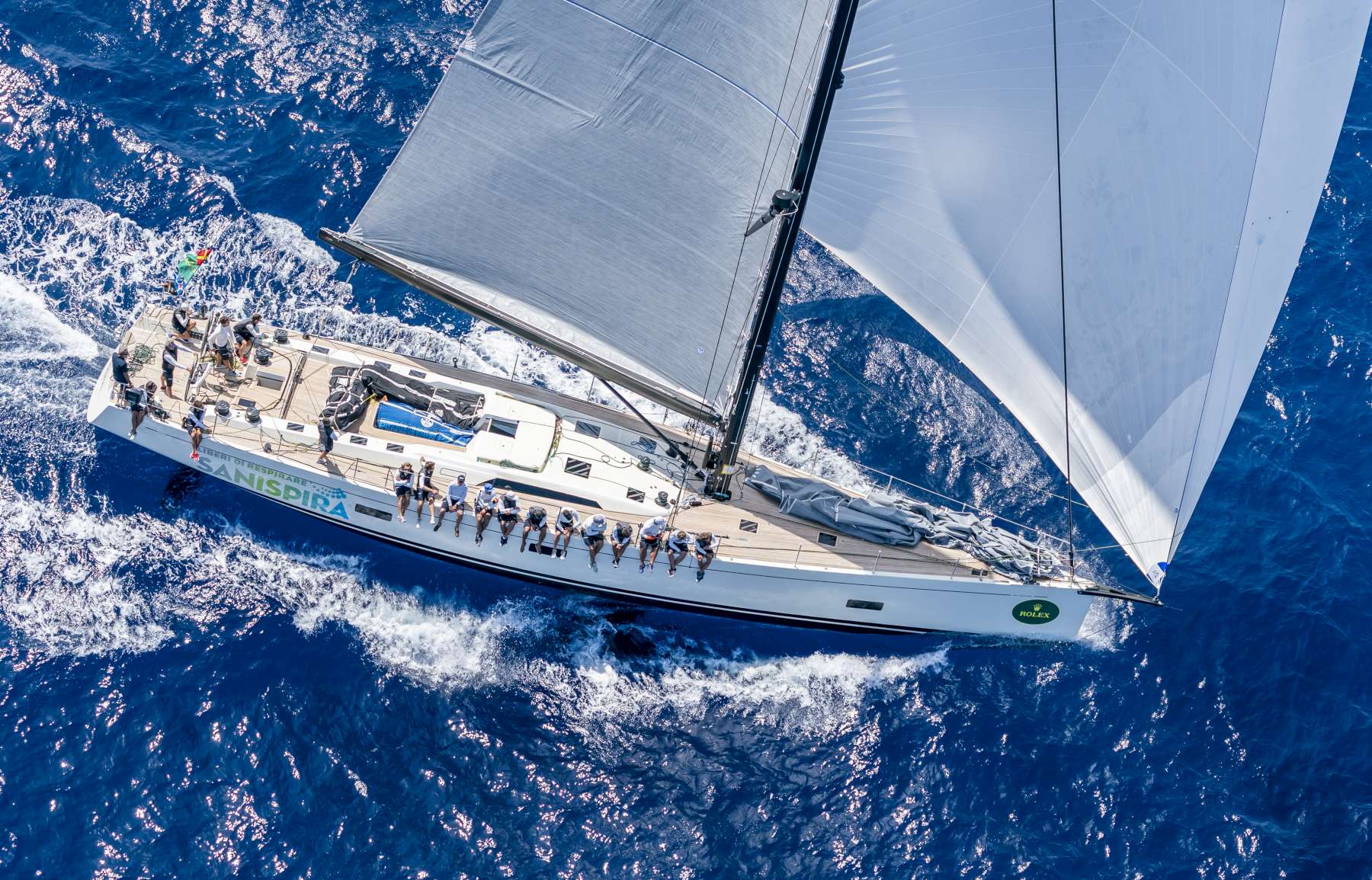 Porto Cervo, Italy. 6 August 2018. The fourth day of the Maxi Yacht Rolex Cup & Rolex Maxi 72 World Championship, an event organised by the Yacht Club Costa Smeralda with the support of the International Maxi Association and title sponsor Rolex, saw the fleet complete a 22.1-mile coastal course. With a south-easterly breeze of 12 to 14 knots the fleet rounded the islands of Soffi and Mortoriotto before rounding an offshore mark and returning to Porto Cervo on a reaching leg. The Mini Maxi fleet raced two windward-leewards, which saw Supernikka victorious again in group 1 and H2O score another win in group 2. With the exception of the Super Maxi group, where the points are very close, the top players in each division are now becoming clear and the leaders of the provisional classifications are consolidating their positions.

Momo continues to dominate among the Maxi 72s, and today took their fourth victory out of four races run. However the German boat had a battle on their hands right to the end with English boat Sorcha and only managed to take the lead on the approach to the finish line thanks to a good call from tactician Marcus Weiser who timed their gybe perfectly. Second place went to Cannonball who moved up during the race to pass Sorcha - who finished third today - using a similar tactics to Momo.

Vasco Vascotto, tactician on Cannonball, commented: "We're in a bit of a tight corner where we have to battle with Momo and fight off the other contenders, whereas Momo only has us to battle with. Today we consolidated our second place, but we know we need to improve in the future. Our direct competition is better prepared in terms of speed and we are learning a lesson from that. As in all things, when someone teaches you a lesson, if you're smart you learn from it and if you're not you blame someone else for your mistakes."

The Wally 80 Lyra is in complete control in the Wally Class with their third consecutive victory and an overall score of just 5 points, less than half that of Magic Carpet Cubed, in second place, who despite sailing a perfect race today could not threaten the reign of Lyra.

In the Super Maxi class, the win of the day went to the J-Class yacht Svea with former Luna Rossa skipper Francesco De Angelis and Ken Read at the afterguard. Svea sits third in the overall classification behind the J-Class yachts Topaz and Velsheda, with just four points separating the top three boats. The International Jury granted Topaz redress for an OCS penalty awarded incorrectly and the boat was assigned the first place finish that they would have achieved had they not had to restart.

With today's win the Southern Wind 82 Grande Orazio strengthened their lead at the top of the Maxi class ahead of Vera and Rambler 88. Lorenzo Bortolotti, tactician on Grande Orazio: "Today we needed to confirm our position and we did, we started fairly aggressively, trying to get the favoured right side of the course. After that the race was easy enough, the boat sailed very well. We have a tried and tested crew who didn't make a single mistake, when the crew works together and the boat travels fast, things are easier for the tactician as well. But there are still two races left and all is yet to play for, we respect our adversaries a lot, especially Vera - the former My Song - a boat with a great record and a great crew guided by sailors such as Bouwe Bekking and Michele Regolo. That's what is great about this event!"

In the Mini Maxi group 1, SuperNikka's leadership is indisputable, while behind her Lorina 1895 moves up to second place, pushing Wallyño back to third. In group 2 H2O continues to excel with a clear run of wins in all four races ahead of Shirlaf in second and Lunz Am Meer in third.

Racing will continue tomorrow as scheduled at 11.30 a.m. with a mistral wind gusting at up to 20 knots forecast. The Maxi 72 class will be set windward-leewards while the other classes will sail a coastal course. Crews will meet as usual at 9 a.m. in Piazza Azzurra for the daily weather briefing by Quantum Sails.