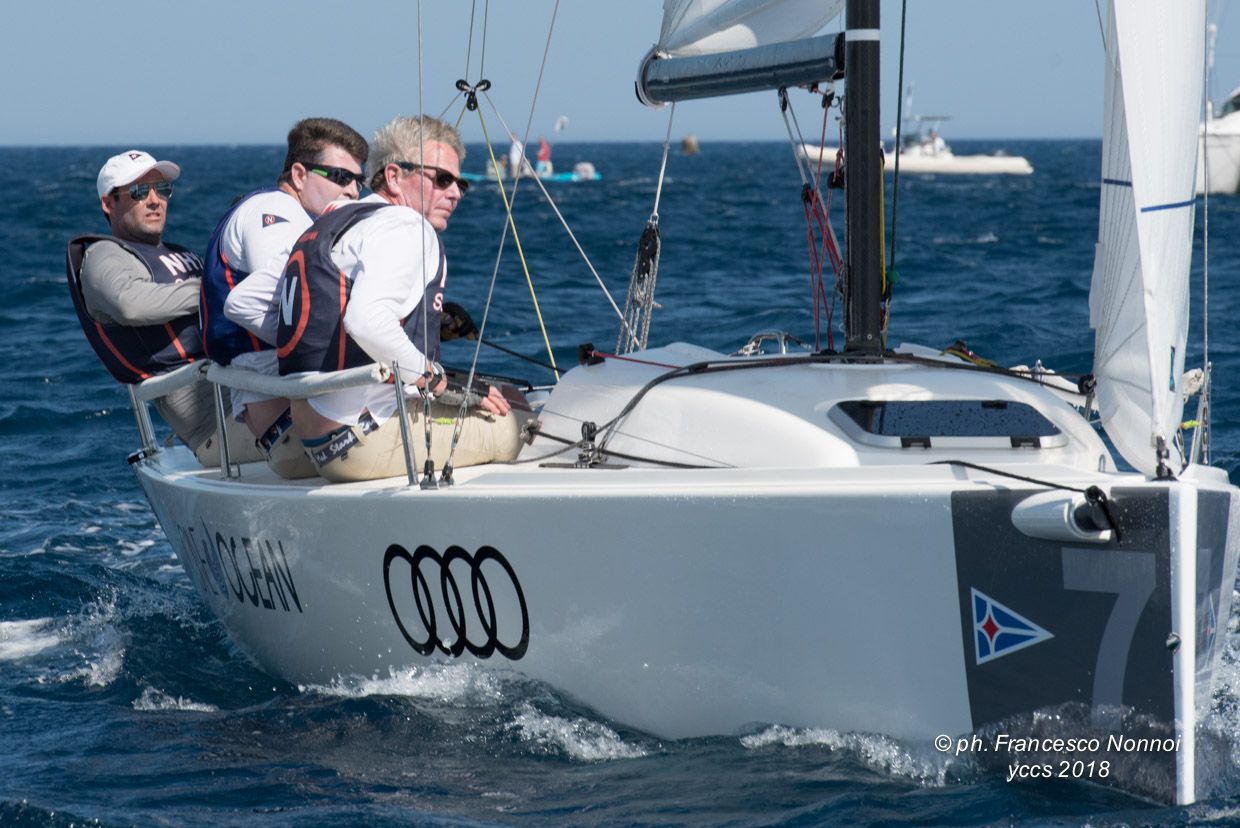 Porto Cervo, Italy. 22 June 2018. The second day of racing in the Audi Invitational Team Racing Challenge started as scheduled this morning. The event organised by the Yacht Club Costa Smeralda (YCCS), with the support of title sponsor Audi, will end tomorrow, 23 June. Newport Harbor Yacht Club is currently at the head of the provisional classification followed by YCCS, with the team from New York Yacht Club in third place.

Accompanied by a westerly wind of varying intensity, this morning at 11.30 the participating teams commenced battle aboard the YCCS fleet of J/70 boats. At approximately 3 p.m., as the breeze dropped out, racing was halted for an hour until the westerly wind built back up to 12-15 knots. This allowed the teams to complete the second round robin of the regatta and start the third with a total of 50 races run so far.

With a perfect scoreboard of 8 wins out of 8 races, the Newport Harbor Yacht Club team led by Justin Law and Mac Mace took control of the provisional classification leaving the host team from YCCS (skippers Edoardo Mancinelli Scotti and Antonio Sodo Migliori), which today posted 6 wins out of a possible 8, in second place. The New York Yacht Club team pulled away from Eastern Yacht Club by a delta of two points and now sits in third place in the standings.

Dave Clark, Commodore of Newport Harbor Yacht Club, who is participating in the event commented: "The event has exceeded our expectations, the organisation, the race committee, sponsors and all the staff have been perfect. We're having fun and we're also racing well!"

Skipper Justin Law added: "It was a fantastic day, we started at 11.30 on the dot and apart from the drop in wind in the middle of the day, everything was perfect. We can't wait to race again tomorrow!"

Tonight the teams representing prestigious international yacht clubs will participate in the Regatta Dinner at the YCCS Clubhouse before tomorrow's final day.