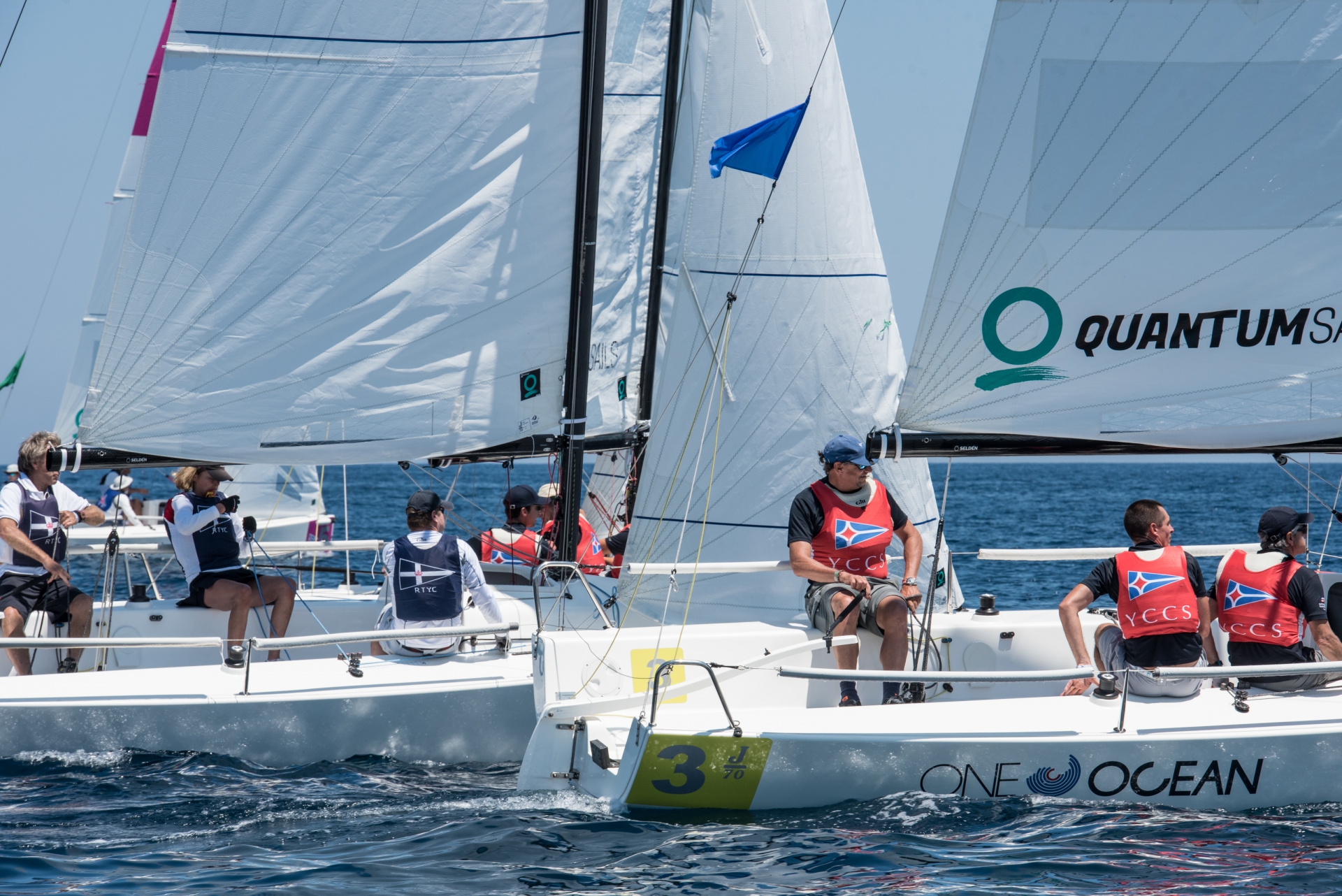 After an initial postponement of the first starting signal due to light winds, the Race Committee got racing started at approximately 13.30 today on the regatta course in front of Porto Cervo Marina. The seven competing yacht clubs - 14 crews in total - completed the first round robin of the event today.

Opening racing were the two crews representing YCCS, headed respectively by Antonio Sodo Migliori and Edoardo Mancinelli Scotti, who today claimed victory in all six of the races run. Stars and stripes dominated second and third place in the standings, with the Newport Harbor Yacht Club (skippers Justin Law and Mac Mace) preceding the other two participating US teams - Eastern Yacht Club (skippers Spencer Powers and Stein Skaane) and New York Yacht Club (captained by Brian Doyle and Will Graves) - tied in third place with an extra race run.

Filippo Maria Molinari, Team Captain of YCCS, commented: "We've given all the participating teams a good welcome, we were able to win all our races today and we are of course pleased. There is a little more wind forecast for tomorrow, today we had very light conditions, 7-8 knots up to 10, but the day was very pleasant. Most likely we are at an advantage because we have a light crew, we'll see what happens in the next few days with stronger wind."

The first starting signal for tomorrow, 22 June, is scheduled for 11.30 a.m. with westerly winds of 16-20 knots forecast.