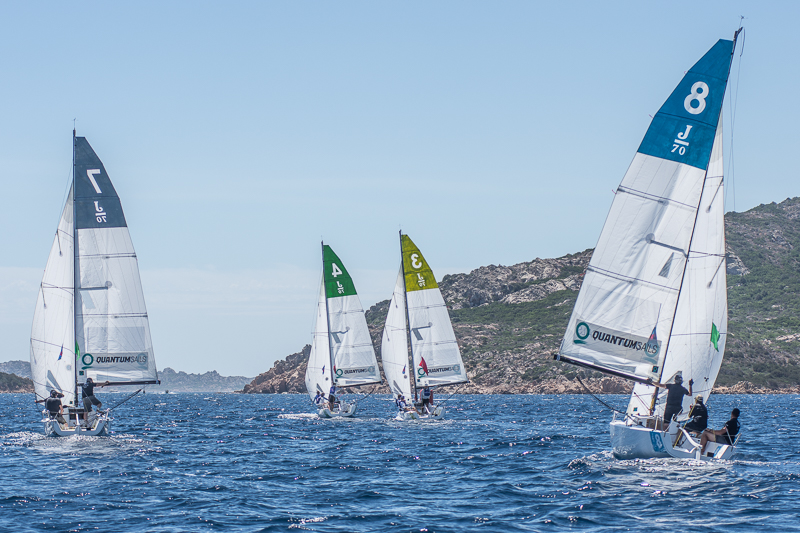 Porto Cervo, Italy. 20 June 2018. Competition in the Audi Invitational Team Racing Challenge kicks off tomorrow, 21 June. The event is organised by the Yacht Club Costa Smeralda with the support of title sponsor Audi and runs through 23 June.

The biennial regatta takes place aboard the YCCS fleet of J/70 boats using the "team racing" formula in which four boats at a time - two representing each team with 3 crew on board - compete in a series of short, fast races that emphasise teamwork between the crews.

Seven teams have enrolled in the third edition of the event, including the Newport Harbor Yacht Club, winner of the 2016 edition. A team from renowned British club the Royal Thames Yacht Club will also compete, as will Gamla Stans Yacht Sallskap, Eastern Yacht Club and teams from the celebrated New York Yacht Club and Royal Yacht Squadron - both of which are twinned with the YCCS. The home team representing the YCCS will also take part.

YCCS Commodore Riccardo Bonadeo commented on the interclub event: "I am particularly pleased to welcome these teams who have travelled from countries as far away as Sweden, the United States and England to come to Porto Cervo for three days of thrilling racing. We are looking forward to seeing some great sportsmanship with crews competing to defend the honour of their respective Clubs. And finally, I would like to thank our home team flying the YCCS colours, led by Antonio Sodo Migliori and Edoardo Mancinelli Scotti."

Teams had the chance to practice with the boats on the regatta course this morning before racing gets underway tomorrow at 11.30 a.m., with light wind forecast.

For more information, the entry list and technical documents visit the YCCS website or contact the Press Office. Press releases, photos and videos are available on www.yccs.com.