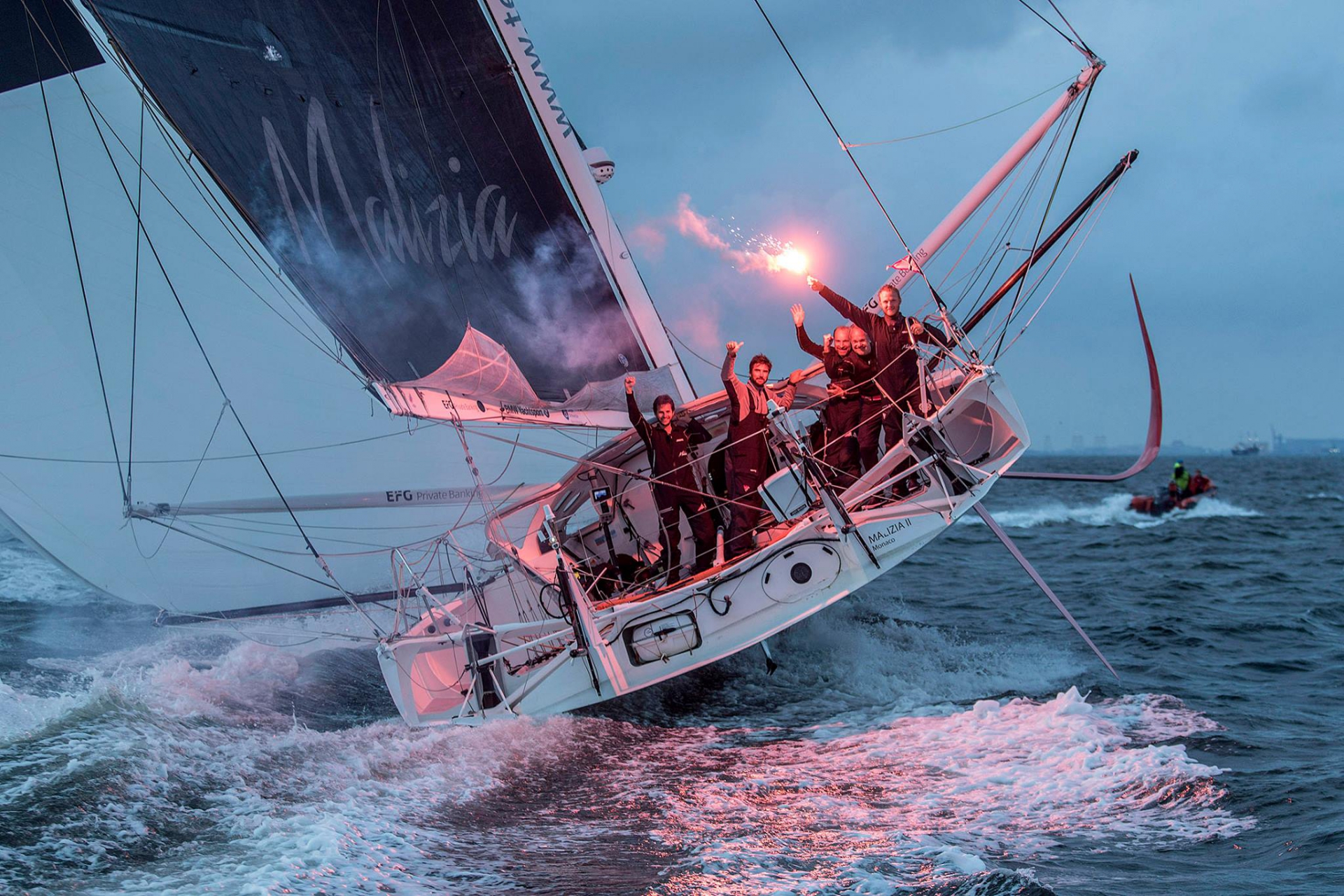 Following a 10-day, transatlantic bow-to-bow battle, the IMOCA 60 dominated on the water and took the elapsed time record, while Varuna scored the current top spot in IRC Zero.

It was the last chapter of an epic 3,500nm transatlantic rivalry between Jens Kellinghusen's Varuna VI, and Boris Herrmann's Malizia - Yacht Club Monaco. In the end, Malizia was the fastest boat on the water and first after elapsed time, but Varuna succeeded over Malizia in IRC Zero after corrected time.

In the early morning hours of July 18, Malizia reached the German finish line at around 03:54am UTC, followed by Varuna at about 04:48am UTC - less than an hour behind their main competitor, after thousands of nautical miles. With the end of this tight maritime battle started another one: NMYD 54 Teasing Machine and TP52 Rockall have already approached the English Channel and could still snatch the IRC Zero podium finish from Malizia by taking second and third place after corrected time.

For almost 10 days, it was match-racing as its finest, when the two Line Honours favourites Varuna VI and Malizia - Yacht Club Monaco sailed almost bow-to-bow from Bermuda to Germany in the Atlantic Anniversary Regatta. In the late hours July 17, just about 200nm away from the ultimate destination, Malizia was finally able to gain distance from Varuna, establish her lead and cross the finish line in Cuxhaven first on July 18. But Varuna triumphed after corrected time in their mutual category and is currently holding the top spot in IRC Zero.

While on their way to the AAR Race Village on the other side of the big pond, the entire fleet's forecast skills were challenged by Hurricane 'Chris', who temporarily increased his speed to about 30 knots. All crews persevered and have been reported safe, the hurricane has since diminished.

The winners of the race marking the respective anniversaries of the Yacht Club Costa Smeralda and the Norddeutscher Regatta Verein will be awarded their trophies on 28 July during the final prize-giving ceremony.

For any further information visit the anniversary-regatta.com