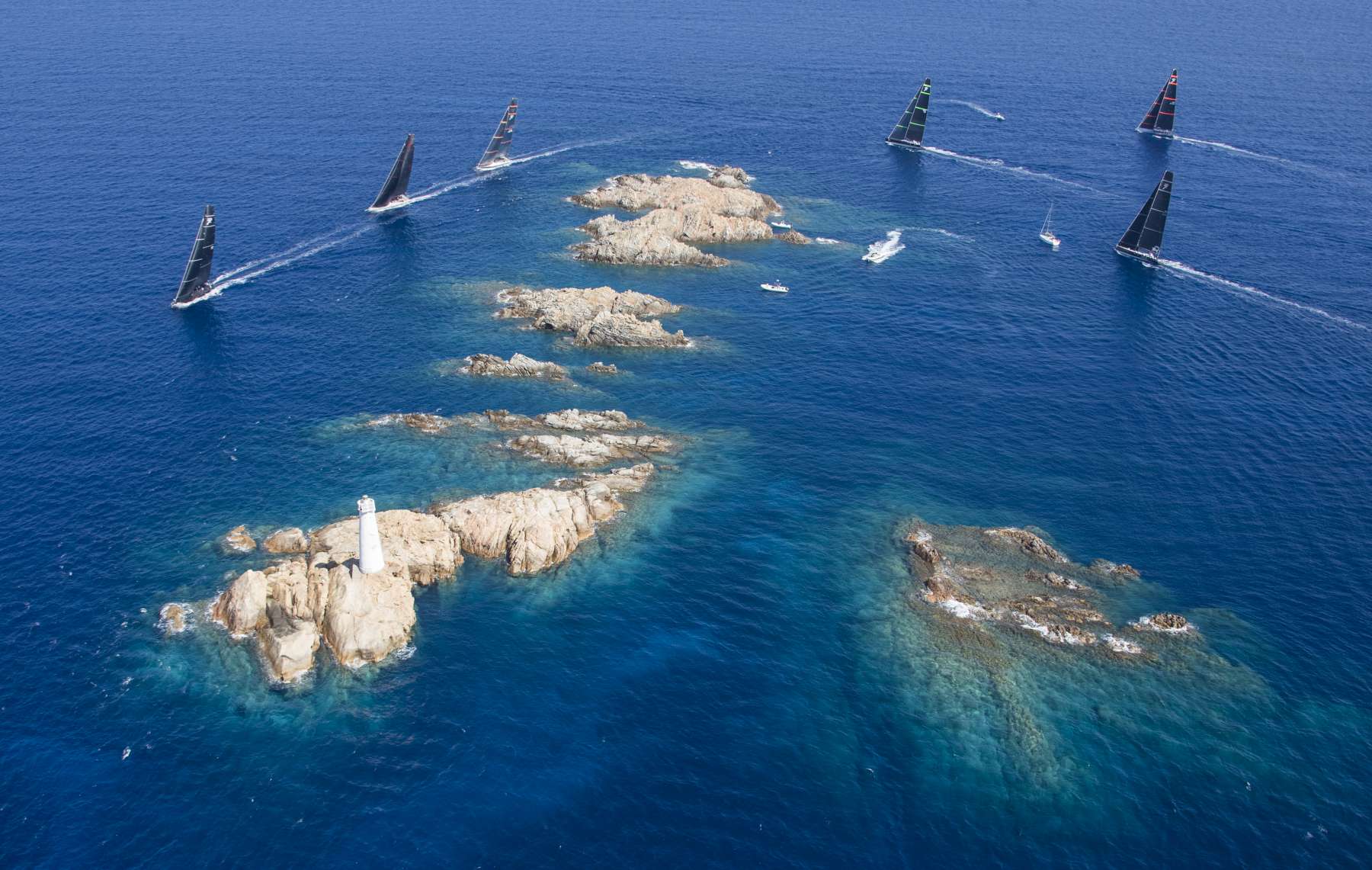 Porto Cervo, September 3, 2017. There are exactly fifty Maxi Yachts in the marina at Porto Cervo, the same number of Maxis as years that the Yacht Club Costa Smeralda has been founded. In fact, it was 1967 when His Highness the Aga Khan cut the ribbon at this Yacht Club. Starting tomorrow Monday, September 4th, these beautiful yachts, true queens of the seas that combine the most advanced technology with the best in maritime tradition, will begin racing. Both coastal and windward/leeward courses will be included in this event that ends Saturday, September 9th. Racing is scheduled to begin tomorrow at 11:30 AM.

2017 marks the 28th edition of the event, which is organised by the Yacht Club Costa Smeralda in collaboration with the International Maxi Association with the support of Title Sponsor Rolex. Today was dedicated to registration and the Skipper's Briefing and the fleet stayed in port because of strong Mistral winds. The winds are predicted to turn towards the north then calm down a bit starting tomorrow morning. After a bit of calm conditions, winds are predicted to pick up during the week and return to the north-west.

The yachts registered are of all kinds- as long as they're over 60'. Classes have been determined on the basis of technical characteristics and predicted performance. The many Wallys racing will be in a Class of their own that will well represent the style and the innovative technology that this Monte Carlo based brand brings to the water. The Maxi72 Class will be formed of pure racers that have to conform to rigid Class Rules to compete in the Rolex Maxi72 World Championship that will be held within this event.

With a fleet of such a high level every yacht present deserves special mention both for beauty and for technology. Eyes are on Ribelle, a 33m designed by McKeon for a member of the YCCS. This yacht will be helmed by Francesco De Angelis, a name that many will recognise as being that of the skipper aboard Luna Rossa when she won the Louis Vuitton Cup in Auckland. Other AC stars like the Kiwis Dean Barker and Brad Butterworth will be aboard Rambler, the 88' racer that just won Line Honours at the Rolex Fastnet Race, the famous off-shore test that takes racers from England to Ireland and back via Fastnet Rock. Lucky, a smaller entrant at "just" 63', will be flying the New York Yacht Club's colours and has arrived in Porto Cervo after capturing Line Honours in the Palermo Montecarlo.

Veteran VOR racer Bouwe Bekking will be skipper aboard the Baltic 112' Nilaya, a yacht that has already won this event in the past. After the Maxis he will head off around the world with the VOR yet again, this time at the head of Team Brunel. Another VOR veteran and two time Olympic silver medallist is Ian Walker, who will be racing here as tactician aboard Magic Carpet Cubed, Sir Lindsay Owen Jones' Wallycento. The Wally 106' Open Season, owned by IMA president Thomas Bscher, will have Jochen Schuemann aboard. Sorceress, the newly launched Southern Wind 96 designed by Farr Yacht Design and Nauta Design will be debuting here in anticipation of her World Premiere at the upcoming Monaco Yacht Show. Nautor's Swan will have three Swan 601s and two vintage yachts, the Swan 65' Shirlaf and the Swan 651' Lunz Am Meer, racing at this event.

All eyes are on the Maxi72s where defending champion Hap Fauth's Bella Mente will have Terry Hutchinson as tactician. They will have to fight hard to defend their title from Momo, Cannonball, Proteus and Caol Ila R.