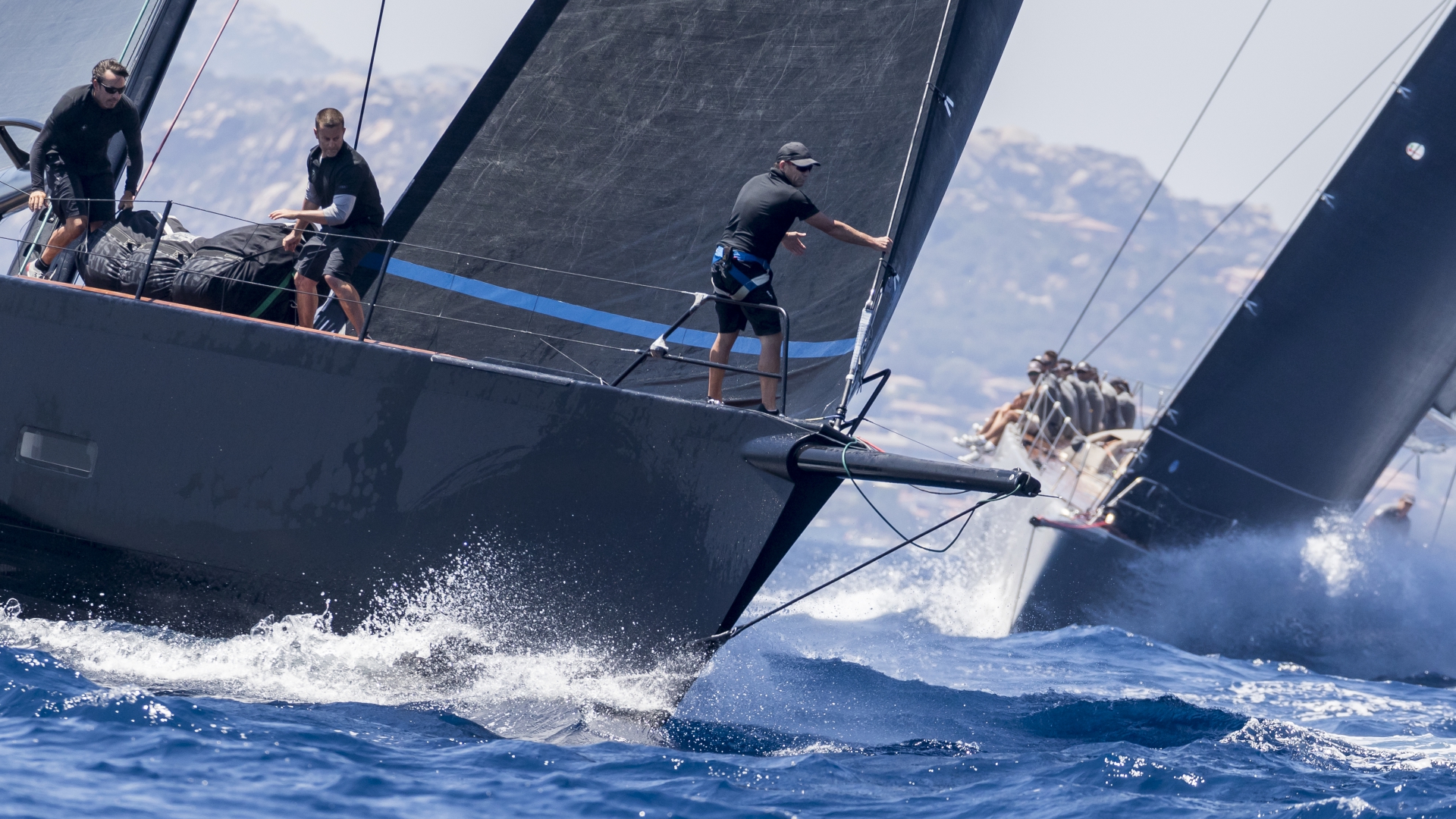 Porto Cervo, 3rd June 2017. A dream was realised a year ago for owner Albert Buell when he and his crew won the Loro Piana Superyacht Regatta on Sardinia's glorious Costa Smeralda for the second successive year.

The popular German skipper, who, since winning the Admiral's Cup in 1973 has raced eight subsequent yachts all called Saudade, was ecstatic today as his crew completed a hat trick of Superyacht class titles by winnning the last race of this tenth edition of the Loro Piana Superyacht Regatta organised by the Yacht Club Costa Smeralda in collaboration with Boat International Media and the Title Sponsor Loro Piana.

The perfect check out of two back to back wins also made sure that Sir Lindsay Owen Jones' Wallycento Magic Carpet Cubed crew ended a two year winning drought.

The emblematic 'boys in blue' topped the Wally class, to gain their revenge on rivals Open Season who last year pulled the rug from under the Magic Carpet crew, defeating them in the last race of the regatta to steal the win.

For both Loro Piana Superyacht Regatta 2017 winning owners and their crews Costa Smeralda has long been a particularly happy hunting ground. Owen Jones and his Magic Carpet team won the Maxi Yacht World Championship here in 2008, 2012 and 2014. And Buell's Saudade teams first tasted victory on this beautiful Mediterranean island in 1988 on the victorious three boat German team that lifted the Sardinia Cup. Several of Buell's crew have sailed with him for more than 20 years. Boat Captain Michael Wilson has been with Buell for 17 years and Ib Anderson the sailmaker has sailed with the German owner for more than 20 years.

Last year tactician Bouwe Bekking, the seven times Whitbread and Volvo Ocean Race veteran, rejoined Buell to guide Saudade to their second Loro Piana Superyacht Regatta victory some 26 years after they first sailed together on the dominant one tonner Saudade on which they won the One Ton Cup and the overall season in Northern Europe.

"We made the triple. That was the dream." Buell smiled as he lifted the top award for the regatta, the Silver Jubilee Cup by Boat International.

"The dream is a reality. There is not too much difference to how we won the last two years. This week was special because the winds were light and changed a lot. We had a lot of luck but the crew worked hard and we sailed smoothly."

Both class winning Wallys made optimising changes throught last winter which have contributed to an improved speed edge. Magic Carpet is a little lighter than last year and, according to Volvo Ocean Race winning Ian Walker, has been going better this season. So too Saudade has a new keel, rudder, bowsprit and rigging.

Buell concludes: " We have been coming here since 1975. Thirty years ago we sailed smaller boats, it was more crowded. But the satisfaction is always there, especially winning. Today is a special day and every year it is different. Bermuda has affected the number of boats but on the positive side there has been such a nice atmosphere here between the boats."

The crucial elements of Magic Carpet's key victory in the final race for the ten boat Wally Class were put in place by Walker, strategist Tom Whidden and navigator Marcel Van Triest, before the downwind start. On the figure 4 shaped 15 nautical miles course, going first downwind into the Passo del Bisce in the light 6-7 kts SSE'ly breeze, the Magic Carpet crew elected to start off the pin, leeward end of the line. As they entered the narrowing strait they crossed ahead of Wallycento rival Galateia by just half a boat length.

Their leeward, low line paid an initial dividend as they could do two gybes less than their rivals. Walker guided Magic Carpet into two particularly beneficial puffs of breeze through the little islands there. But it was here they stretched away. Open Season, having started on the wrong side of the line, were always on the back foot today. After three races of near flawless crew work, the Magic Carpet crew nearly snatched the proverbial defeat from the jaws of victory when they botched their final hoist ripped a spinnaker and nearly lost out within a few hundred metres of the final finish!

Walker quipped, "We tried to throw it away at the end but we held on!", adding, "Our last two seasons have been tough. We made some changes to the boat over the winter. We have done a lot more training coming into the season and had a good regatta in Palma when we beat the other hundred footers."

"To be able to beat the other hundred footers here is tough enough but the wind being the way it was we managed to beat the smaller boats too."

"Winning here is good for Lindsay (the owner). He has not tasted victory for a little while. It has been difficult to challenge Open Season so when it has been a 'big boat regatta' then they have been winning and when it has been a 'small boat regatta' then we were not in it. It is important to beat the other big boats and that is what we did and that was enough. The team work has been spot on all week. We had one small mistake on the last run which tarnished an otherwise perfect week but we got away with it."

Galateia, with Jeremy Robinson calling tactics and Walker's Volvo Ocean Race winning navigator Simon Fisher as navigator, finished runners up in the Wally class. The well sailed Wally 77 Lyra with Andy Horton as tactician took third but the competitiveness of this class is proven with only one point separating third from seventh in the ten boat fleet.

At the crowded prize giving the YCCS Secretary General Jan Pachner introduced Pier Luigi Loro Piana, Darrell McLennan Fordyce of Boat International and the YCCS Commodore Riccardo Bonadeo.
Commodore Bonadeo said: "I would like to thank the owners for having brought their beautiful yachts to Porto Cervo, the Regatta Committee and the International Jury and everyone who contributes to the success of the Loro Piana Superyacht Regatta. My special thanks go to Boat International which has contributed so much to the history of this event, to Pier Luigi Loro Piana, who is always at our side. I would also like to thank Lady Cristina Owen-Jones, wife of Wally Class winner Sir Lindsay Owen-Jones, for her support as UNESCO Ambassador to the 'One Ocean', Forum on the Oceans Sustainability, whose first edition will be organized in October by the YCCS to celebrate its 50th anniversary. "

The next regatta at the YCCS is the Melges 40 Grand Prix from the 14th to the 17th June.

See all the daily news, photos, videos, results, live tracking and official documents from the regattas on our website and via social media using #loropianasyr @yccs_portocervo @boatinternational @loropianaofficial.

Video: A VNR is available from today, details from pressoffice@yccs.it.