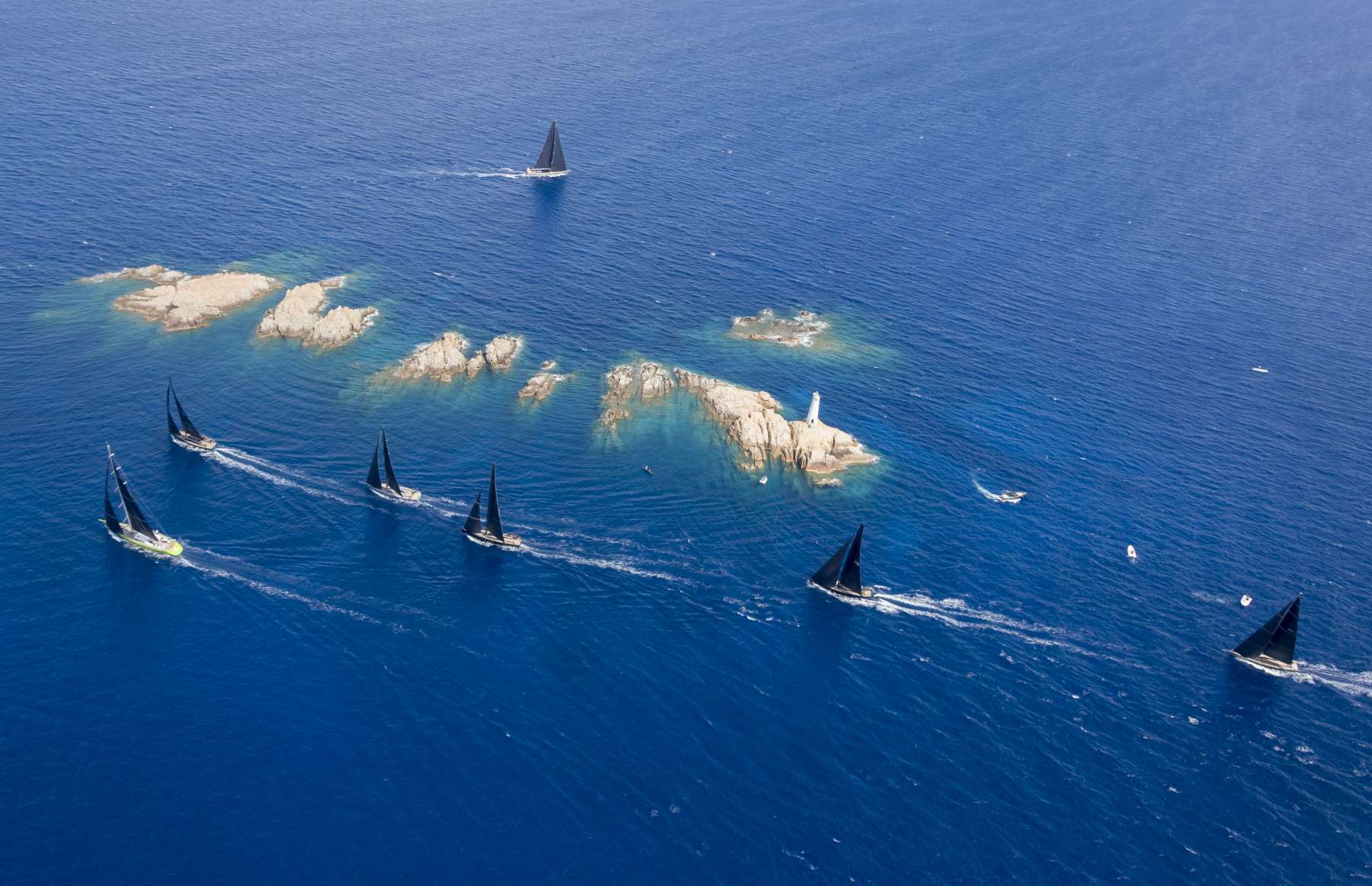 Porto Cervo, 31st May 2017. The owner and crew of Escapade underlined the fact that an army of rock star professionals and this year's Superyacht design technology are not necessarily prerequisites for winning at the Loro Piana Superyacht Regatta 2017. The event is organised by the Yacht Club Costa Smeralda in collaboration with Boat International Media and the Title Sponsor Loro Piana.

As the slowest rated yacht in the seven strong Superyacht fleet the crew of the 38m Dubois design took full advantage of the steadily strengthening southerly breeze which blessed the first of four planned coastal races.

The crew lead by tactician Dave Ridley of Hall Spars NZ made sure they capitalised by sailing smart downwind angles on the 24 nautical miles course to be rewarded by Escapade's first ever win on the Costa Smeralda, so denying a maiden race victory for the new McKeon designed 33m Ribelle by a margin of just over one minute on corrected time.

For the Escapade owner, Christophe Albin, the win was a pleasant surprise and an inspirational first foray on to a race course in Europe at the conclusion of three leisurely years of world cruising.

Swiss owner Albin was delighted, joking: "I asked twice to my team to check that they were not reading the result in the reverse order!"

"We have an excellent crew all coming from different parts of the world, but we integrated the crew very well on our first training day and that meant we could train well on the second and third day. We have done very few regattas, we did the Raja Muda regatta in Malaysia where we were third on one of the passage races and then we did the Saint Barths Bucket when we came third in our class, so it is a nice surprise today. It is a huge motivation to win to carry on competing and to try and do it again tomorrow, and after tomorrow."

Francesco de Angelis, helmsman, double Olympic gold medal winning tactician Luis Doreste and the crew of Ribelle appeared not to put a foot wrong, the excellent speed and smooth boat handling on Ribelle belying their limited time practising with the slippery new McKeon design. They enjoyed a close joust with Pier Luigi Loro Piana's crew on the new My Song, the scratch boat in the fleet, which took third, 54 seconds behind Ribelle.

Ribelle's owners were pleased and excited by their first competitive outing: "We had only two days of training but today the boat was responding beautifully, it was fantastic weather and a fantastic crew, so it is a great start with our new boat. We have Francesco de Angelis on the helm who is very clever and very quiet. Second on the first day for the boat and we are very happy."

The 24 nautical miles passage took the Superyachts and the ten boat Wally fleets on a beat to a laid mark, continuing upwind as the thermal build of the SSE'ly breeze kicked steadily to round the little rocky islet Mortoriotto before running back downwind past Porto Cervo to turn left into 'bomb alley' for short reach to the Golf turning buoy at Secca di Tre Monte to the south of Caprera. With the wind peaking at 13-14kts the second reach to downwind was north to the Monaci Islets before a beat and short broad reach to the finish.