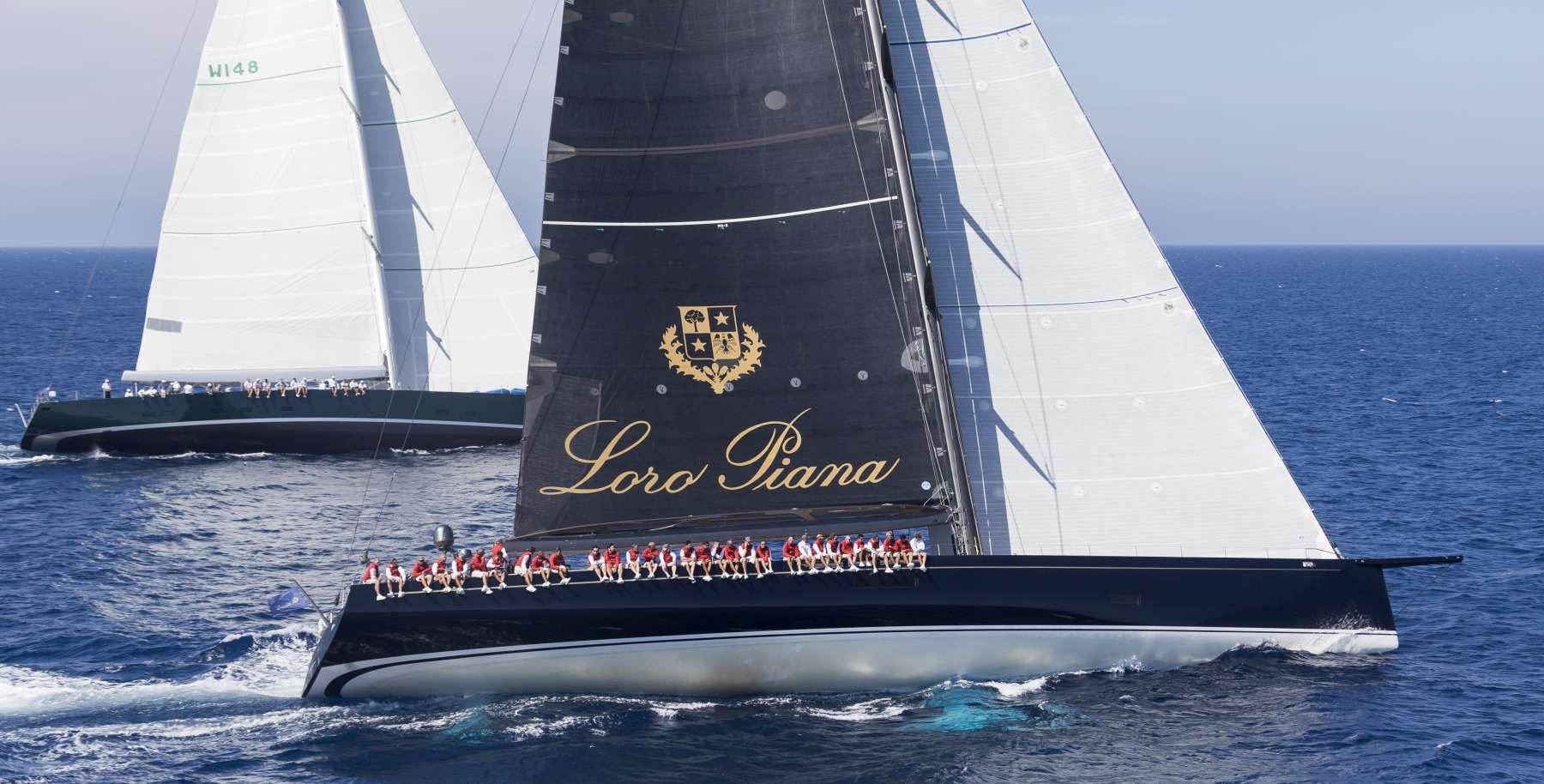 Porto Cervo, 2nd June 2017. In a gentler, flukier wind than has yet been experienced at the Loro Piana Superyacht Regatta 2017 on Sardinia's Costa Smeralda the biggest yachts, Saudade and Open Season, won the respective Superyacht and Wally divisions and so each enhanced their chances of defending the class titles that they both won here last year.

Starting smartly off the left end of the start line Open Season, the Wally 107 which has Jochen Schümann guiding the owner-helm - was able to establish a small lead on the first short upwind leg which they were able to extend just enough to hold their time over their twin Wallycento 100 foot rivals Galateia and Magic Carpet which took second and third respectively.

"It was a bit of a rich get richer situation. I don't really know what happened on the first leg, the breeze was moving around a bit and Open Season just got away. After that there was not much we could do to get back at them." Said Ian Walker, tactician on the Magic Carpet Cubed. "The main thing for us was getting third place today which was vital and gives us the lead going into the final day."

Magic Carpet Cubed go into the last race with a margin of three points over Lyra, the Wally 80.7 which slipped off the top of the Class with a disappointing sixth. Even after their win today last year's victors Open Season are still anchored to eighth overall, heavily ballasted down by their retirement from Race 1 because of a course infringement, sailing up through the finish line on the last short beat before turning for the reciprocal downwind sprint to the line.

"Usually we do very well when the wind is shifting around and that is how it was today." the Open Season owner remarked, "We had the perfect start. All the boats to the right of us had trouble and from there on we felt like we had the perfect race. And when we have the perfect race we are very hard to beat."

"I think it will be very comparable conditions tomorrow. It is easy to miss things that you should do." He concluded.

Sailing in the best of the shifty, unsettled 6-7kts breeze on that opening short leg also proved crucial to the first win this regatta for the Wally 148 Saudade. Victory today keeps last year's overall winner in close contention to make it three titles in succession, but the Saudade crew which sails under tactician Bouwe Bekking will need to beat overall leaders Ribelle, the new McKeon 33m.

Their best chance, Bekking affirmed, would be to 'do it again, to win tomorrow to be sure'.

In the fickle breeze which moved around in direction between 30 and 50 degrees at various times during the opening leg there was a certain amount of luck as well as good judgement required. Thereafter on the short 16.9 mile course down to the Monaci rocks then tight reaching down to Secca Tre Monti, there were not too many obvious tactical passing opportunities available, save on the slightly brisker beat out of 'bomb alley' around Capo Ferro.

Saudade made no mistakes, focusing on keeping fast and changing gears as the breeze rose slightly and fell away around the course. Tactician Bekking admits they were a little fortunate in the timing on their upwind leg but after that they, like Open Season, were able to sail their own race and save their time after correction. They go into the final day one point behind Ribelle, which has Francesco de Angelis steering and Luis Doreste making the tactical calls. But with a six or seven points gap separating the top three from fourth it is looking very much a three cornered fight for the overall win tomorrow, Saturday, when the winds are forecast to remain modest.

When they won last year the Saudade owner, who has been racing regularly on the Costa Smeralda for 17 years, admitted it was his dream to win two Loro Piana Superyacht regattas back to back. Having achieved that he will not be drawn on their chances of three in a row.

"Nobody knows. We will just have to see what tomorrow brings. We had a lot of luck and no misunderstandings today and that made the difference. The first part of the race was lucky for us as the wind turned in the right direction for us. Then it was smooth and we went from mark to mark, faster and faster."

The change today to Time on Distance rather than Time on Time calculation - essentially giving each yacht a time correction for the course distance rather than the elapsed time sailed made a difference according to Saudade's winning tactician Bekking.

"We got a bit lucky on the first stage, you cannot tack these boats too often and I think we just tacked on the sweet spot and got a nice lifting breeze."

"We can still win it overall if we win it tomorrow but we are certainly pleased with the change to Time of Distance as we all sail the same course."