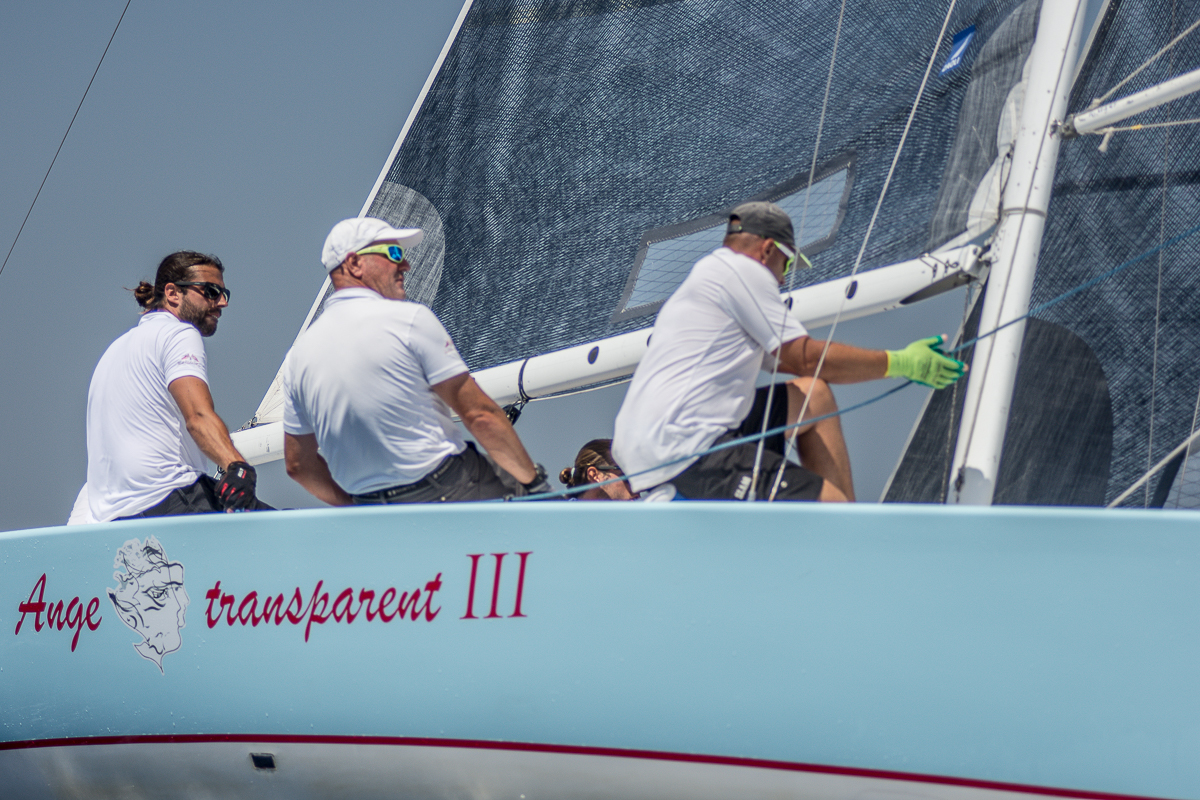 Today was the final day of three days of close and hard fought racing. Six races had already been run and today's two would decide the outcome of the event. At 11:30 AM the teams were at the starting line, preparing to sail in south easterly breezes at about six knots. It was right down to the line, Ange Transparent III (Skipper Andrea Zaoli) was just one point ahead of Beda (Skipper Francois Benac). After the first race the two teams were tied for first place. But after winning the last race, Ange Transparent III, flying the Yacht Club de Monaco's burgee, was on the top spot on the podium with Beda in second place, just one point behind. Mascalzone Latino was nine points behind in third place overall, even though she placed first in a race today for the first time at this event.

The prize giving ceremony was in the Yacht Club Costa Smeralda's Clubhouse and with this joyous and heartfelt ceremony the Coppa Europa Smeralda 888 concluded.

The next YCCS sports event, the Campionato Sociale for club members, will begin August 6th.

See all the  official documents, event programme, entry list, results and photos from the regattas on our website and via social media using #yccs #yccs50.