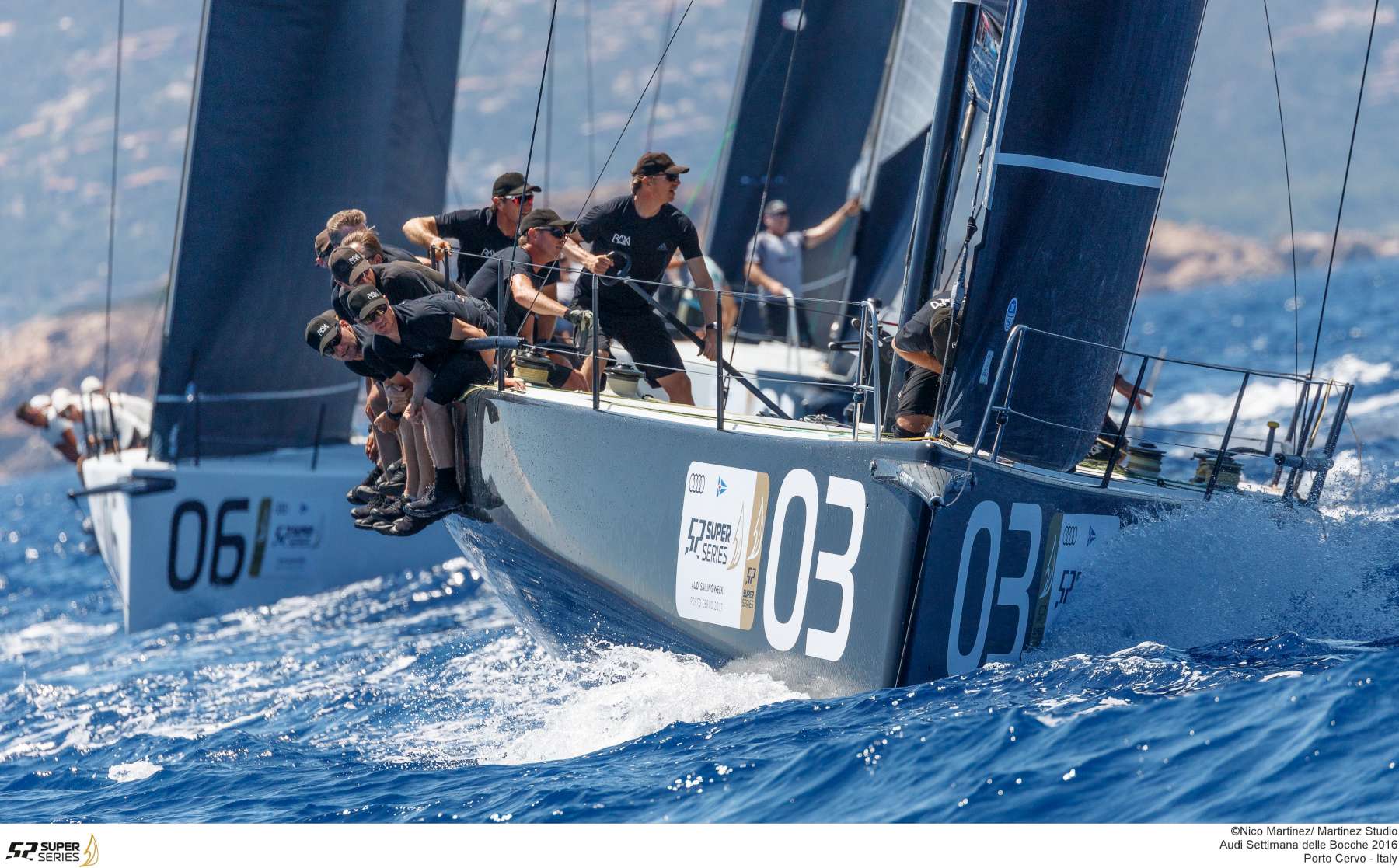 Porto Cervo, June 22nd, 2017. Rán Racing bounces to the head of the provisional results at the Audi Sailing Week - 52 Super Series, followed by Bronenosec and Sled.

The two windward/leeward races that were scheduled for day two at the Audi Sailing Week - 52 Super Series, organized by the Yacht Club Costa Smeralda with Title Sponsor Audi, got underway punctually at 12:00 noon. Winds were from the southeast at about 10 knots and built to about 12 knots during the second race. Rán Racing has captured the lead on the event's provisional scoreboard followed at three points by Bronenosec. Sled is just one point behind Bronenosec.

After yesterday's tough day and poor performance Quantum Racing, with former America's Cup sailor Terry Hutchinson as tactician, moved up the scoreboard and, with first and third place finishes in today's two races, is now in sixth place overall. Quantum got an excellent and fast start on the pin in the first race and dominated the race, lengthening her lead from start to finish. Rán Racing, with Adrian Sted as tactician, won the second race and is currently at the lead of the event's scoreboard.

Doug DeVos, Quantum Racing owner-driver, commented: "It was intense... I mean the racing was really close. First race we got a bit of a lead that was ok, but then the second race was so close, the positions change and you think you're ok and then you're not ok because a little wind shift can make a big difference, or even a puff of wind. Thats why you do this though because it's so nerve racking but thrilling at the same time. I was kind of thinking that to myself in one of those situations when my heart's racing and I'm thinking 'Why am I doing this? But that's why I'm doing it. Because I love it!".