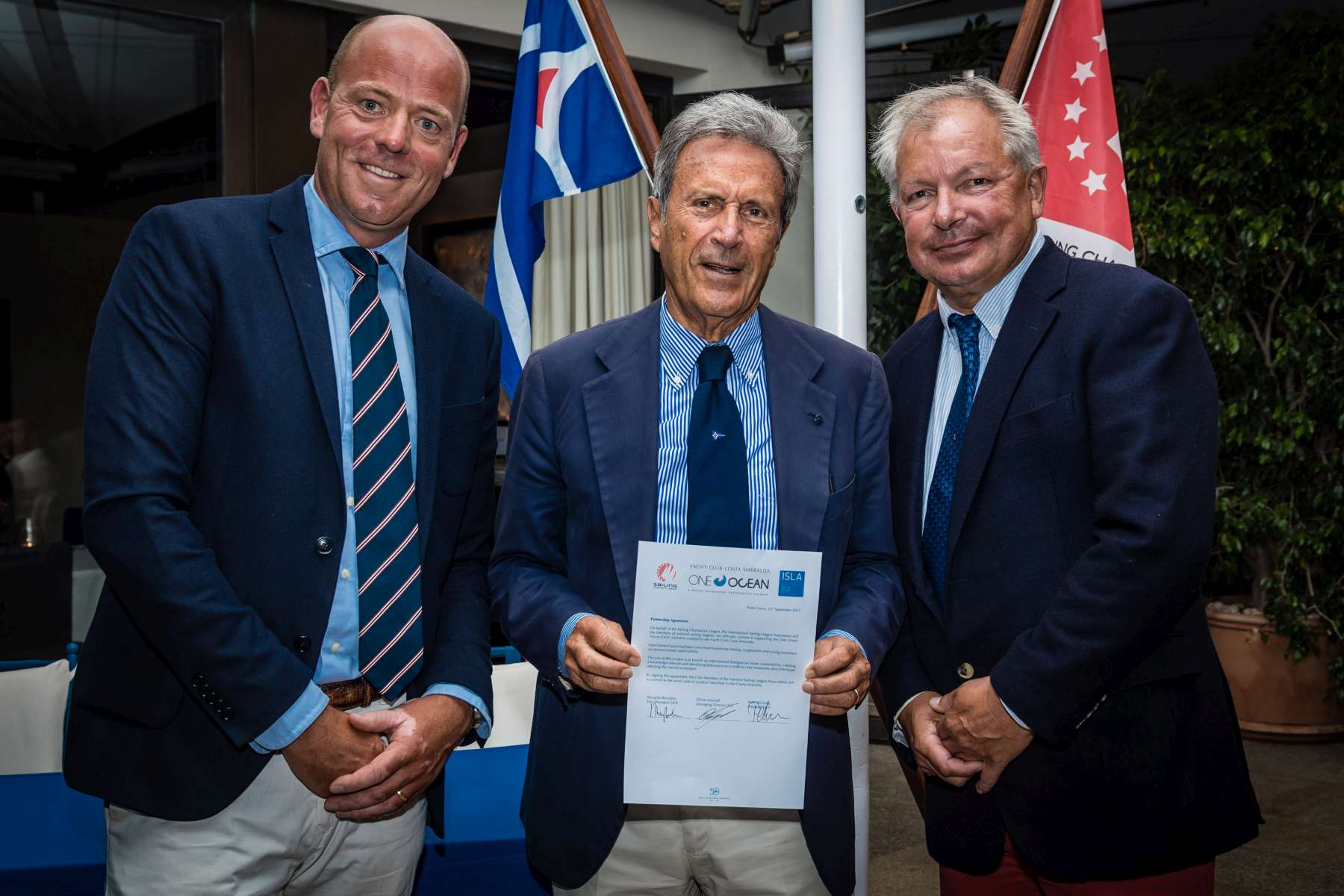 Porto Cervo, Italy. 28th September 2017. The environmental sustainability initiative promoted by the Yacht Club Costa Smeralda in its 50th anniversary year in the form of the One Ocean Forum and presentation of the Charta Smeralda in Milan on 3rd and 4th October, has garnered the support of the SAILING Champions League (SCL) and the International Sailing Association (ISLA). On 23rd September, during the Audi SAILING Champions League event in Porto Cervo, both associations signed an agreement undertaking to promote the principles of the Charta Smeralda to an audience of more than 150,000 members of international yacht clubs.

The Sailing Champions League launched a new type of sail racing competition in 2013 which would revolutionise the sport. The League sees individual yacht clubs competing in national leagues within a dedicated circuit. The ISLA was created successively and encompasses each of the individual national leagues.

"I am pleased that two associations such as the SCL and ISLA, which oversee all of the national leagues and their respective members, have given their support to our environmental sustainability initiative, undertaking to promote the Charta Smeralda to a wide audience that is closely linked to the sea." commented Riccardo Bonadeo, YCCS Commodore and Vice President of the One Ocean Forum.

Oliver Schwall, Managing Director of the SCL declared: "Behind the SAILING Champions League and the International Sailing League Association (ISLA), are up to 300 sailing clubs from 15 countries involved with more than one hundred and fifty thousand members. This gives us a great opportunity to make the ideas of the Charta Smeralda known throughout Europe. We are thrilled to integrate the One Ocean Initiative into our communication activities and I am convinced that many of the clubs will follow the Yacht Club Costa Smeralda and will adopt the ideas of the Charta Smeralda to protect the sea."