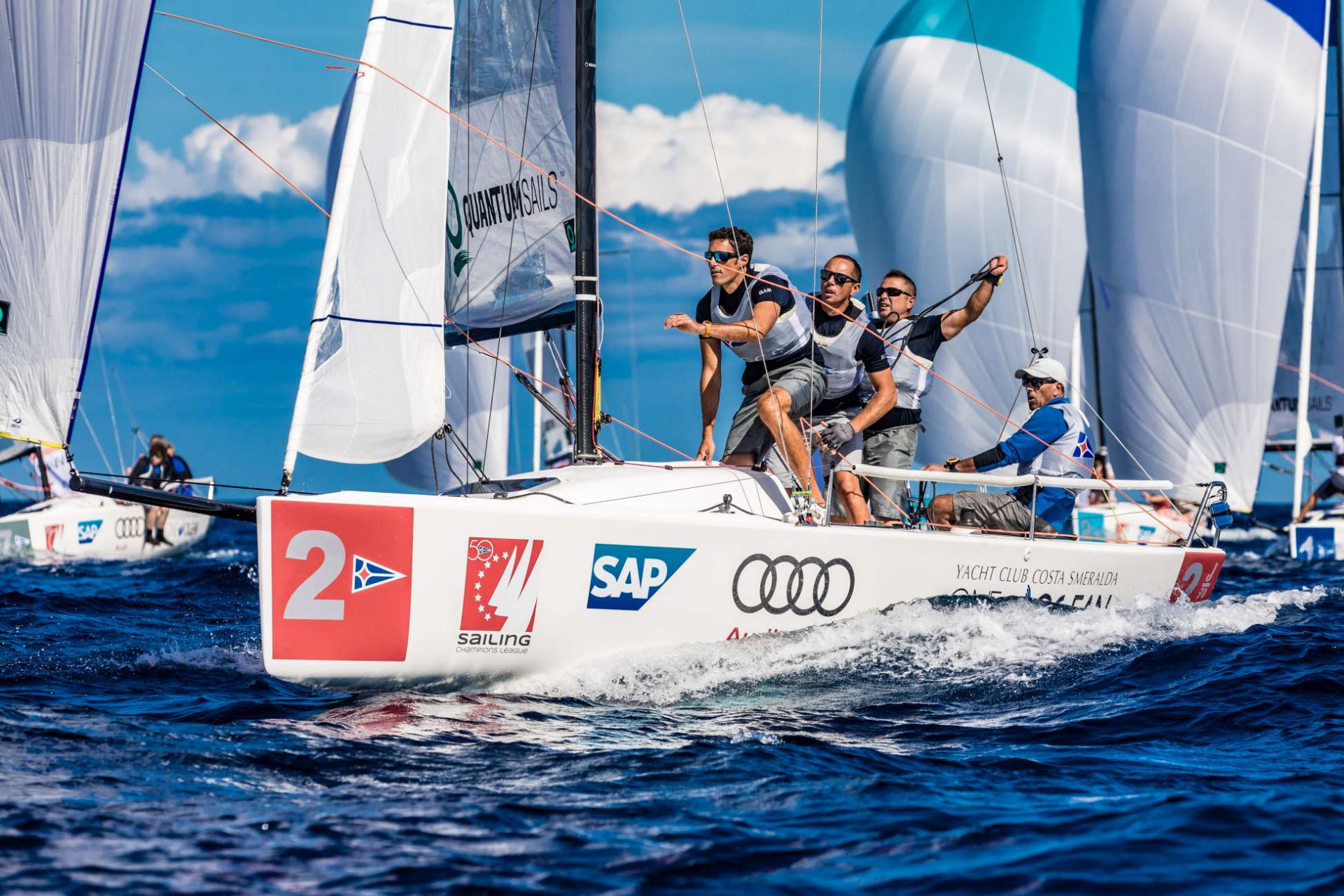 Porto Cervo, 22nd September 2017. Fourteen races were completed on the first day of the Audi SAILING Champions League Final in Porto Cervo. Organised by the Yacht Club Costa Smeralda in collaboration with the SAILING Champions League and with the support of Title Sponsor Audi and Technical Partner Quantum Sails, a maximum of 48 races are scheduled over the three-day event and competing teams have until the close of play on Sunday 24th September to claim the title of Best Sailing Club 2017.

Racing got underway this morning at 12.30 after an hour's wait for the breeze to fill in. At the conclusion of 5 hours at sea, three full flights had been completed along with two races of the fourth of a total of 12 scheduled flights. The 32 participating teams did battle on the regatta course off Porto Cervo accompanied by a south-easterly breeze of 10-12 knots which built to around 15 over the course of the afternoon. Each race saw eight teams take to the starting line aboard one-design J/70 craft for fast races of approximately 10 to 15 minutes' duration each.

Flavio Favini, an America's Cup sailor and helm of the YCCS team declared: "We didn't expect this result today, we didn't get a chance to practice over the past few days. We're really happy because we managed to get 3 wins one after the other but there is still a lot to work on. Today's conditions were fantastic, racing in 10-12 knots of breeze was great."

After the day at sea crews gathered in Piazza Azzurra for the Opening Ceremony. Racing is scheduled to continue tomorrow at 10 a.m. with the 15th race of the fourth flight, light south-easterly breezes are predicted.

Racing, together with real-time data and statistics will be available via the SAP Sailing Analytics Live Centre live broadcasting.

Keep up with daily news, photos, official documents and provisional results from the regatta on our website and via social media using #yccs50 #scl.