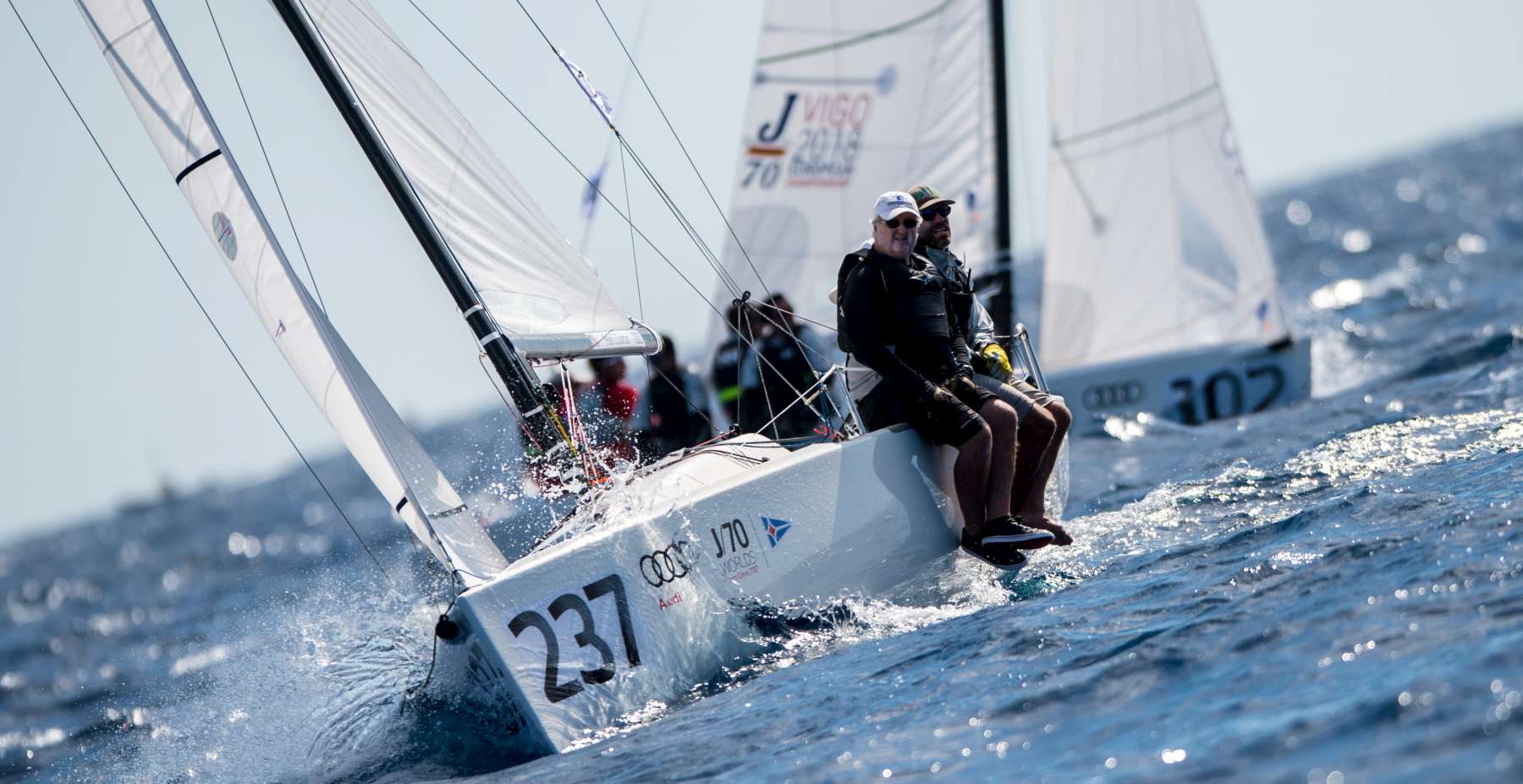 Porto Cervo, September 15, 2017. The Audi J/70 World Championship moved up a gear, as the fleets were split into Gold and Silver Fleets. The early morning westerly Mistral wind, unexpectedly piped up to over 20 knots before the start of racing, but by the end of the day, a southerly wind caused the second race to be abandoned, and racing was shortly called to a halt. Four races have now been held, constituting a series, with one day to go. Peter Duncan's Relative Obscurity (USA) holds a ten point lead for the Audi J/70 World Championship. However, with a discard unlikely to kick in, the winner is far from decided.

The top three for today's Gold Fleet race were all American; Peter Cunningham's Power Play won in shifty conditions. Despite not getting a great start, Cunningham's team, with Argentinian Lucas Calabrese calling tactics, came back to cross the finish line in first position. Peter Duncan's Relative Obscurity was second, scoring their fourth podium in the regatta and Brian Keane's Savasana made it a 1-2-3 for the Stars and Stripes. In the Silver fleet, Michael Grau's team from Hamburg, Germany racing Paint It Black, won today's race.

"We still had the Mistral wind today, but it was lighter." Commented Relative Obscurity's Jud Smith. " We thought the right would pay and it did, we rounded the top mark in second. In all my years, I have never been in a keelboat fleet this big. However, now we are in a fleet of about 80, that is similar to last year's worlds. I guess the popularity is down to the fact that the J/70 is a great boat, and it suits people of different sizes, gender, and ages, and its great to see a lot of young people at the regatta."

The Audi J/70 World Championship will come to a conclusion tomorrow, September 16, the intended first warning signal at 1000 CEST.

Keep up with daily news, photos, videos, official documents and provisional resultsfrom the regattas on our website and via social media using #j70worlds #yccs50 #myj70worlds.