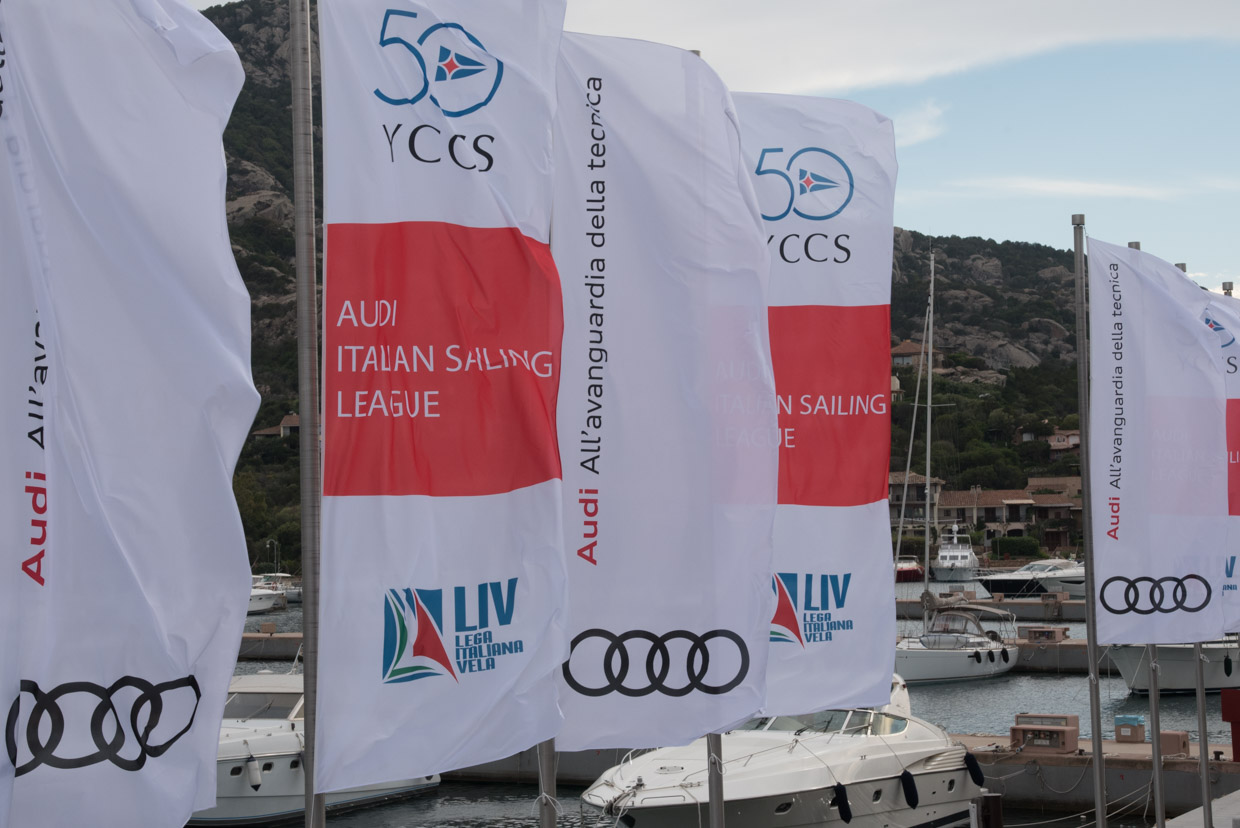 Porto Cervo, Italy. 18th May 2017. The first leg of the Italian Sailing League circuit officially got underway this evening with the opening ceremony during which teams were presented with their club flags for the event.

The first qualifying event of 2017 is organised by the Yacht Club Costa Smeralda in Porto Cervo and sees 12 teams participating. Competitors had the opportunity to familiarise themselves with the regatta course and the J/70 boats during practise today while racing proper will get underway at 11 a.m. tomorrow (briefing at 9.30) with winds of over 20 knots forecast. A round robin formula ensures that each team will race against all of the others over the course of 30 short and highly competitive windward-leeward races with 6 boats on the starting line each time.

"After the kickoff in 2015 and an exciting 2016,” declared Roberto Emanuele de Felice, President of the Italian Sailing League, we are ready for a new season that will take the Italian Sailing League from Sardinia to Trieste and on to Crotone for the national final in October. Twelve teams are competing in this first leg and the forecast weather conditions should be excellent for this type of racing; we expect spectacular and competitive performances from the clubs: these will be three days of great Italian sailing.”

The Italian Sailing League’s Executive Vice President Alessandro Maria Rinaldi welcomed teams to the first event of 2017: “I would particularly like to welcome those Clubs and teams who are racing for the first time using this formula and regatta format.”

Riccardo Bonadeo, Commodore of the Yacht Club Costa Smeralda, declared: “Interclub events are fundamental in our sport in order to attract young people to sailing, so we are delighted to host the second edition of the Audi - Italian Sailing League once again in Porto Cervo.  I would like to take the chance to welcome the teams that have travelled here from all over Italy, including our own YCCS team. Given the format of the event, with fast, technical regattas raced in a healthy spirit of enjoyment, we are looking forward to three thrilling days.”

Audi is Title Sponsor of the event. Quantum Sails and Garmin Marine are Technical Partners.

For further information, documents and the event programme please visit the dedicated section or contact the Press Office.

For further information on social media use the hashtags #yccs and #yccs50.