German Champion in the lead at SAILING Champions League 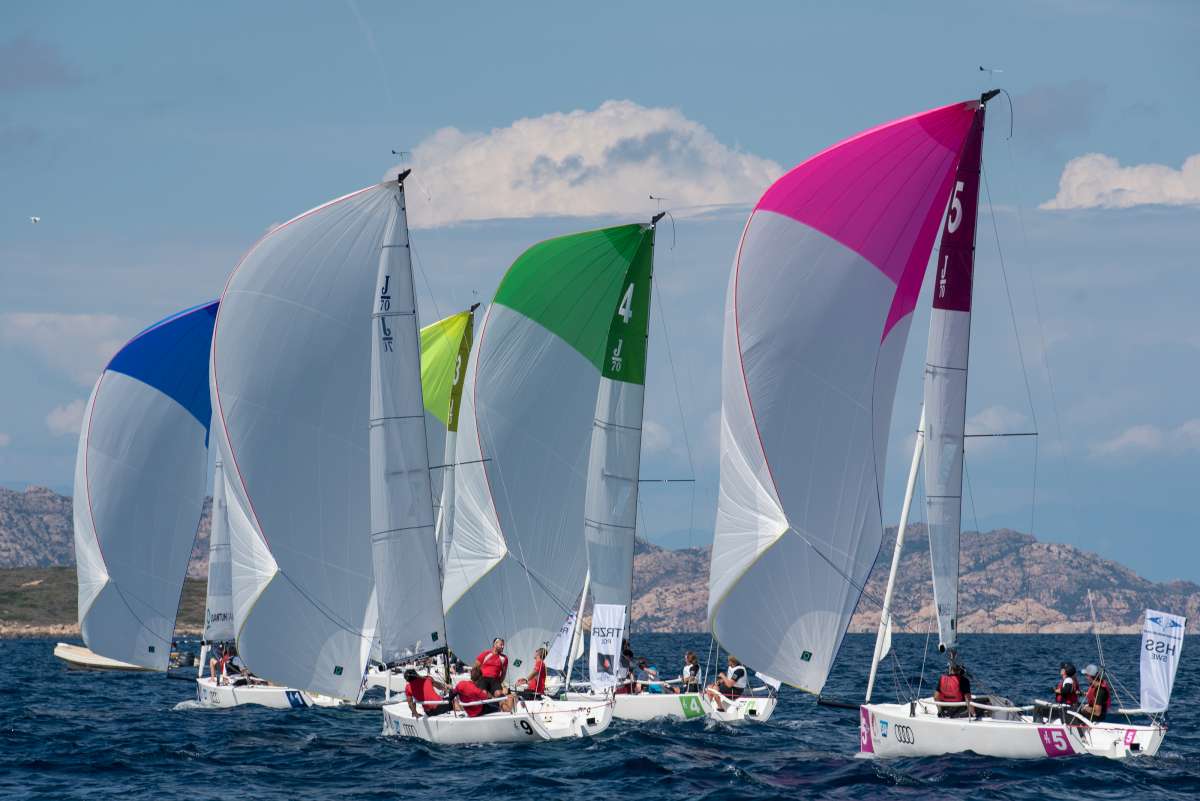 Porto Cervo, Italy. 24th September 2016. An intense first day of competition in the final of the SAILING Champions League saw the 32 competing teams on the water for more than 8 hours completing 20 races (five for each club) in total. Conditions were tricky, with a light breeze combining with choppy seas and currents to put the sailors’ tactical abilities and endurance to the test.

Heading the overall standings at the end of today’s battles are the team from Deutscher Touring Yacht Club representing Germany. Having clinched four second places and one victory today they now sit six points ahead of Switzerland’s Regattaclub Bodensee in second place. Last year’s winners, the Royal Norwegian Yacht Club, are in third place on equal points with the Swiss.

Teams set out early this morning after a lack of breeze meant racing had to be cancelled on the previous day. The windward-leeward races, which comprised 5 of the 12 flights in programme, took place on board the J/70 one-design yachts provided by the host club Yacht Club Costa Smeralda (YCCS).

“It’s quite a surprise for us to sit in the leading position. Some of the teams are far more experienced than we are and the level of competition is very high. We have a great team spirit and are getting better from race to race. We have a plan and hopefully we’ll be on the top tomorrow as well,” commented helmsman Max Weiß of Deutscher Touring Yacht Club.

Of the Italian clubs competing here in Porto Cervo the Club Canottieri Roggero di Lauria from Sicily are the best ranked and sit in fourth place overall.

Racing in the event, organised by the Yacht Club Costa Smeralda, is scheduled to conclude tomorrow, Sunday 25th September, with the title of “Best European Sailing Club” going to the top team during the final prize giving.

After a taxing day on the water, crews were able to relax and enjoy the hospitality of the Yacht Club Costa Smeralda at a Team Dinner on the Clubhouse terrace.