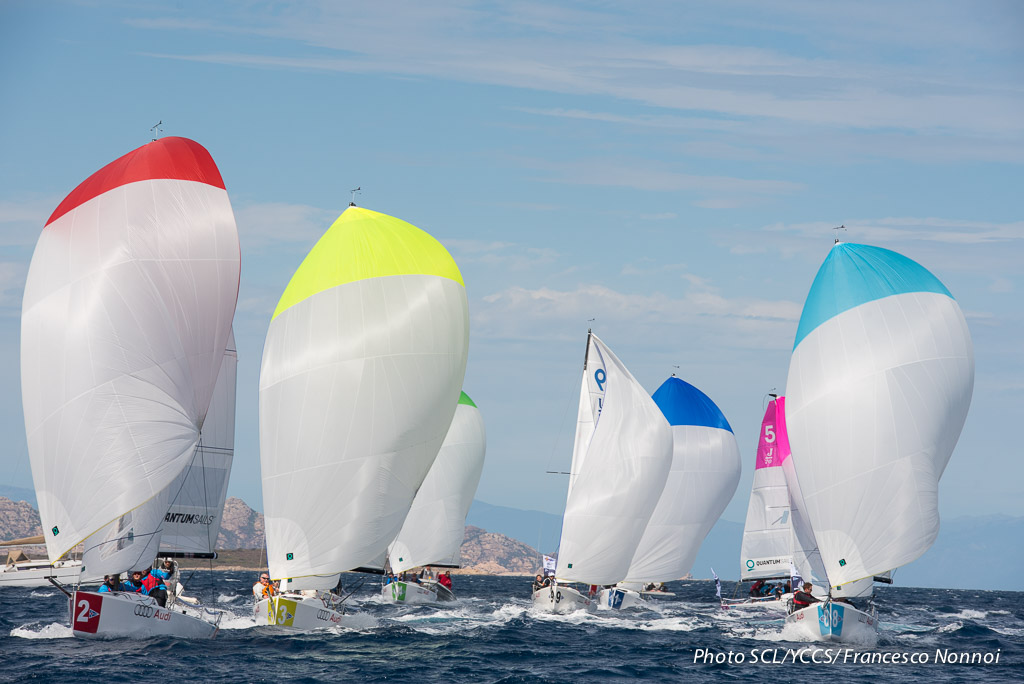 20th September 2016 – Europe´s top sailing clubs will compete in the final of the SAILING Champions League in Porto Cervo, Sardinia from 23rd to 25th September. The aim is to win the sought-after silver trophy by Robbe & Berking and earn the title of Europe´s “Best Sailing Club”.

XX teams representing some of Europe’s most respected yacht clubs will meet at the Yacht Club Costa Smeralda this weekend for the final showdown. Clubs from twelve nations, including Denmark, Finland, France, Germany, Italy and Sweden will gather in Sardinia to attempt to take the title from defending champions the Royal Norwegian Yacht Club. The teams competing in the grand final in Sardinia are champions that have qualified over the past year via their national leagues as well as the best clubs from the preliminary round held in St. Petersburg (Act I) in August.

Top sailors from various Olympic classes will feature amongst the crews on board the J/70 boats provided by the YCCS in this international competition for the European title. Short, fast fleet races are scheduled to take place from Friday 23rd to Sunday 25th September with Thursday 22nd slated as a practice day to allow all of the crews to familiarise themselves with the renowned regatta course off Porto Cervo.

The 2015 European final was also held on the waters of the Costa Smeralda and winners the Royal Norwegian Yacht Club will certainly be one of the teams to beat. The team representing hosts the Yacht Club Costa Smeralda will also be one to watch as will Russia’s Yacht Club Navigator, their crews having placed second and third respectively last year.

The starting signal for the first race will be sounded on Friday at 11.30 a.m. All races will be broadcast live and the results will be online in the SAP Live Center. Click here for all live races and further information sailing-championsleague.com or www.yccs.com.

Audi and Quantum Sails areTechnical Partners of the event.