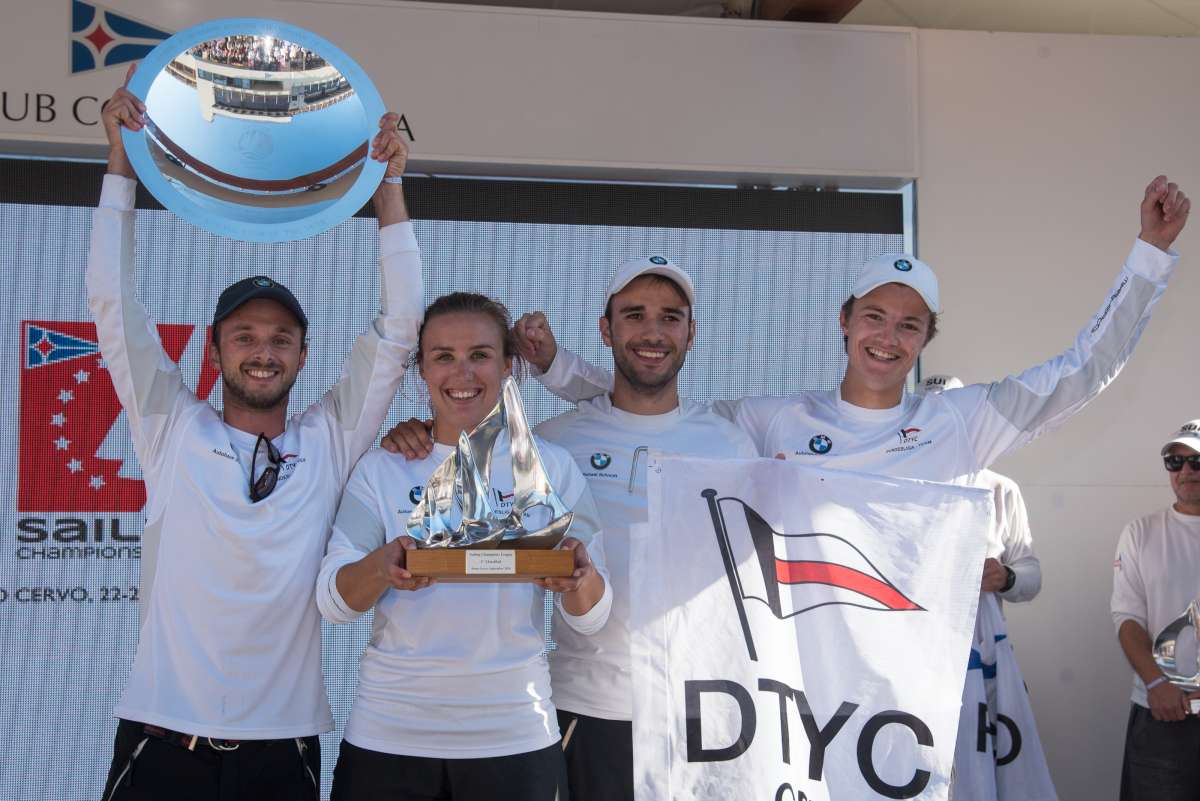 Porto Cervo. Italy, 25th September 2016. The final of the SAILING Champions League (23rd to 25th September) in Porto Cervo challenged the 32 qualified European clubs from 13 nations with light winds and choppy waves. After 34 races in total, the reigning German league champions from the Deutscher Touring Yacht-Club won the regatta at Yacht Club Costa Smeralda in Sardinia and were awarded with the Robbe & Berking Trophy for the “Best Sailing Club”. Swiss clubs the Regattaclub Bodensee and the Regattaclub Oberhofen took second and third place respectively.

“It’s unbelievable what happened here. We were a bit lucky in these conditions but in the end it worked for us. Only a few people believed that we could do it. We can’t wait to go crazy and celebrate,” said a happy and relieved helmsman of the Deutscher Touring Yacht-Club, Max Weiss.

The constant light wind conditions may have been advantageous for the winners from Southern Germany and the Swiss who claimed the final two spots on the podium. The clubs around the Alps are used to sailing on lakes with less than gusting winds, so this unusual breeze for Sardinia in September suited them perfectly  and their lower crew weights added to the advantage. Helmsman of Regattaclub Bodensee, Julian Flessati: “We are surprised how well we managed sailing on ‘this ocean’ but we are very happy to be up on the podium.”

The Yacht Club Costa Smeralda (YCCS) organized the SAILING Champions League Final for the second time and was once a again pleased to welcome clubs from all over Europe. “This second edition of the SAILING Champions League in Porto Cervo has confirmed how popular the format is with fast, fun and technical races. The qualified teams are the best from each of their respective national leagues so the level of competition is naturally very high and we have noticed the standard is even higher than the first edition. I would like to thank all of the teams who travelled here from Scandinavia, from Russia and from all over Europe to race on our waters,” said Riccardo Bonadeo, Commodore of YCCS.

The Sailing Champions League event brings a the YCCS season to a close. The next sporting event on the calendar is the Rolex Swan Cup from 1st to 5th March 2017 at the Club's winter home in Virgin Gorda (BVI).