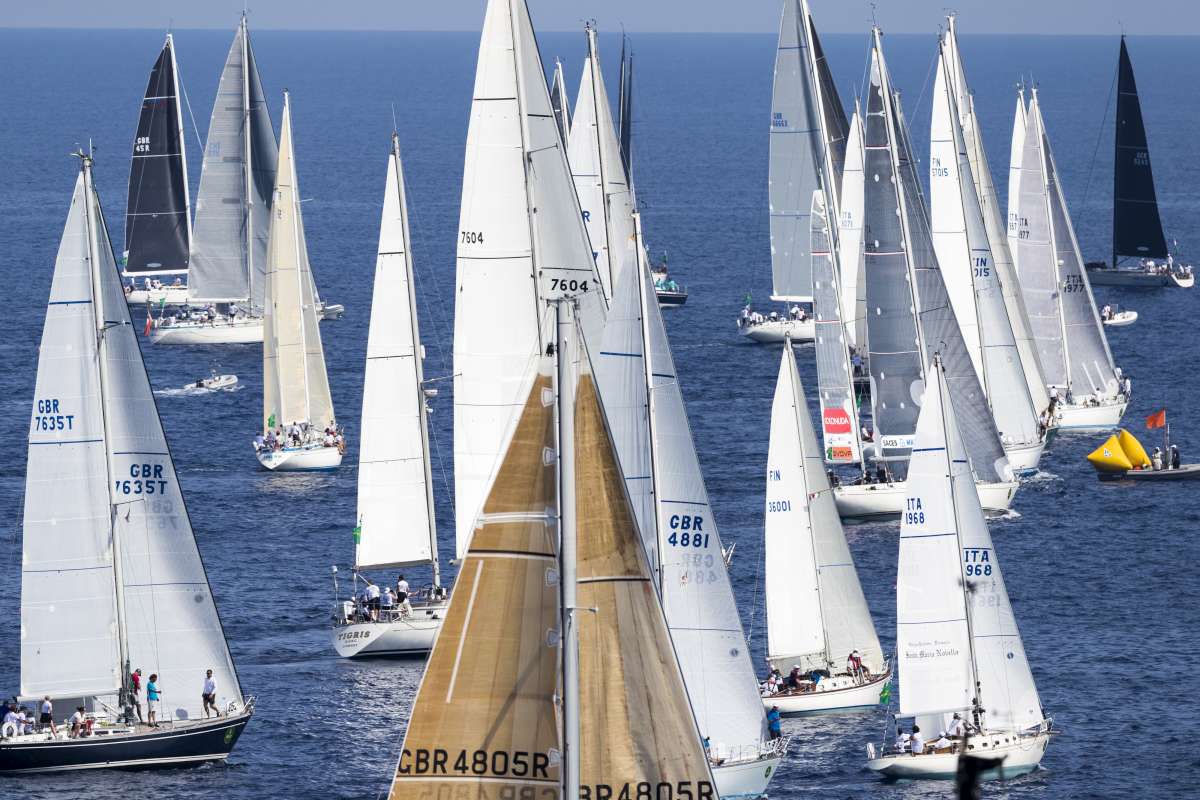 Porto Cervo, Italy. 13th September 2016. The 125 Nautor’s Swan yachts enrolled in the 2016 Rolex Swan Cup and Swan 45 World Championship took to the waters off Porto Cervo today for the first of five scheduled race days. A steady sirocco breeze allowed the one-design classes, the Swan 45s and Swan 42s, to complete three windward-leeward races while the remaining four divisions  completed a coastal course of approximately 30 nautical miles. Wind conditions were near perfect with a breeze of around 10 knots increasing somewhat over the course of the afternoon.

The two participating Swan 80s took centre stage today with Selene placing first on corrected time ahead of Spain’s Plis-Play. The Swan 90 Freya, helmed by American Don MacPherson,  claimed the final podium place among the largest boats in the fleet.

The Swan 601 Arobas immediately took the lead in the Mini Maxi division and went on to secure overall victory. The Swan 56 Yasha took second ahead of the Swan 601 Lorina 1895.

Gerard Logel, at the helm of Arobas, commented on the win: “We started badly, but then we went on the good side, having seen the Maxis sailing well on the right side and we did well. We got to the first mark in the lead. Downwind the breeze was increasing near La Maddalena and some gusts came to 15-16 knots.”

The three newly-launched ClubSwan 50 yachts – Cuordileone, Genapi and Ladykiller – tore around the coastal course to finish well ahead of the rest of the fleet. However after the application of the handicap none would endure in the top spots. Victory went to the Swan 53 Music with Mark Sadler on tactics followed by Italian boat Solenia II with Tiziano Nava on tactics. The all-German crew on Iskareen came in third.

Vincenzo Onorato’s Mascalzone Latino is the early leader among the classic Sparkman and Stephens boats. The 1971 Swan 48 Sleeper was clearly not napping today and took second place ahead of another Italian boat, Josian, owned by Eugenio Alphandery.

The battle for the World Championship title got off to a swinging start for Elena Nova, with match racer Sten Mohr calling tactics, as she posted a near perfect 1-1-2 scoreline. Holland’s Esthec took second place just one-point ahead of their fellow Dutchmen on board Motions in third.

Christian Plump, owner of Elena Nova, was understandably pleased with the first day’s proceedings: “Great sailing today in the Porto Cervo waters. The race organizers did perfect work on the race course with adjusting positions of the marks upon the changing wind direction. With 9 knots increasing up to 13 knots it was a perfect racing day. The Swan regattas in Porto Cervo are the highlights of the year.”

Two-time former winner Natalia also got off to a strong start in the Swan 42 class with a second place, a bullet and a third in today’s races. Pez de Abril, fielding an all-Spanish crew, took second place ahead of the American team on Blue. After three races, just five points separate the top five boats in this highly competitive class.

Many of the fleet will be relaxing this evening at a dinner for the Sparkman and Stephens class while racing is scheduled to continue tomorrow, Wednesday 14th September at 11.30. Sirocco breezes of 10-12 knots are predicted.