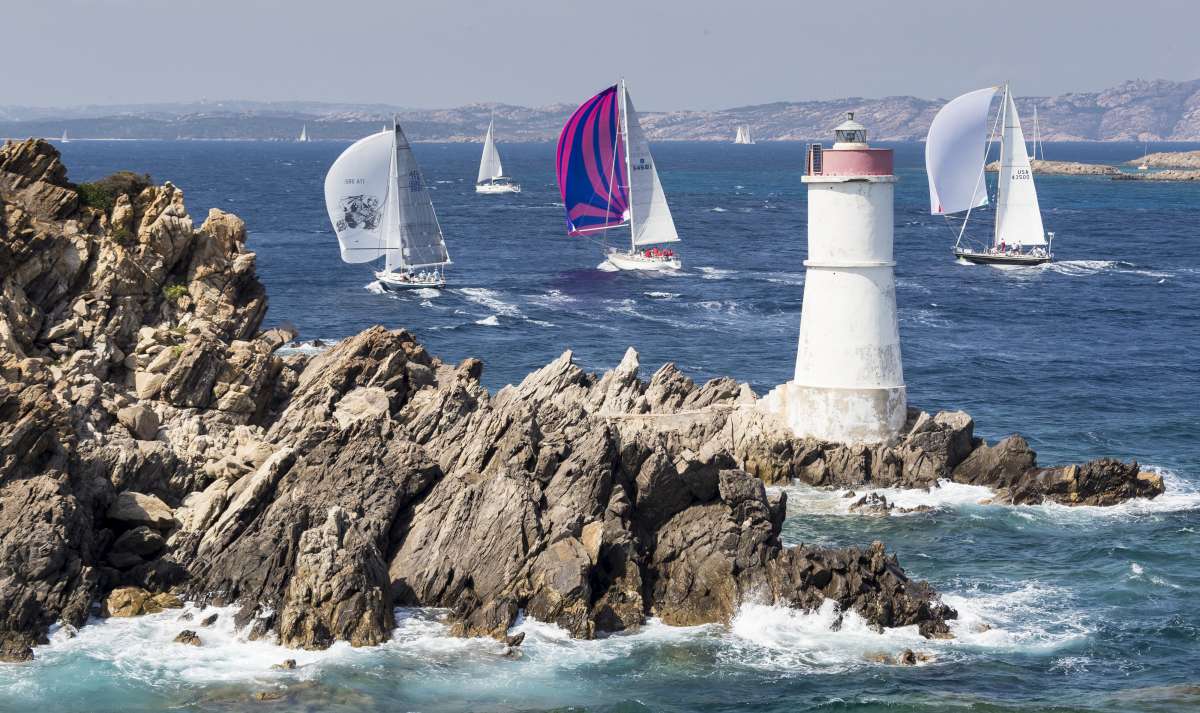 Porto Cervo, Italy. 14th September 2016. If yesterday’s 12-knot breezes eased the 125-boat Swan fleet into their first day of competition, today’s sirocco, which reached peaks of 20 knots, brought out the best in each of the six competing divisions. While some lengthened their early leads, others gained control of their divisions for the first time – but with three more race days scheduled before the coveted Rolex timepieces are awarded at the final prize giving on Sunday 18th September, no one can afford to rest on their laurels over the coming days.

The brisk breeze allowed the YCCS Race Committee to set three more windward-leeward races for the one-design Swan 42 and Swan 45 classes, while the rest of the fleet completed a coastal course winding through the islands of the La Maddalena archipelago.

Things are close at the top of the Maxi division as Selene, Freya and Plis Play alternate the top positions. Selene maintains her prime spot thanks to a second in today’s coastal race while the Swan 90 Freya moves up to second place overall thanks to a bullet today. Spanish boat Plis Play sits in third place, just  two points behind the division leader.

Riccardo Pavoncelli, owner of the Swan 651 Gaatana, enjoyed the close competition on the course today: “A great day of sea and sailing. The racing was very tight and the fleet was close together all the way through. The wind increased and this undoubtedly helped the more ‘mature’ boats like ours. The team worked really well today.”

James Blakemore’s Music, 2015 division winner at the Rolex Swan Cup Caribbean in Virgin Gorda, remains firmly at the helm of the Grand Prix division thanks to a second consecutive bullet today. The Swan 48 Solenia II, third in today’s race, remains in second overall with a slim lead over the Swan 53 Crilia.

Among the classic yachts the British Swan 48 Sleeper happily failed to live up to her name and, after winning today’s coastal race, is now in pole position ahead of the Swan 38 Mascalzone Latino, with Branko Brcin calling tactics. Another Italian boat, Shirlaf, with tactician Paolo Cian, takes the final podium spot.

With two wins and an eighth place in today’s three windward-leeward races Germany’s Elena Nova remains steadfastly in the lead in the Swan 45 Class, competing here for their annual World Championship. Closely tailing her in second place overall is Dutch Boat Esthec, which  had a very consistent day, posting a 3-2-2 scoreline. Four-time World Champion Earlybird, with Olympic champion Jochen Schuemann on tactics, climbs up to third place thanks to two fourth places and a win today.

Romania’s Natalia pulled a hat trick out of the bag today, bringing her total haul of victories to four. While the 2014 class winner reigns supreme so far, the Italian team on Bewild moved up to second place overall thanks to two second and a third on the course today. US boat Blue rounds out the top three positions.

Racing is scheduled to continue tomorrow, Thursday 15th September at 11.30. Sirocco breezes of 7-10 knots are predicted.