SCRICCA WINS THE PALERMO-MONTECARLO REGATTA AND THE TROFEO ANGELO RANDAZZO 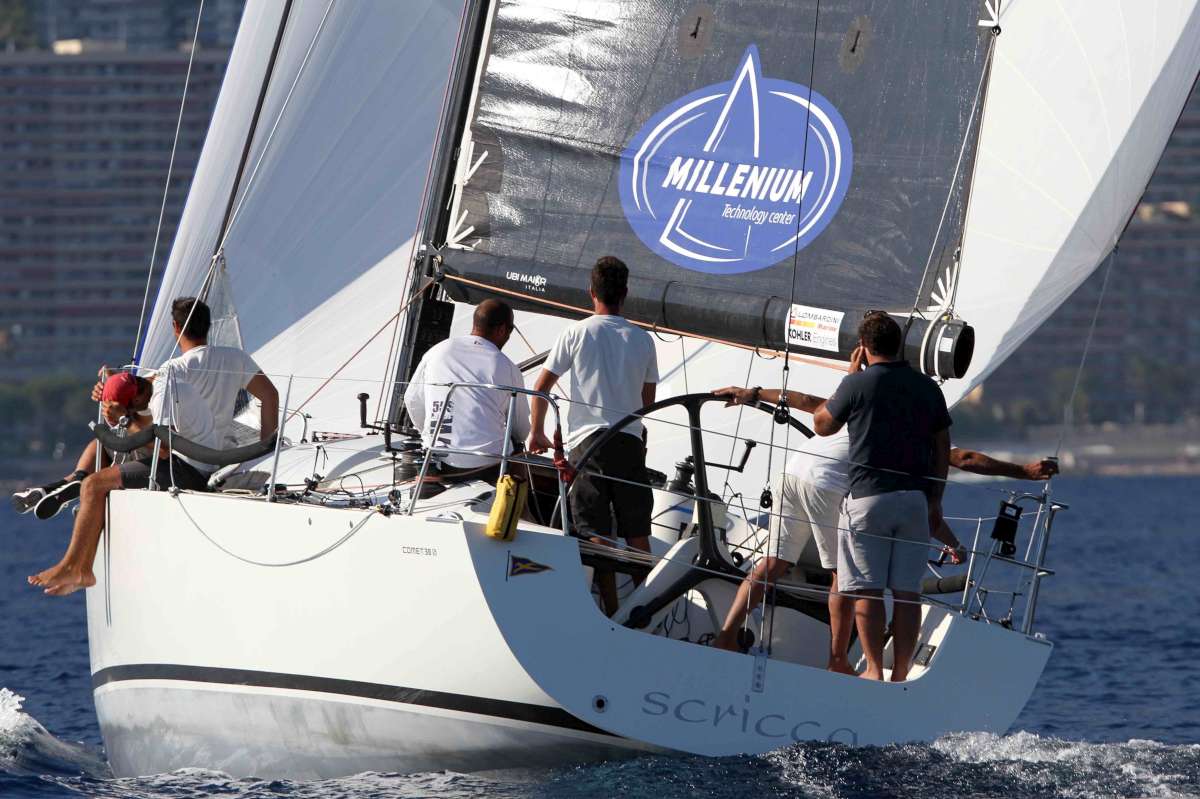 RAMBLER WINS THE TROFEO TASCA D'ALMERITA FOR THE LINE HONOURS

The twelfth edition of the Palermo-Montecarlo was an unusual Regatta. It was characterized by some moments of summer breeze but also by a storm (during the second night of navigation) that left its mark among the participants. The storm struck the fleet during the second night. While the other boats were struggling against the north-west (beyond 25 knots), Brad Butterworth was passing with Rambler the Bocche of Bonifacio (25 knots) without run into the second tempest. Indeed, It was exactly the second storm that had an influence on the course of the other boats, in particular after the gate of Porto Cervo.
The corrected time ranking of this twelfth edition rewarded Scricca (Comet 38s), Lunatika (Sun Fast 3600) and Be Wild (Swan 42) in the order. The Trofeo Angelo Randazzo was awarded to Scricca for the best result using the ORC system. The Trofeo Tasca d’Almerita was awarded to Rambler, first placed in real time.

It was such a great season for us: after the win of the Giraglia, this new success represents a big satisfaction- says Leonardo Servi, the owner of Scricca-. Thank you to all the members of the crew that have established a great harmony since the beginning: the sailor Franco “Ciccio” Manzoli, Matteo Teglia, Ivan Scimonelli, Claudio Arborea, Giuseppe Filippis, Roberto Innamorato and Marco Attanasio”.

Concerning the double-handed category, Lunatika with Stefano Chiarotti and Giancarlo Pedote did not disappoint the expectations: for Lunatika this victory represents the confirm of a wonderful season that gives them the possibility to receive, for the second time, the prize of Italian offshore Champion in the category “x 2”. I am very pleased, - says Chiarotti -, it was a demanding sailing race but fortunately Giancarlo and I founded the right dose of harmony.

“From the organizational point of view, the Palermo-Montecarlo Regatta 2016 was an excellent edition with an international profile - says Agostino Randazzo, the President of the Circolo della Vela Sicilia -. The variety of the meteorological conditions but also the increase of the 50% of the boats registered (compared to 2015) made the race demanding and funny at the same time. Scricca was one of the favourite boats for this race, and thanks to the excellent organizational skills of the team, it won the regatta. I’m also pleased that Chiarotti and Pedote, among the best oceanic sailors, are the winners of the double-handed category and placed 2nd in the corrected time ranking”.

The Palermo-Montecarlo Regatta departed Sunday morning at 12 o’clock from the Gulf of Mondello, and it was organized by both Circolo della Vela Sicilia and the Yacht Club de Monaco, in collaboration with the Yacht Club Costa Smeralda. In the twelfth edition of the Palermo-Montecarlo Regatta, there were 57 boats from 11 different countries at the starting line: Italy, USA, France, Monaco, Germany, Spain, UK, Malta, Turkey, Russia and Hungary.
There were also 6 Maxi, among them there was also the boat of the Circolo della Vela Sicilia: Buena Vista placed fifth in real time after Rambler/US, Wild Joe/HUN, Black Pearl/GER e Maverick/GB). For the ship-owners Beppe and Gigi Pannarale and also for the crew, it was a great satisfaction. The boat of the Yacht Club de Monaco, Majic 2, with Pietro D’Alì, finished in fourth position in the corrected time ranking.

The Palermo-Montecarlo Regatta was included last year in the IMA (International Maxi Association). Indeed, It is part of the off shore track for the Maxi yachts, which includes also the Rolex Middle Sea Race, the Volcano Race and the Giraglia Rolex Cup. It is also part of the Italian offshore Championship of the FIV and it contributes to assign the title, awarded to Swan 42 Be Wild of the owner Renzo Grottesi.
There is a good reason to bet that next year the regatta will increase more and more.