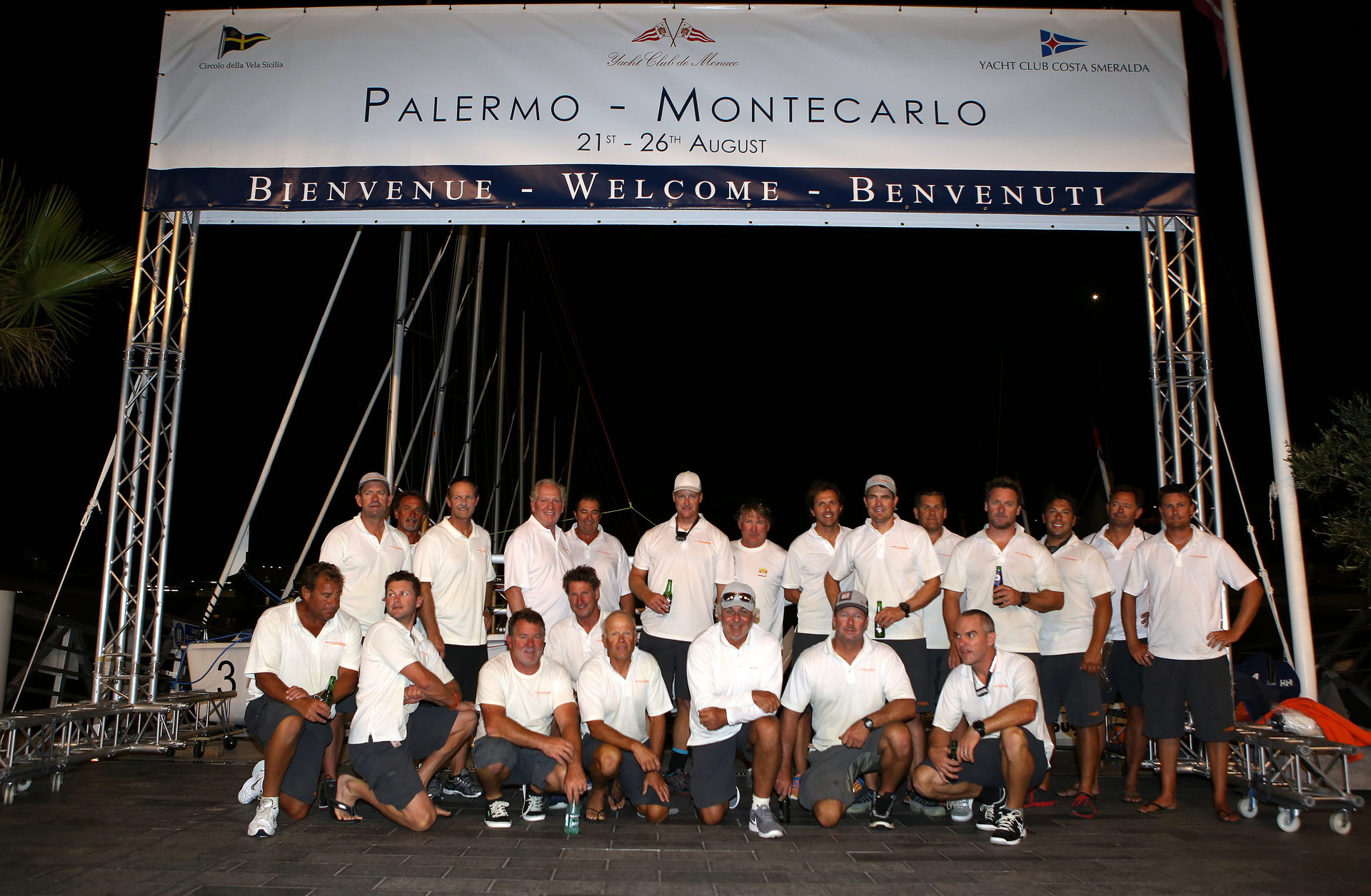 Wednesday 24th August 2016 – At 10.00pm on Tuesday Rambler 88 helmed by Brad Butterworth crossed the finish line of the 12th Palermo-Montecarlo to take line honours. The result is another notch on the trophy board of the 27m sloop, winner of the Voiles de Saint Barth in 2015 and 3rd in the Rolex Sydney-Hobart Race the same year.

As he sensed from the start, and due to conditions on the course that saw the fleet leader beating upwind, the New Zealander and four-time America’s Cup winner did not manage to beat the record, set by the 100-foot Esimit Europa 2 last year of 47 hours 46 minutes 48 seconds.

After a tightly grouped start on Sunday in a light 7-8 knot breeze in the Gulf of Mondello, competitors encountered rough seas and 25 knots on the approach to Porto Cervo with seven boats forced to abandon the race. They included the event’s 2015 winner, Extra 1 helmed by Massimo Barranco, and Ville de Genève who were lying 3rd when they had to pull out.

The next arrivals are due in today, notably the futurist Monegasque Infinity, the only foiling mono-hull to be produced in a series, belonging to Gordon Kay and currently lying 4th.

Prize-giving is on Friday 26th August at 7.30pm at the Yacht Club de Monaco.