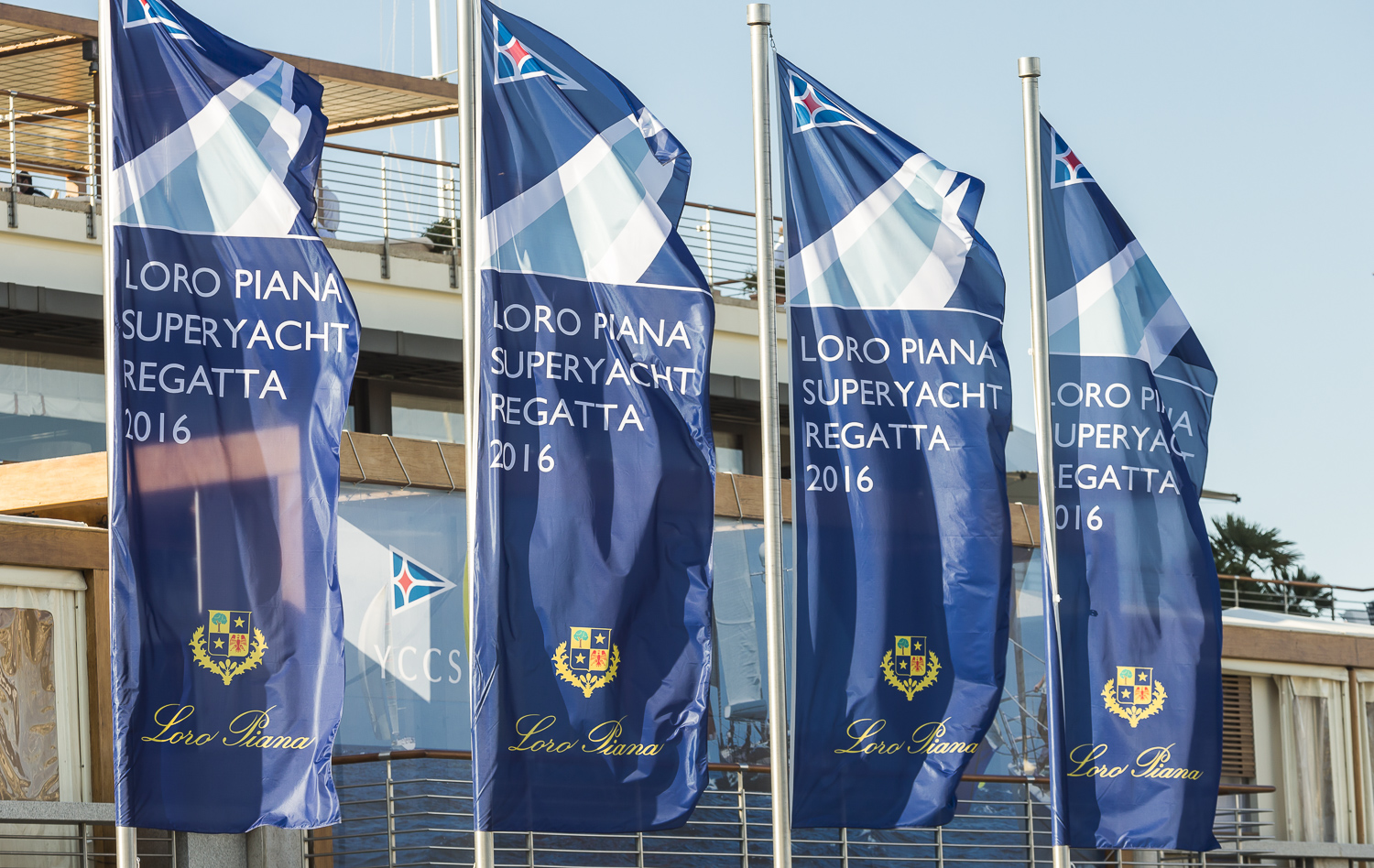 Porto Cervo, Italy. 7th June 2016. Porto Cervo has been renowned as a big-boat sailing destination since the Yacht Club Costa Smeralda began organising international events in this idyllic corner of Sardinia in the 1970s. However even for this world famous yacht racing mecca, the fleet lined up at the docks of the Yacht Club Costa Smeralda is a record breaking one. No less than 30 superyachts ranging from 24 to 50 metres in length are today putting the finishing touches to registrations and finalising preparations, making ready for four days of racing among the granitic islands of the La Maddalena archipelago. Proceedings are set to kick off tomorrow, Wednesday 8th June at 11.30 p.m. The event, organised by the Yacht Club Costa Smeralda in collaboration with Boat International Media, has been running annually in Porto Cervo since 2008 and is now complemented by the Caribbean edition which takes place at the YCCS clubhouse in the British Virgin Islands every spring.

The competing superyachts have been split into divisions based on their dimensions and speed producing characteristics. Class A groups together the largest yachts in the fleet and includes the 49.7-metre Ohana, a regular competitor in Loro Piana regattas in both Porto Cervo and Virgin Gorda, as well as the new, 2015-launched Unfurled (46-metres), which recently scooped the Sailing Yacht of the Year title at the World Superyacht Awards. Also amongst the giants of the fleet is last year's overall winner Saudade, a 45-metre Tripp design.

Class B hosts several yachts new to the event, such as the 26-metre Oyster 885 Firebird, launched this year and making her regatta debut in Porto Cervo, and the Southern Wind 82 Ammonite, owned by a an experienced racer who will be looking to make an impression during his inaugural Loro Piana event. The newcomers will be able to benchmark themselves against proven performers such as Grande Orazio, division winner in 2015, and of course Mr Pier Luigi Loro Piana's own My Song.

The 12 strong Wally fleet is very evenly matched considering the size range spans from the 24.40m J One to the 32.55m Open Season. Consider that in March at the Palma Vela curtain-raiser in early May the top three places overall were only decided on the last leg of the last race, and at the end of the series there were just 1.5pts between the winner J One and the third-placed boat. During that regatta one race even finished with the top two positions tied on exactly the same corrected time.

As might be expected, top sailing talent is not lacking on the quays of Porto Cervo Marina with a posse of America's Cup veterans, Olympic champions and round-the-world sailors assisting many highly competitive owners on board. America's Cup winner and four times Olympic medallist Jochen Schuemann will be calling tactics on the 32.5-metre Wally sloop Open Season and continuing a friendly rivalry with Ian Walker, double Olympic medallist and winner of the last Volvo Ocean Race, who sails as tactician on Magic Carpet 3.

As always with the Loro Piana Superyacht Regatta, on-the-water action will be complemented by a glittering social programme including welcome cocktails and the gala Loro Piana Owner's Dinner at the Yacht Club Costa Smeralda, with a beach-side sunset party held at the nearby Phi Beach.