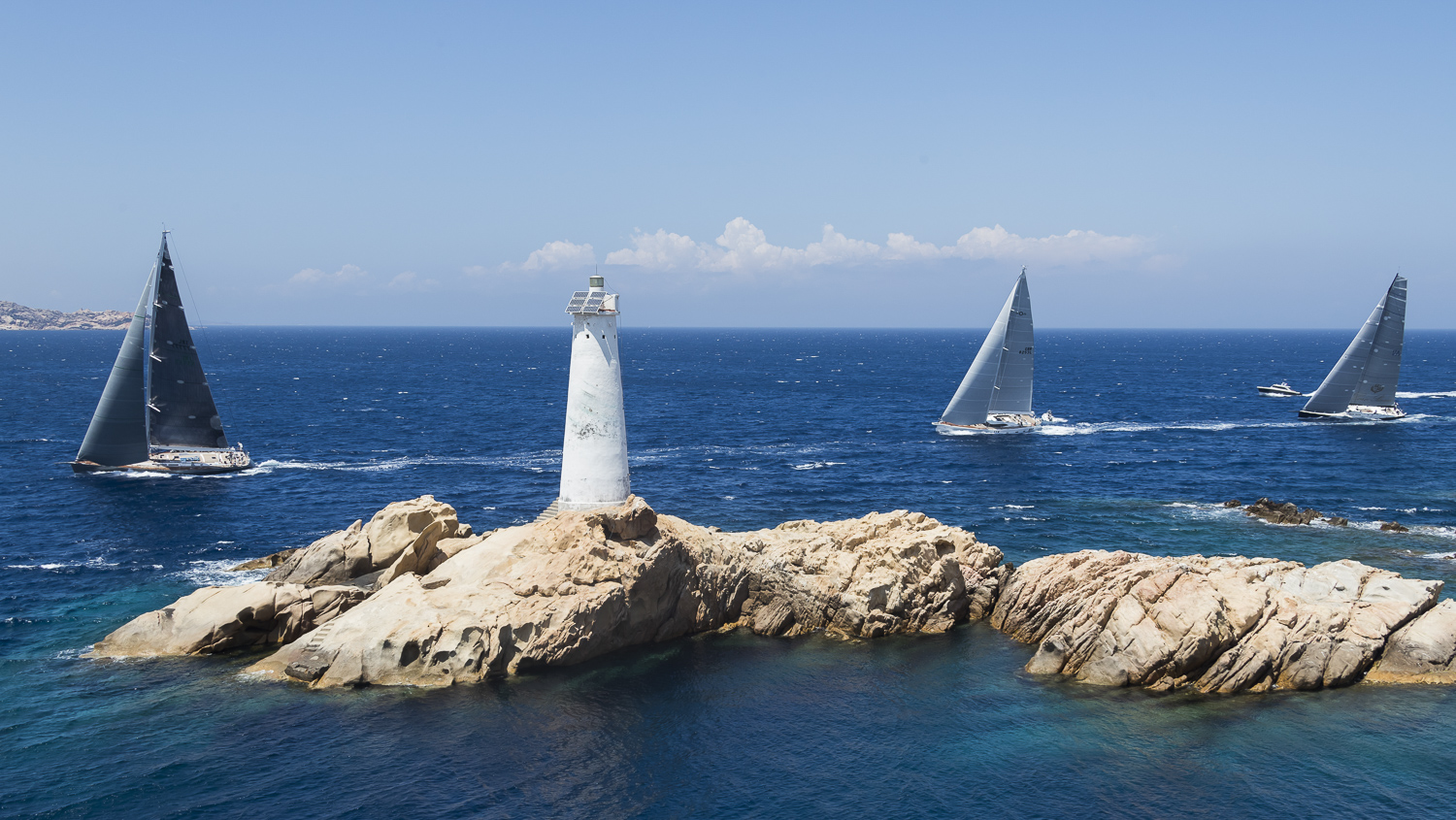 Porto Cervo, Italy. 9th June 2016. While sail selection proved critical in the stronger than expected breezes which prevailed for the superyacht divisions which raced the 36Nm course today at the Loro Piana Superyacht Regatta in Porto Cervo, the Wally fleet arrived back ashore at the Yacht Club Costa Smeralda wishing they had at least faced such a dilemma. While too much wind for the chosen sail area proved the undoing of several Superyacht teams, the Wally fleet were left wallowing in a frustrating no man’s land of light or very unsettled winds. The 12 strong fleet waited in vain from before midday until 1530hrs when the planned windward-leeward races were cancelled.

Their frustrations were made all the more acute by the fact they watched as the Superyacht divisions head off upwind to the Monaci turning mark. But by the time their start time came the fight between the SE and NW breezes had taken real hold and there was never a settled racing breeze. Alicia Ageno, navigator on the Wally Tilakkhana, concluded: “It is not so bad when you drift around all day waiting to race when there is no wind, but it was frustrating today because you could see wind and there was wind around but there was just not enough where we wanted to race.”

The remainder of the fleet had a solid test of their sail handling skills as well as making the right choice for the differing wind strengths which topped 22kts at times. In Class A Unfurled and Spiip (the former Unfurled) both lost out to the 50m Ohana – the biggest yacht of the fleet – which rumbled smoothly around the course to win by a clear margin in corrected time.

Key for Ohana was their weather information and the knowledge of Costa Smeralda legend Mauro Pelaschier. The former Azzurra America’s Cup helmsman has raced here every year since 1974 and trained on these waters for two years full time as part of the emblematic Azzurra campaign in the 1980s. Winning today as tactician on the biggest boat he has raced was a thrill for Pelaschier who started out sailing on a 12ft gaff dinghy and represented Italy twice at the Olympics in the Finn dinghy as well as steering Azzurra for the Yacht Club Costa Smeralda in Newport in 1983.

“The boat went well. For us it was really about letting it do its best work. And that was not very easy – especially in the channel at La Maddalena and Palau where the smaller boats can tack easier and closer.” Pelaschiar smiled, “And we had two different sails to make the choice of and we chose the smaller one and that was the right call. This choice was the best for us. I think the others went bigger and some had their problems.”

Two of the favourites had mechanical problems and had to retire, P2 blew swivels at the top and bottom of their headsail and Ganesha tore their headsail luff before they had even got to the Monaci lighthouse turning mark. Now counting a second and third Unfurled top the standings for Class A.

“Most of us got caught with too much sail, in our case too light a jib. We were all sailing with too much ‘rag’. So we suffered through it OK. On these boats you can’t change the jib. It is locked in. In the straits it got up to 25kts and we were way over range for our number 1 jib. But we are winning the class so we are no too unhappy.” commented Unfurled’s tactician Gary Weisman.

In Class B racing was close between Grande Orazio and My Song. But Grande Orazio were able to just squeeze ahead early in the race and move progressively away from My Song, going on to their second win of the regatta.

My Song’s tactician Tomasso Cheiffi recalls ruefully: “ It was an interesting race. With the long beat to the island and then at Secca Tre Monti (the leeward turn into the straits) we went behind Grande Orazio when we thought we had an overlap and that was it for a long time. It took us a long time to pass them. But they sail the boat very, very well and are very hard to beat. But there are two days left to still win the regatta.”

Tales of the day’s adventures were swapped back on the dock at post-race drinks on the Piazza Azzurra and at the Cocktail Competition at the Marina. The busy social programme will continue tomorrow with a Sunset Party for owners, crews and guests.

Racing is set to continue tomorrow, Friday 10th June, with the first signal scheduled for 11.30 and coastal courses on the cards for all divisions – with a possible windward-leeward to follow for the Wallys, conditions permitting.